CHRISTOPHER JULLIEN is on his way out of Celtic with Bundesliga outfit Schalke lining up a move for the towering centre-back.

Rennes and Lorient are also showing an interest in the 29-year-old French defender who cost the Hoops £7million when he arrived from Ligue 1 side Toulouse in the summer of 2019.

The champions are reportedly willing to accept £1.5million for Jullien who admitted he was “unsatisfied” with his lack of game time, as CQN reported last month. 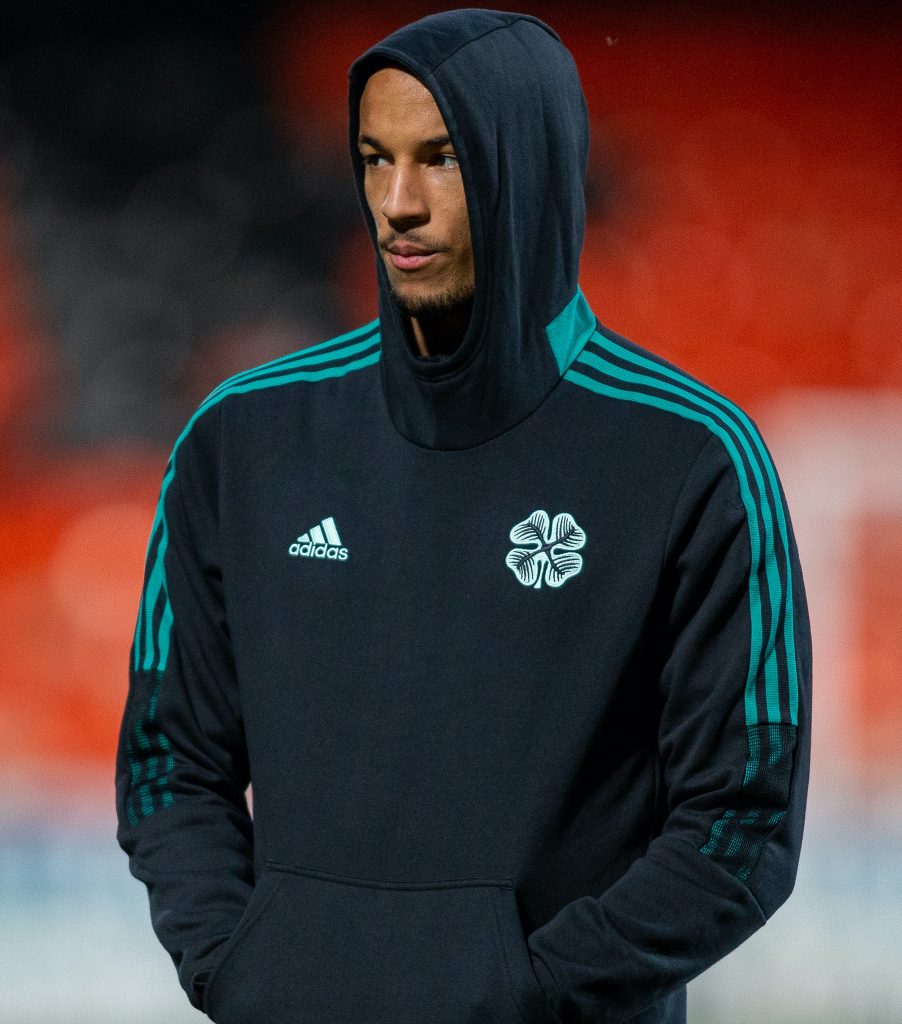 ON THE OUTSIDE LOOKING IN…Christopher Jullien is a peripheral figure before Celtic’s 3-0 Scottish Cup win over Dundee United at Tannadice in March.

The player is entering the final year of his contract and has played a mere SIXTEEN minutes in the past 18 months following his sickening collision with a goal post in the team’s 3-0 league success over Dundee United at Parkhead on December 30 2020 – only 10 days after he had picked up a Scottish Cup medal in the penalty-kick shoot-out victory over Hearts as Celtic completed the phenomenal quadruple treble.

Jullien required surgery on a cruciate ligament injury and was sidelined until his cameo appearance in the 4-0 Scottish Cup win over Raith Rovers in Glasgow on February 13 this year when he came on as a 74th-minute replacement for Cameron Carter-Vickers.

However, it looks as though that could be the stopper’s last appearance in the Hoops and head coach Frank Kramer, of newly-promoted Schalke, is lining up a swoop for the 6ft-plus back-four performer, according to a report in the Scottish Sun. 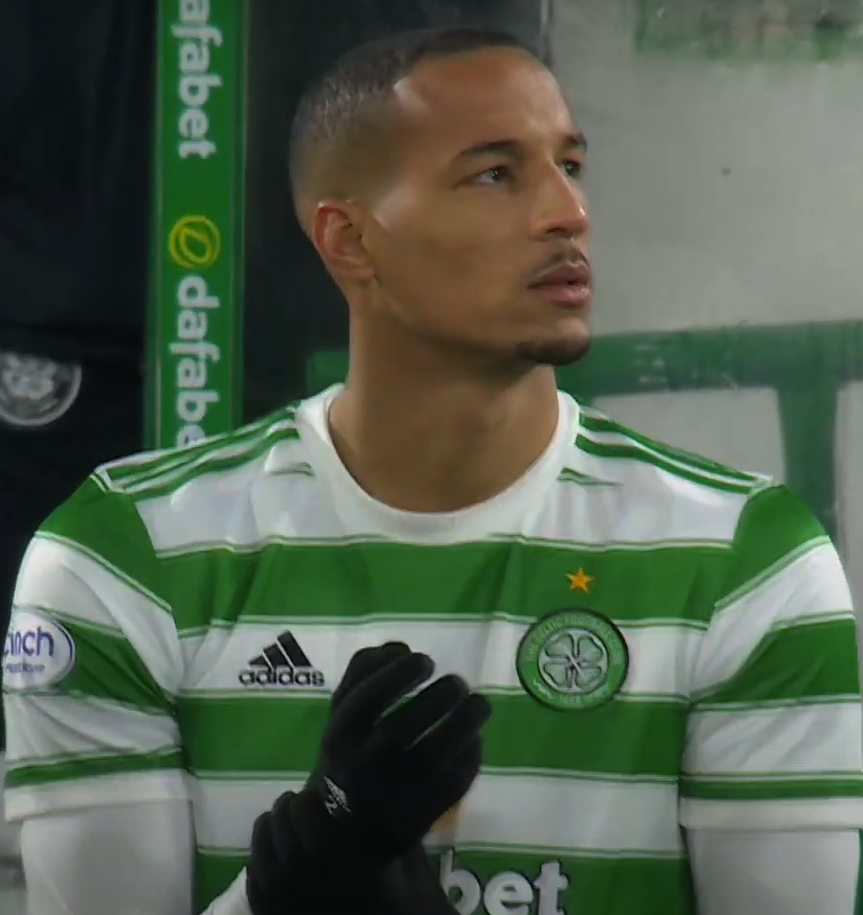 COMEBACK CELT…Christopher Jullien prepares to come on during the 4-0 Scottish Cup win over Raith Rovers at Parkhead in February.

Jullien reported for pre-season training at Lennoxtown on Monday, but, 24 hours later, posted a picture on Instagram taken from the seat of an aeroplane which could have indicated he was flying off elsewhere. The post was swiftly deleted.

The centre-half had an impressive title-winning debut season at Celtic and beca,e a firm favourite with the fans with his winning goal in the Betfred League Cup Final against Steven Gerrard’s Ibrox club at Hampden on December 2019.

Just over a year later, though, and his career was placed in jeopardy as he cleared a shot off the line against the Tannadice club and clattered into a post during his dramatic last-gasp rescue-act.

It came at a heavy cost and left Jullien frustrated as he stated last month: “Since mid-January, I feel 100 per cent, after that it is the choices of the coach. 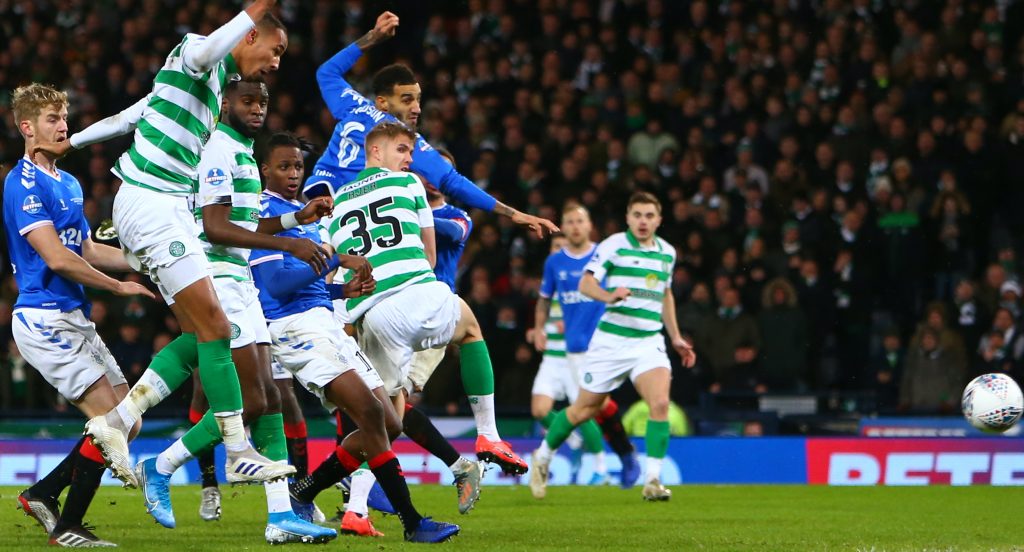 MATCHWINNER…Christopher Jullien sidefoots in the League Cup clincher at Hampden in December 2019.

“It belongs to him and he is successful. We have been champions since Wednesday and in December we won the Cup.

“For my part, I told the coach in January that I was ready to go.

“Now it’s his choice and sometimes he doesn’t name me on the bench because he prefers to take a midfielder who can play in central defence.

“I’m unsatisfied with my playing time this season because it’s frustrating and all I want is to be on the pitch.”

It looks as though the defender will get his wish – in either Germany or France.