THE reported £15million valuation of Odsonne Edouard is “far too cheap”.

The 23-year-old Celtic striker was linked with a reunion with former Hoops boss Brendan Rodgers at Leicester City and the price tag appeared ludicrously low, as CQN insisted yesterday.

Now interim manager John Kennedy has emphasised the champions have NO intention of allowing the Frenchman to leave for a bargain fee.

There appears little doubt that Edouard, who will be going into the final year of his contract at the start of next season, will quit the Parkhead club in the summer three years after joining in a club record fee of £9million from Paris Saint-Germain after an impressive season-long loan spell. 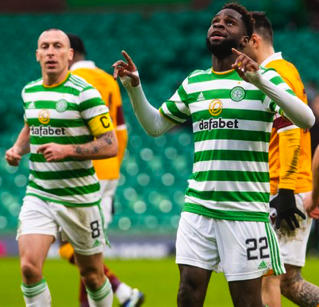 HEAVENS ABOVE…Odsonne Edouard celebrates a strike against Motherwell with Scott Brown about to join in.

The flamboyant frontman had an erratic first half of the campaign as the Hoops faltered in their quest for a historic tenth successive title, but has picked up since the turn of the year and hoisted his goal tally to 21 while winning the SPFL Premiership Player of the Month award for February.

Rodgers’ Midlands club will be in the transfer tug-of-war along with the likes of Arsenal, Aston Villa, Everton and Serie A outfit Roma while others have monitored the player’s situation.

Celtic are bracing themselves for the bids, but caretaker gaffer Kennedy, who is preparing the team for the visit to Tannadice tomorrow for the encounter with Dundee United in the midday kick-off, scoffed at the £15million rating and stressed: “That’s far too cheap for my liking.”

The former Scotland international defender is also convinced Edouard can keep his focus for the remainder of the season with the club’s defence of the Scottish Cup getting the green light from the SFA where they will face either Falkirk or Arbroath it the delayed third round at the start of next month.

He said: “It’s terrific that Odsonne has been named Player of the Month, that gives him that little bit of extra confidence. 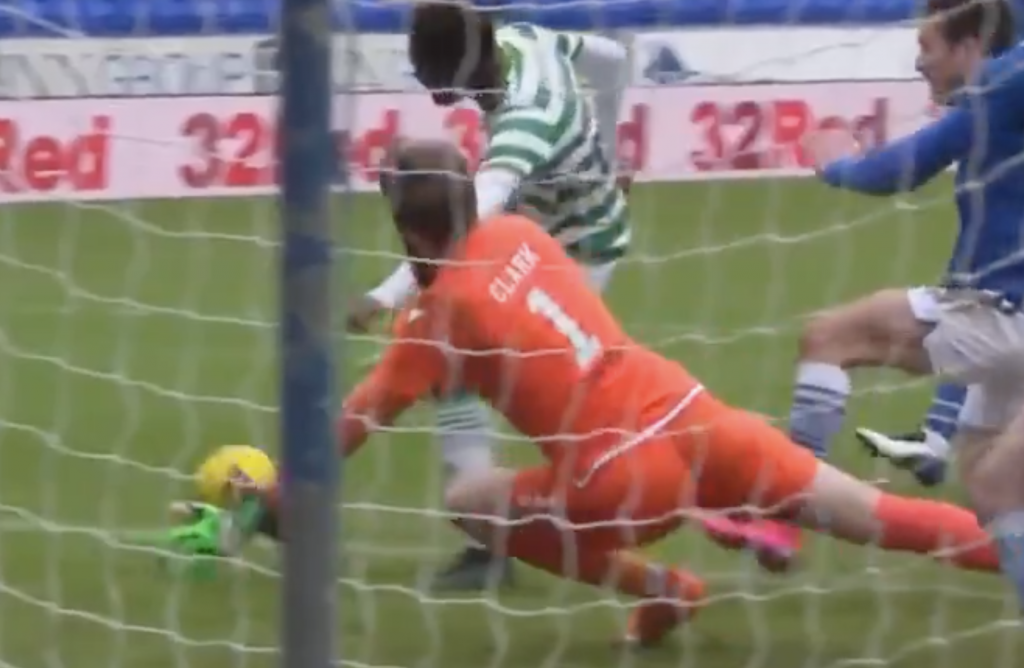 “And his performances have been far more consistent. He’s getting the goals again, which is terrific for both him and us.

“But, in terms of Odsonne as an individual, and the thing is with Celtic, any club like ours, when you have good players, they will always attract attention.

“That’s always been the case for as long as I’ve been here. It needs to be right for everyone, but we want to keep our best players for as long as we possibly can.

“He’s a terrific lad, really good to work with. And, when he’s on his game, he’s the top striker in the country – without a shadow of a doubt.

“So getting that level of consistency, naturally the attention will be attracted. But, ultimately, we want to make sure everything is right for ourselves, as well.”

Kennedy insisted the club’s track record for developing talent will allow them to set a more realistic price for their top players as they have done in the past with players such as Virgil van Dijk, Fraser Forster, Victor Wanyama, Moussa Dembele and Kieran Tierney while Jeremie Frimpong left in the January wndow in a £11.5million switch to Bayer Leverkusen.

The caretaker chief, speaking to the Daily Record, added: “Obviously, that’s down to what we’ve done in terms of either bringing players to the club or bringing them through and, as you’ll have noticed, transfer fees have increased. 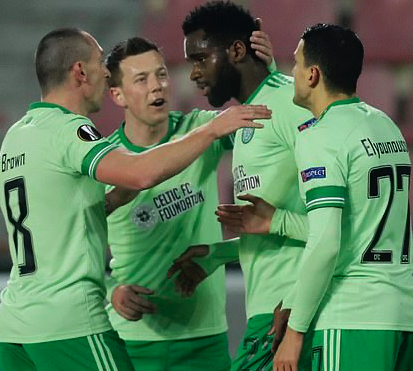 “The more you’re able to develop good players and then watch them succeed elsewhere, the more you can ask for because other clubs realise that they’ll be getting a good product when they buy from us.

“You look at Virgil Van Dijk, when we sold him to Southampton for £13million it was a big fee, but what could he go for now?

“There have been others we’ve sold since then who have also done well.

“People know what they’re getting when they buy from us and that’s good when others decide they want to take a chance on one of our guys.

“That’s why we get good money for them and why clubs come straight to us now rather than waiting to see how a player might do once we’ve sold him to Southampton or whoever.

“They’re coming to the party much earlier and we’re now at the level where we don’t have to sell cheaply.”