Celtic Quick News on News Now
You are at:Home»Match Report»17 WINS, 1 DRAW; GOING FOR 55 -YOU’VE GOT TO GIVE IT TO BRENDAN RODGERS
By CQN Magazine on 24th December 2016 Match Report

CELTIC proved to be unstoppable as they clocked up their 52nd point from a possible 54, ruthlessly sweeping past Hamilton on their way to a sixth successive Premiership title.

Even with 10 men – following a deplorable decision by blundering ref Willie Collum – they proved they cannot be beaten in domestic competition this season. 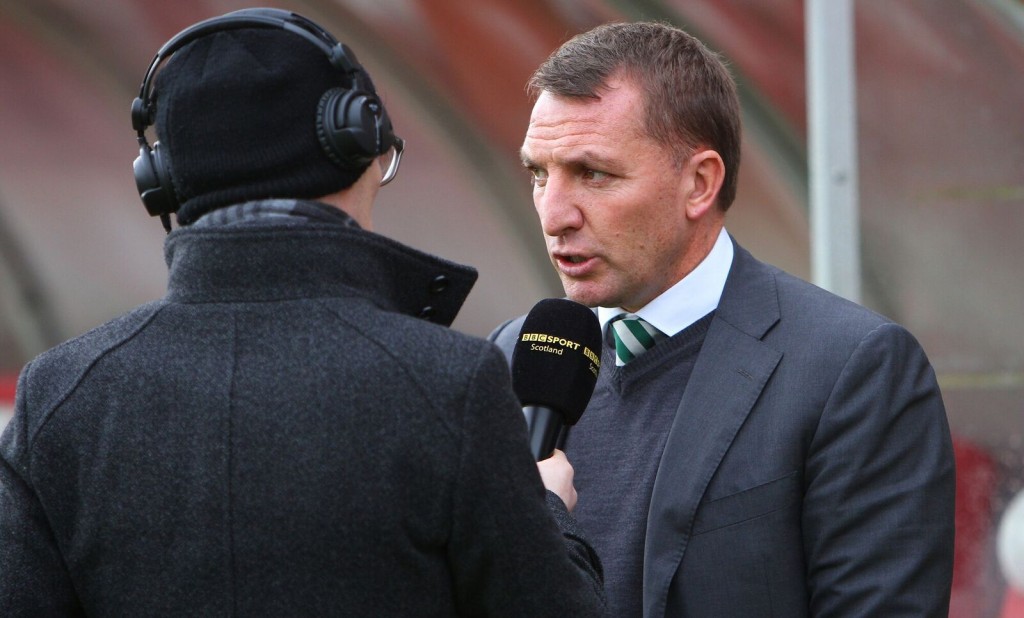 Brendan Rodgers’ side had to play almost the entire second-half with a player short after the match official decided to take centre stage, as he has done before in Celtic games.

The Parkhead men were ahead 1-0 following a first-half strike from Leigh Griffiths, leading the line in place of Moussa Dembele, and not even two minutes had gone of the second period when Collum intervened.

Callum McGregor, who had been booked earlier, went in to challenge Scott McMann with the ball in the air.

The midfielder initially had his boot up, but withdrew it well before both players crashed to the ground in an accidental collision.

However, the referee, no stranger to controversy, suddenly produced another yellow card quickly followed by a red to dismiss the Celt.

There was little point in arguing as the puzzled and perplexed midfield man headed for the tunnel.

Rodgers looked stoney-faced on the touchline and, three minutes later, reorganised his formation with Patrick Roberts making way for Nir Bitton as the Irishman beefed up the midline. 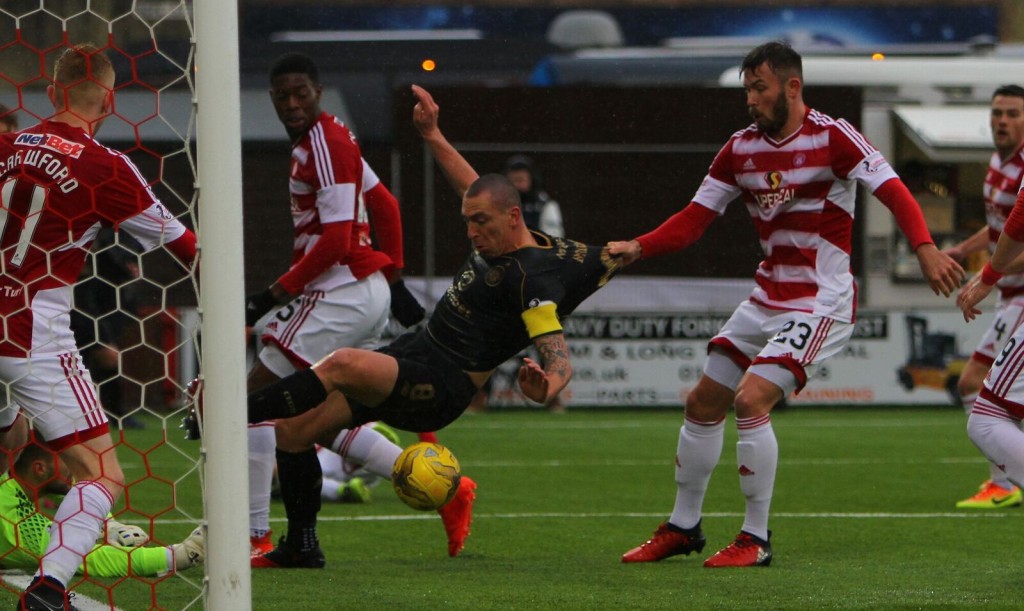 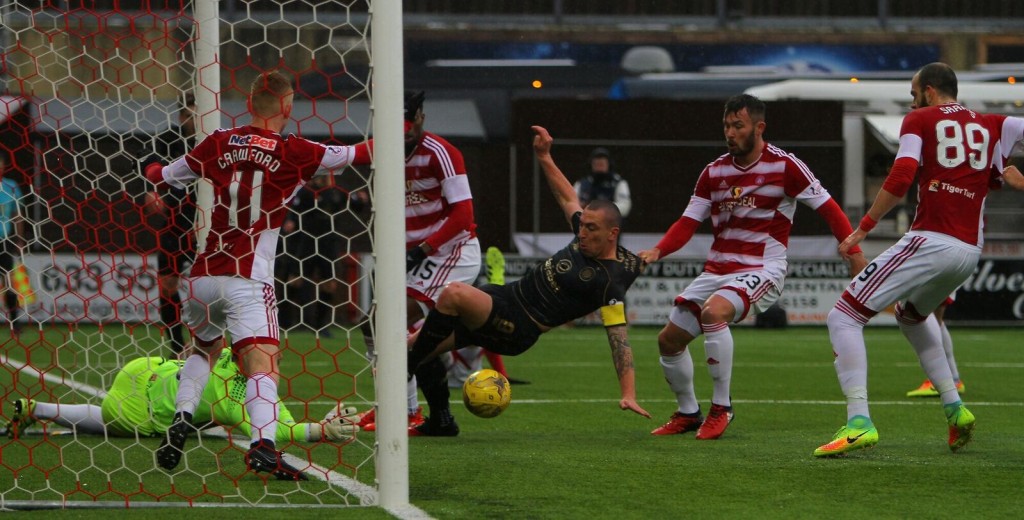 Accies must have thought they had the opportunity to become the first Scottish club to inflict defeat on the pacesetters, but this is a Hoops team that doesn’t know the meaning of the word defeat.

With Scott Brown leading by example with another tireless performance, they rolled up their sleeves and got the job done.

Not only that, but they managed to add two more brilliant goals from Stuart Armstrong and Dembele, on for the slightly injured Griffiths at half-time.

The goal from the French Under-21 international was his 18th strike of the campaign and ended his mini-drought.

Celtic almost took the lead in the fourth minute when Griffiths zoomed in a right-wing corner-kick that was met by Erik Sviatchenko, but his goalbound header took a nick off Rakish Bingham before clattering off the face of the crossbar and bouncing clear.

Eight minutes later, Griffiths flashed in another corner from the right and this time Armstrong was there to divert it towards the net.

Keeper Gary Woods scrambled across his line to get a hand to parry it away and Brown’s follow-up effort was blocked. 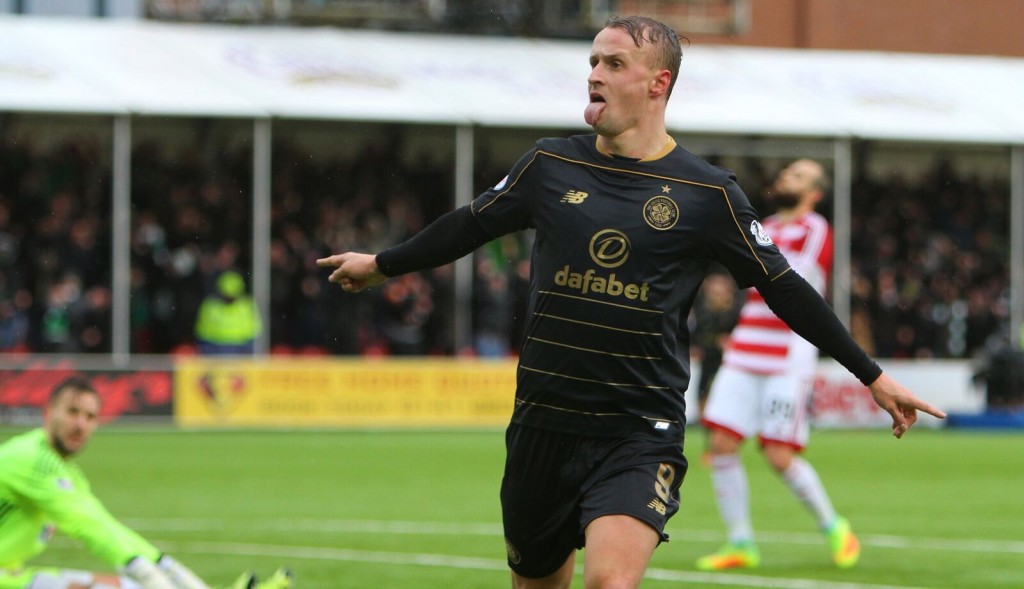 McGregor, crucially, was then booked for a foul on Dougie Imrie and Mickey Devlin joined him in the book minutes later for a cynical trip on Griffiths as he raced away.

Four minutes before the interval, last season’s 40-goal man had the perfect response when he put the visitors ahead.

Sviatchenko hacked a ball out of defence to Griffith, who was about six yards inside his own half.

He played a wonderful one-two with McGregor, hurtled towards the penalty area as he left the Accie defenders in his slipstream before calmly sending the ball wide of the outrushing Woods.

He didn’t reappear for the second-half as boss Rodgers took no risks with two back-to-back games coming up before the January break.

Dembele came on and looked eager to get into the swing of things.

Then came the mystifying decision by Collum to order off McGregor, but, thankfully, that did not interfere with the concentration levels of Rodgers’ men.

In the 54th minute, in fact, they doubled their advantage with one of the goals of the season. 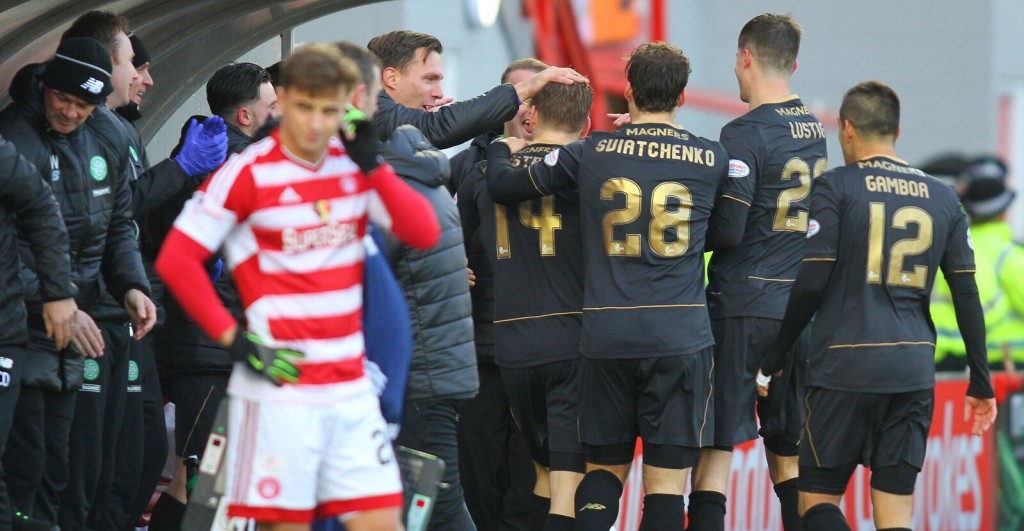 Sviatchenko got the ball rolling with a neat clearing header to Emilio Izaguirre who touched it inside to Brown who returned the favour.

The Honduran moved the ball forward to Scott Sinclair who skipped past one challenge before nudging the ball into the path of Armstrong.

The gifted midfielder didn’t hesitate as he sprinted forward and, from 25 yards, sent a thundering drive beyond the flapping Woods high into the top right-hand corner of the net.

Just after the hour mark, Craig Gordon, who looked cool and composed throughout, had to look lively to get down to his left to push away a low drive from Louis Longridge.

And the Hoops got a scare in the 73rd minute when a left-wing free-kick from Ali Crawford was met smack in front of goal by Eamonn Brophy, but his header cleared the bar.

It acted as a wake-up call for the Celtic rearguard. 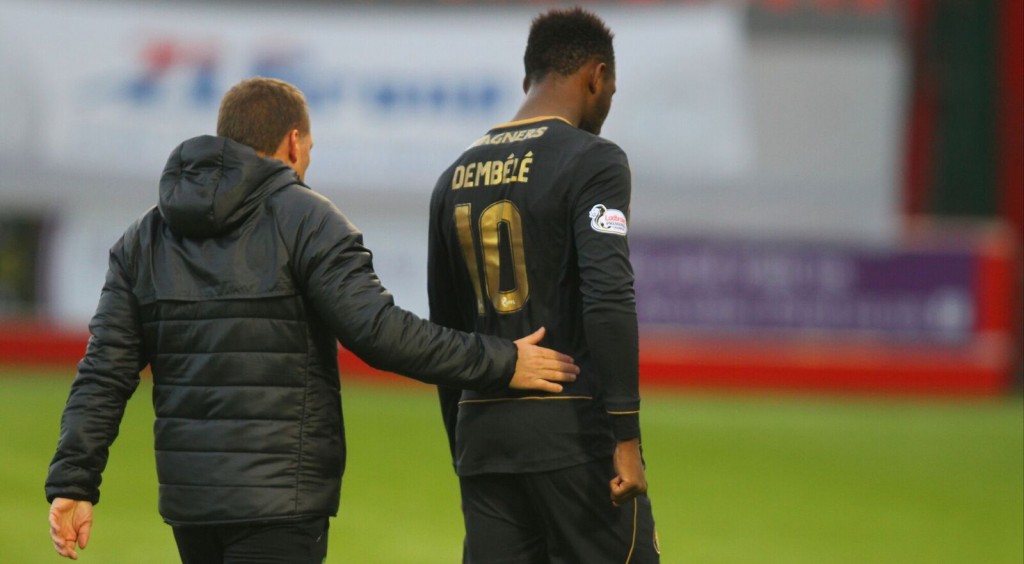 Rodgers pushed on James Forrest for Sinclair in the 76th minute and the substitute made his presence felt when he set up the killer third goal seven minutes from the end.

He finished off a good run on the left with a perfect delivery and Dembele strode in to sidefoot the ball low into the corner for an assured finish.

So, a great win for Rodgers’ men who refused to allow a nonsensical decision to knock them out of their stride.

And one interested spectator was spotted in among the travelling support – Kieran Tierney! He may still be sidelined through his ankle injury, but there’s no way you can keep this lad away from backing the team!