EBOUE KOUASSI, Celtic’s £2.8million January signing, made his long-awaited first appearance for the Hoops yesterday – in a Youth Cup win over Hibs.

The Ivorian midfielder completed his switch from Russian outfit FC Krasnodar six weeks ago, but his first taste of action was delayed following a malaria scare. 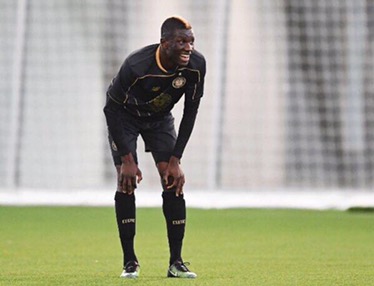 Kouassi, 19, finally made his bow at the Oriam in Edinburgh as the Parkhead Under-20s took on the Edinburgh side.

He wore the number six shirt as Tommy McIntyre’s men held out for a 1-0 victory over their opponents.

Kouassi was substituted on the hour mark after showing enough of the ability which alerted scouts to his quality. His performance suggested he could be in Brendan Rodgers’ first team plans next month.

Josh Kerr struck the decisive goal as the young Celts secured a semi-final place in the competition.

The defender fired home after Jack Aitchison had provided the pass to set him for the only goal of a keenly-contested encounter.

Get your copy of That Season in Paradise – signed by Lisbon Lion Willie Wallace only from www.cqnbookstore.com while stocks last.