The first points of the new campaign were dropped in only the second outing in a dismal stalemate against a Kilmarnock side that completed the programme by losing their Premiership status.

There was a reverse on the horizon, too, on the European front as Hoops fans disbelievingly witnessed a campaign that promised so much only weeks beforehand disintegrate before their very eyes inside such a short and alarming passage of time.

Plus there was the Boli Bolingoli situation…

Today CQN kicks off an EXCLUSIVE series as we look back to those 20 fateful days last summer when a dream began to fade all too quickly.

CELTIC carelessly threw away two crucial points in a 1-1 draw with Kilmarnock at Rugby Park in a frustrating encounter against opponents who suffocated the champions.

There was no room for Odsonne Edouard, who netted a hat-trick in last week’s 5-1 Flag Day victory over Hamilton Accies, and his team-mates to work their magic as they were forced to take long-distance shots in their effort to get a reward for their possession.

Alas, it was not to be against Killie who battled and fought furiously all the way through to the final whistle. 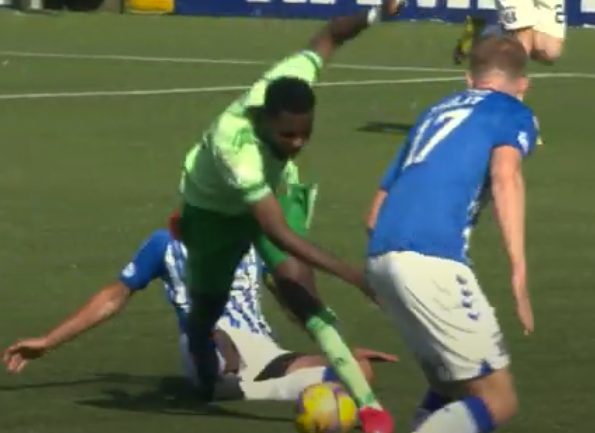 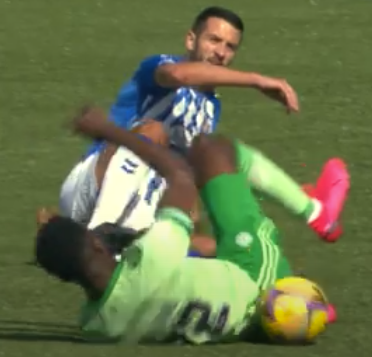 GROUNDED…Edouard hits the turf to win Celtic a decisive free-kick.

The Hoops deservedly took the lead in the 11th minute and it was justice being seen to be done following a cynical foul by Gary Dicker on Edouard that brought a yellow card from referee Alan Muir.

The French ace had turned superbly away from Kirk Broadfoot as he zeroed in on goal before being sent toppling to the surface by a deliberate trip from the Killie defender.

Ryan Christie sized up the situation 30 yards from goal and decided to sprinkle some stardust on proceedings.

The skilful Scotland international swept in a swerving left-foot effort that completely bamboozled the home side’s new keeper Danny Rodgers on its way beyond his searching left hand. 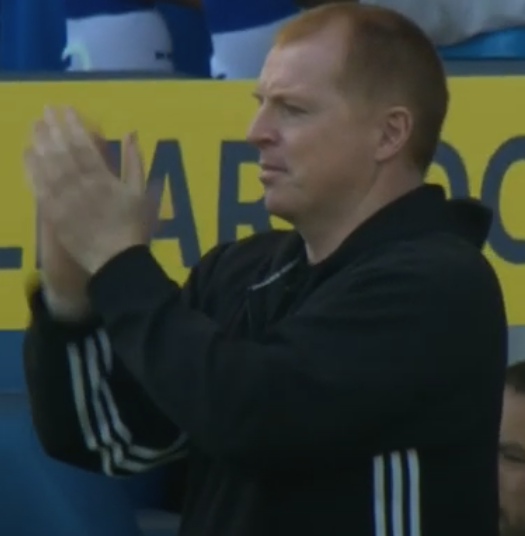 However, the advantage evaporated in the 24th minute when some untidy play from Christopher Jullien invited Killie back into the game.

He looked unsure as he tried to clear up the danger presented by powerhouse frontman Nicke Kabamba who raced onto a pass from Rory McKenzie on the left.

The French defender didn’t deal with the threat with any authority and the big striker was able to turn him on the bye-line. Jullien clearly tried to haul him back and the match official was only yards from the incident and pointed immediately to the spot.

All eyes were on £4.5million Greek international keeper Vasilis Barkas on his Celtic debut. Could he produce a save to get his Hoops career off to a flying start?

Unfortunately, the new Bhoy was left helpless as Chris Burke’s perfect penalty-kick arrowed low past him at his left-hand post. 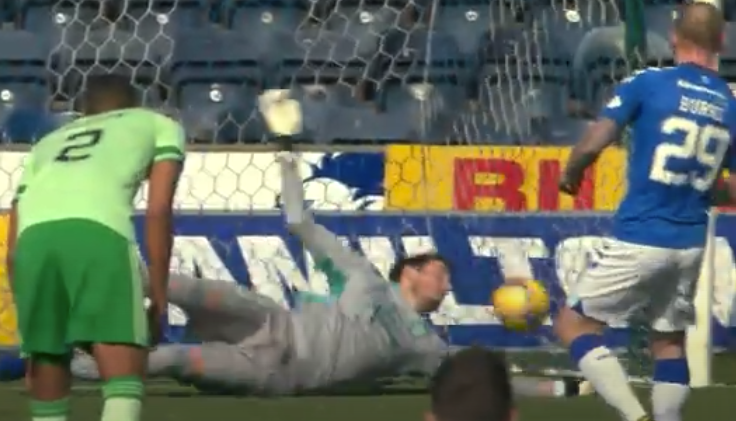 S-T-R-E-T-C-H…Vasilis Barkas is left helpless as Chris Burke’s penalty-kick eludes him at the post.

Edouard had a shooting opportunity in the 50th minute after working a neat one-two with James Forrest, but his thunderous shot sizzled off target.

Celtic’s frustration to break down a stuffy home defence was highlighted on the hour mark when Scott Brown tried his luck from about 35 yards and his effort swept well wide.

Four minutes later, McGregor came a lot closer with a 20-yard right-foot attempt that just cleared the crossbar with Rodgers scampering across his line.

In the 66th minute, Lennon made a double substitution when he put on Hatem Abd Elhamed and Patryk Klimala for Frimpong and Elyounoussi as he freshened things up.

Olivier Ntcham followed in the 80th minute when he replaced skipper Brown and shortly afterwards Boli Bolingoli came on for Taylor.

However, Celtic had to accept a point on a day to forget.

Afterwards, boss Lennon said: “Christopher Jullien will get better as the season goes on. He needs more games. He was a bit of a slow starter last season, as well.

“The goal is sloppy from his point of view, but we’re not going to throw anyone under the bus.

“It’s a team effort. We didn’t do enough to win the game and we didn’t create enough chances.”

Reflecting on the draw that sees the nine-in-a-row champions drift two points behind Steven Gerrard’s Ibrox side who had a 3-0 win over St Mirren earlier in the day, Lennon added: “I’m disappointed not to win the game because we had enough of the ball, but we gave away a poor goal.

“We never scored from open play. We scored a great goal from a free-kick, but we let Kilmarnock back into the game and we gave them oxygen.

“Second-half, it was all us. We probed, but we lacked that little bit of quality on the day. Dropped two points, if you want to look at it that way, but it could be an important point going forward.” 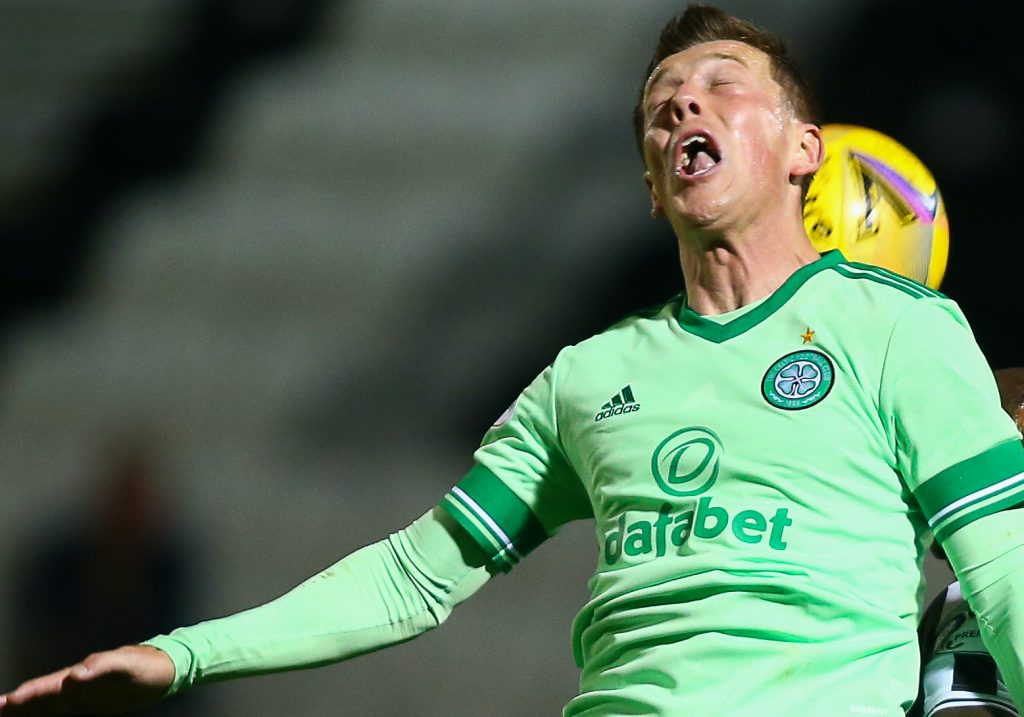 UP IN THE AIR…Callum McGregor admits Celtic were “poor” against Killie.

Callum McGregor added: “There’s a lot of football to be played. That doesn’t detract from us being poor. We understand that and we take responsibility for that as a group. We apologise to the fans for dropping the points, but the message is to stay calm.

“On another day, you nick it and everything is rosy in the garden, but it was one of those days and you have to take the criticism and move on.

“If you get too excited one way or the other then it can always change quickly.”

Asked if it was important not to overthink things in the wake of the deadlock, McGregor answered: “I think so. You can easily get bogged down and start picking too many holes.

“We know where we went wrong, the final pass and the wee bit of quality was missing and we never defended properly, but we need to stay positive.

“There’s a lot of football to be played. It was frustrating, of course. It’s the second game in and we’ve dropped points and given ourselves some work to do.

“Performance-wise, it wasn’t good enough from us, but we got a point, we need to take it and move on.

“We certainly have to learn from it. There were probably spells in the game where we were dominant in terms of possession and pinning them in, but probably just that final bit of quality was missing.

“It’s something we’ll look at as a group and go again. It’s disappointing, but we’ve got to pick ourselves up.”