FORMER Celtic loan striker Oliver Burke is determined to silence the critics who insist he doesn’t have the ability to justify the enormous transfer fees that have been splashed on him.

The Scotland international has racked up £28million in two big-money moves with a £13million switch from Nottingham Forest to RB Leipzig in 2016 and then a £15million deal from the Bundesliga outfit to West Brom a year later.

Burke was desperate to put down roots in Glasgow when he joined the Hoops in January last year in a temporary contract from the Championship outfit.

He scored four goals in 19 appearances, but it was clear he had no future at the champions when Neil Lennon excluded him from his Scottish Cup Final squad to face Hearts in the last game of the season at Hampden on May 25.

Sixteen-year-old Karamoko Dembele got his place on the substitutes’ bench in the 2-1 triumph over the Edinburgh outfit that sealed the unprecedented treble treble.

Burke, 22, agreed another temporary switch in the summer when he signed a season-long deal at Spanish side Alaves and became the first Scot to score in La Liga in over 33 years last week as he bagged the winner in the 2-1 victory over Eibar. 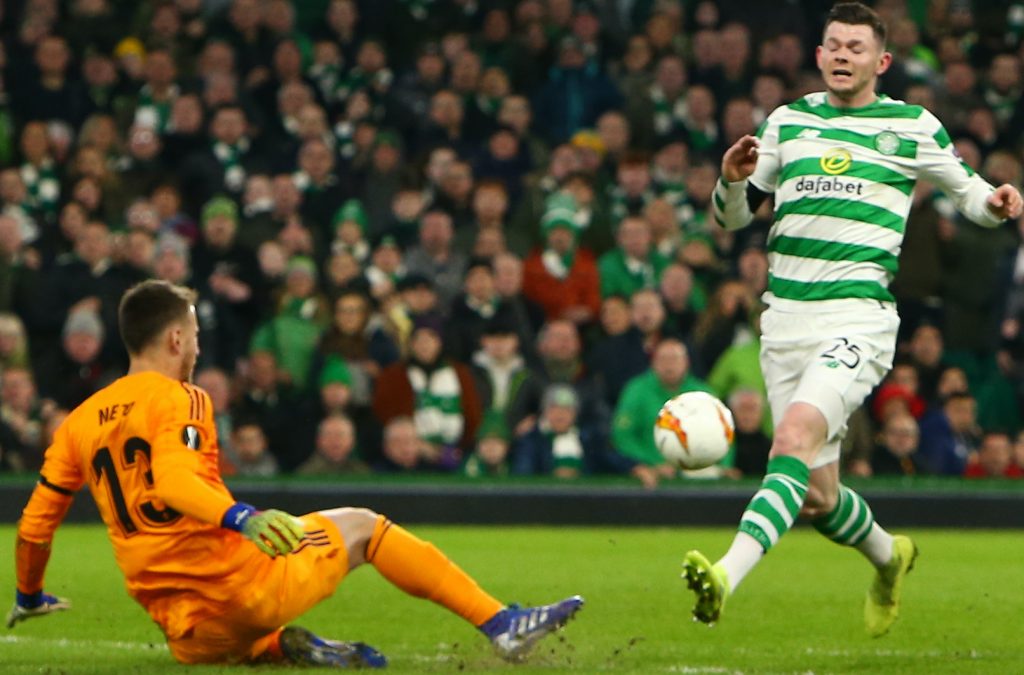 DENIED…Oliver Burke is out of luck as the Valencia keeper kicks clear in Celtic’s 2-0 loss at Parkhead a year ago.

The powerful attacker, speaking to the Daily Record, admitted: “For me, right now I’d like to find myself a club where I can settle, enjoy and play week in, week out.

“And find my confidence again, which I’m slowly getting back, to prove all the doubters out there wrong.

“There’s a lot of doubters out there – there’s always going to be – but I’d love to throw it back in their face a little bit.

“Hopefully, I can do my best here at Alaves and I’ll have a bright future.”

Burke has played for six clubs in six years and revealed there have been been low moments.

He added: “For a certain amount of time, it sort of started when I made the move to West Brom.

“With the manager change and getting the injury at the beginning – everything gets on top of you. Not playing as much, not even being part of the team. You feel left out. You do lose that love for the game.

“Obviously, I was coming into training, and as soon as I was out on the pitch I loved it. But it’s when you come away, you go back home, you overthink everything. 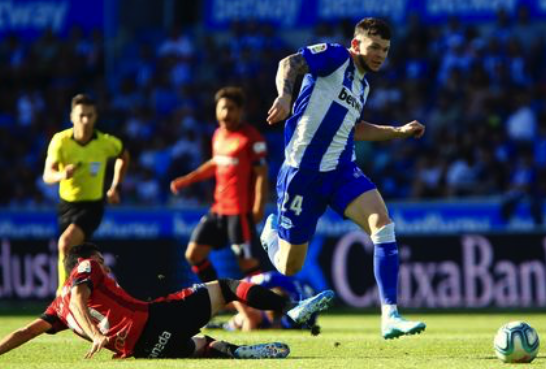 ON HIS WAY…Oliver Burke, in the blue and white of Alaves, races past a defender.

“But it’s part of the game, you just have to learn, push yourself forward and know that there’s light at the end of the tunnel.

“Yes, I did lose some love for the game; but playing again like I am now, I’m really happy and I love it again. It’s a great feeling.”

Coincidentally, one of Burke’s last games for Celtic was just over a year ago when he led the line against Valencia in the Europa League last-32 encounter in the Mestalla Stadium.

The Hoops were already trailing 2-0 from a disappointing display in Glasgow and, following a first-half red card for Jeremy Toljan, on loan from Borussia Dortmund, they lost 1-0 to conclude their European adventure for another season.

It is ironic that Burke may rediscover the form that make him such an attractive proposition not so long ago in the same country where his Celtic experience was slowly coming to an end.