Celtic Quick News on News Now
You are at:Home»Latest News»300 REASONS TO BE CHEERFUL, BRENDAN
By CQN Magazine on 24th January 2019 Latest News

When the exciting Timothy Weah rolled the ball into the Paisley side’s net to make it 4-0 it was the 300th domestic goal during the Irishman’s reign since he arrived in May 2016.

Rodgers has seen the club reach the astonishing haul of goals in just 120 games, while with the team have conceded 71 over the same period.

The Hoops have won 95 of those games, drawing 17 and losing eight and, of course, they have won seven domestic trophies – back-to-back trebles and this season’s Betfred League Cup.

Rangers and Hearts have each conceded THIRTY-ONE goals against Rodgers’ side, while Aberdeen have lost 28. 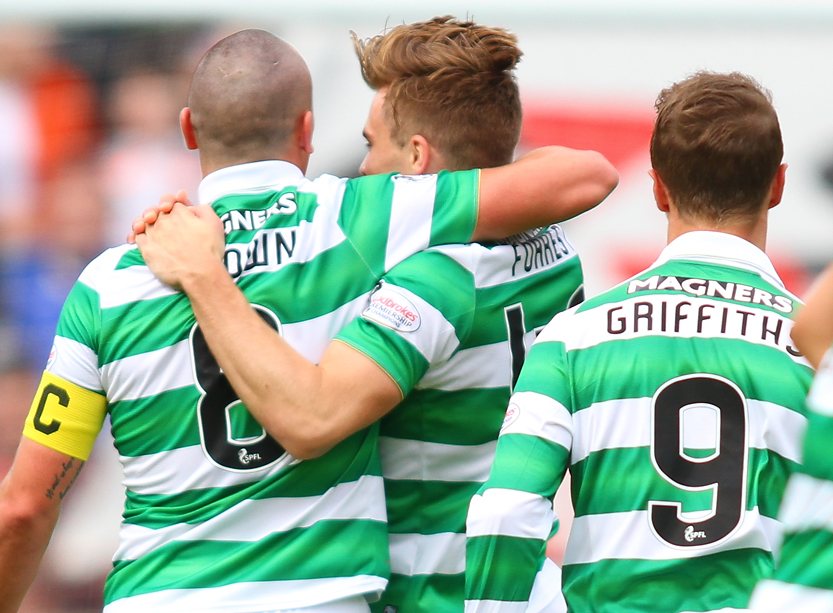 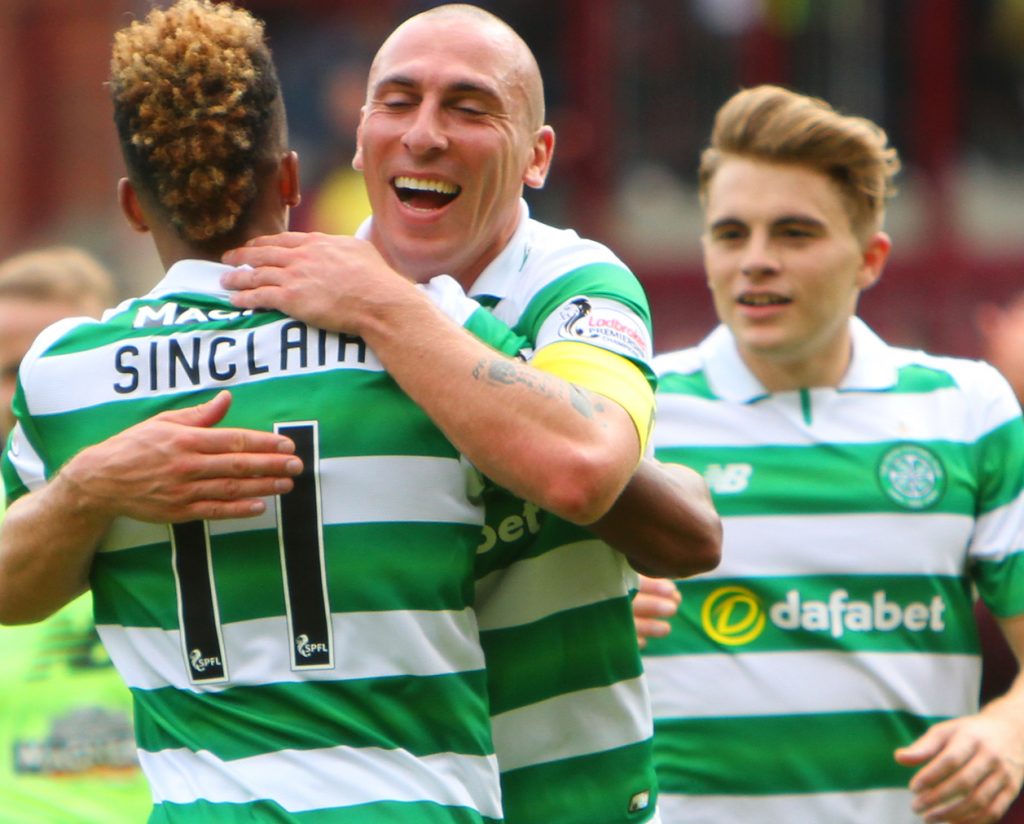 THE WINNER…new Bhoy Scott Sinclair accepts the plaudits from skipper Brown and Forrest after netting the first of his 55 goals against Hearts at Tynecastle in August 2016. Pics: Geo.

Over the past two-and-a-half years, only Hibs have gone into double figures with goals scored, netting 12 against the Hoops while conceding 14.

Kilmarnock, second in the Premiership, have lost 24 goals in 10 outings while Saturday’s opponents, Hamilton Accies, have conceded 19 goals in eight games.

Scott Sinclair leads the individual striking list with 55 goals, while Moussa Dembele claimed 51. James Forrest is on 36 while Leigh Griffiths has hit one more.

It was Forrest who got the goals haul underway, scoring the first of the 300 domestic goals in a 2-1 win over Hearts at Tynecastle back in August 2016 on the opening day of the season.

Sinclair, who had just arrived in a £4.5million switch from Aston Villa, netted his first Celtic goal minutes after coming on as a second-half substitute to claim the winner on his debut.