FORMER Celtic striker Chris Sutton has no hesitation is insisting Odsonne Edouard is worth £40million.

The one-time England international reckons the French ace is now worth more than FOUR times what the champions paid for him in the summer of 2018.

Edouard persuaded the Hoops hierarchy to shell out a club record £9million to bring in the flamboyant frontman from Paris Saint-Germain following an impressive season-long loan.

And the team’s talisman stepped in to become the attack’s main man when countryman Moussa Dembele left in a £19.8million switch to Lyon only a couple of months afer his permanent deal.

The fans’ favourite brought down the curtain on the club’s unprecedented treble treble campaign when he scored a double in the side’s 2-1 Scottish Cup Final success over Hearts on May 25 last year at Hampden.

And he has continued his sparkling form this season with his mesmerising free-kick effort in the 4-0 win over Motherwell at Fir Park in midweek taking his goal tally this time out to 24. 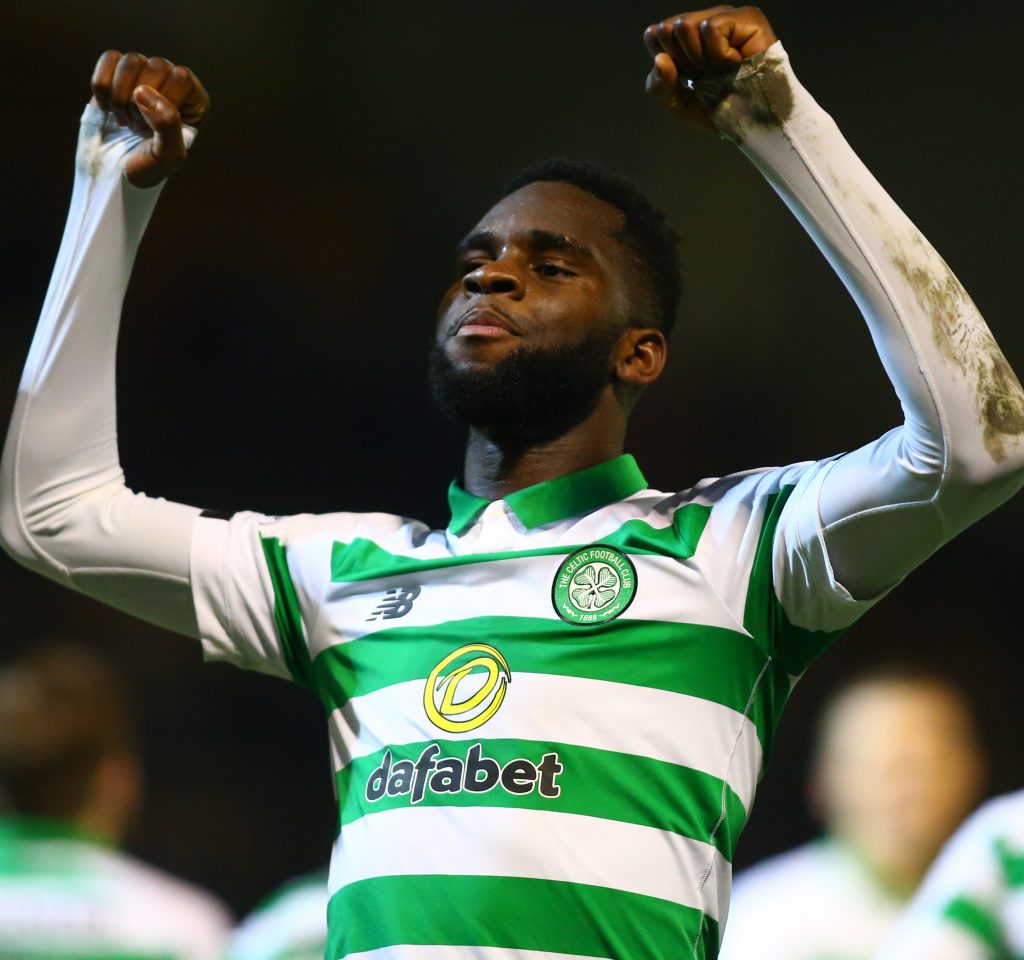 ED BHOY…Odsonne Edouard takes the applause of the fans after his stunning free-kick against Motherwell.

Clearly, Sutton has been impressed and he told the Daily Record: “Odsonne Edouard is worth £40million.

“He’s the best striker Celtic have had since my old sidekick Henrik Larsson left.

“And, if the club do manage to win a ninth straight title and then have the cherished tenth to shoot for next term, surely Celtic should rip his current contract to bits, offer him virtually whatever he wants and plead with him to give them one more year in an attempt to make history.

“Hyperbole is a regular feature of the modern game. But he’s not hype. The French kid is the real deal.

“With every passing week, Edouard gets more and more impressive and he’s going to the very top. Anyone with a semblance of footballing sense can see that.

“Assessing some of the transfer fees which are being banded about for average players, the rate of inflation and the premium which is added to the cost for top-class strikers, I genuinely believe £40million is a realistic sales figure.

“I’ll get shot down for that, but why? Newcastle United paid £40million in the summer for Brazilian striker Joelinton after he scored 22 league goals in four years at Hoffenheim and Rapid Vienna. He’s never been capped beyond Under-17 level and he’s got two for the Magpies all season.

“No offence to the lad, but have you seen Joelinton play? Are you telling me he’s better than Edouard? Seriously? West Ham paid £45million for Sebastian Haller, who has done little.

“These are the figures which are being spent and that puts the Celtic striker into that bracket easily.”

Sutton continued: “Edouard has got almost everything. At the age of 22, there is a decade at the highest level waiting for him.

“His finishing is sublime, his link-up play and touch is marvellous and his feet are silky smooth. If I had one criticism, he doesn’t do enough in the air, but he compensates for that in other areas.

“Edouard’s free-kicks are a thing of beauty. The two he’s scored this week against Hamiton and Motherwell have been exquisite. I could barely believe the action he got on the ball at Fir Park.

“Quite how it went into the goal only halfway up having been struck up and over the wall at pace almost defied gravity. It was just sublime and he’s rapidly becoming the complete package.

“Throw into the mix he hardly ever gets himself into bother or gets yellow-carded which means he’s always available for selection when fit is another bonus.

“Henrik did the lot in the game. He was an absolute superstar who could do virtually anything on the pitch and the thing which makes him stand out as a Celtic great is the fact he gave seven years at his peak to the club when others would have disappeared in half that time for riches on offer. 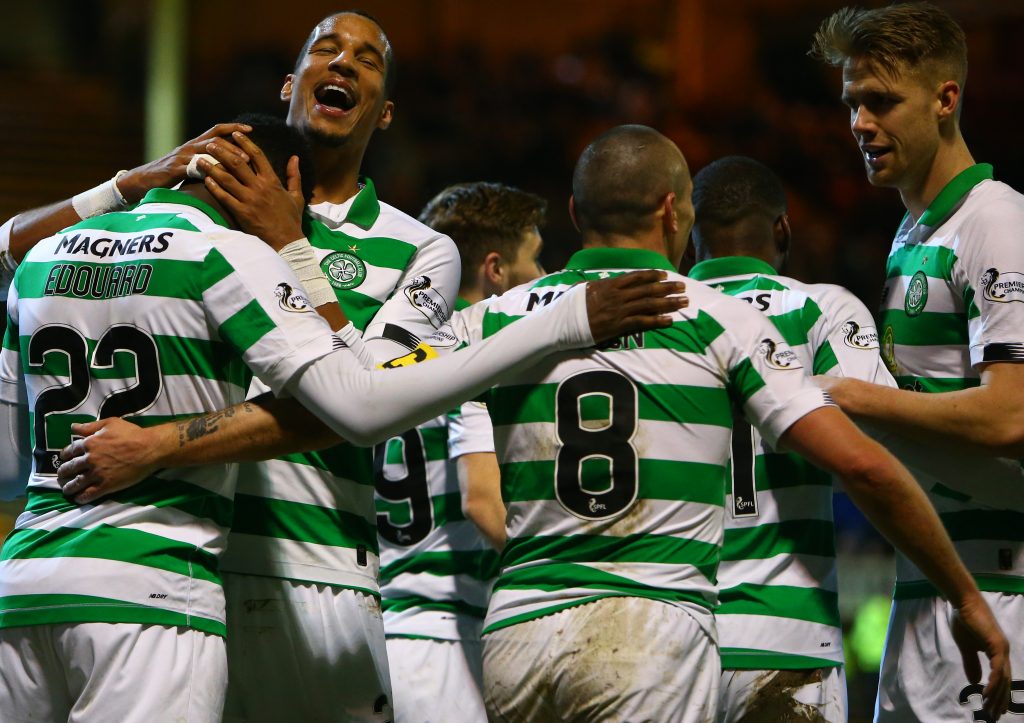 THAT’S OUR BHOY…Christopher Jullien leads the celebrations after Edouard’s 24th goal of the campaign.

“But what I do find fascinating when looking at the pair is the fact that Henrik signed for Celtic when he was approaching 26 years of age.

“Most players have done a lot of their growing up mentally and physically by that point and he would have been in a good position when arriving in Glasgow to make the advancements that he did to the highest levels.

“Edouard is doing what he’s doing at the moment at the age of just 22.

“Imagine what he’ll be like with another three years of development and progression under his belt. It’s scary.”

The media pundit added: “Edouard might have decided his time is up, but maybe he hasn’t. Only he knows.

“And if you were Celtic, you would surely do everything to get him to stay for just 12 more months.

“Sure, they’d have to break the wage structure, but it’s a one-off. And they’d get the money back in the transfer-fee profit, anyway. I don’t think the other players would mind. Too much is made of that.

“Whatever happens, Celtic will gain either way. Because Edouard could either be leaving to make them a fortune or staying to write them into the history books.”