LEIGH GRIFFITHS edged to within two strikes of his 100th goal for Celtic with the winner against Hamilton Accies at he SuperSeal stadium this afternoon.

The striker came on at the interval for defender Jack Hendry who had suffered a facial injury in a first-half littered with heavy challenges from the home side who were reduced to 10 men when Darren Lyon was red carded for an off-the ball challenge on Kieran Tierney. 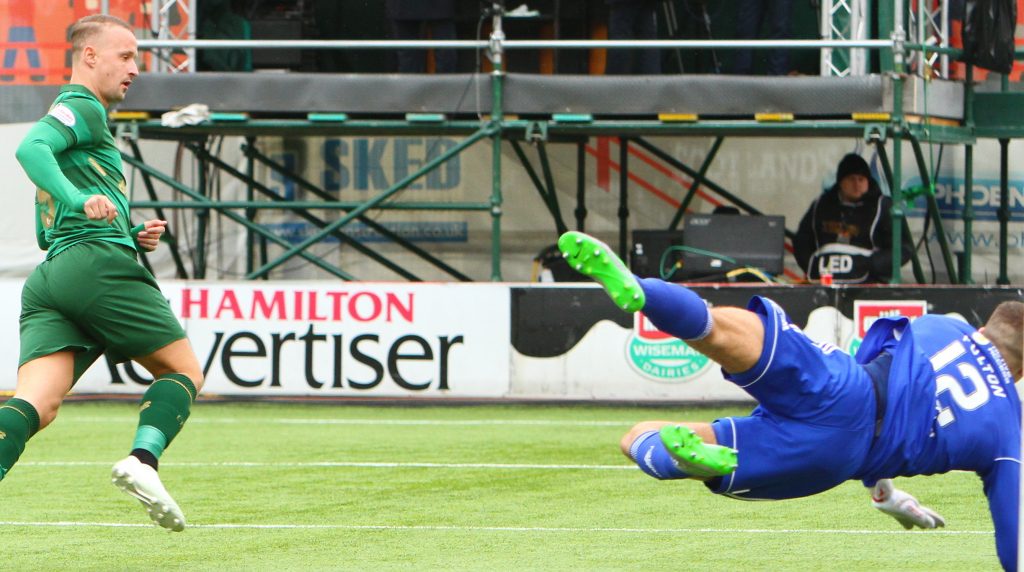 It was an important victory for the champions, but it wasn’t the most enterprising or entertaining performance from Brendan Rodgers’ outfit. They ground out the win against a team battling for every point to remain in the top flight.

And yet Celtic got off to a flying start with an opening goal inside the first three minutes. Patrick Roberts teased and tantalised on the right wing before rolling a pass in front of Callum McGregor on the edge of the box.

The midfielder took deliberate aim be before sidefooting the ball beyond the stranded Ryan Fulton at his left-hand post.

The Hoops then took their foot off the gas and allowed the home side back into the contest when Rakeesh Bingham levelled with an extraodinarily  simple goal in the 16th minute.

Kristoffer Ajer was caught square as a right-wing cross dropped into the box and the Accies striker was allowed to move off the dender before stroking the ball beyond the exposed Scott Bain at his left-hand side.

It was the wake-up call Celtic needed and they responded with a free-kick from Moussa Dembele that swept wide. 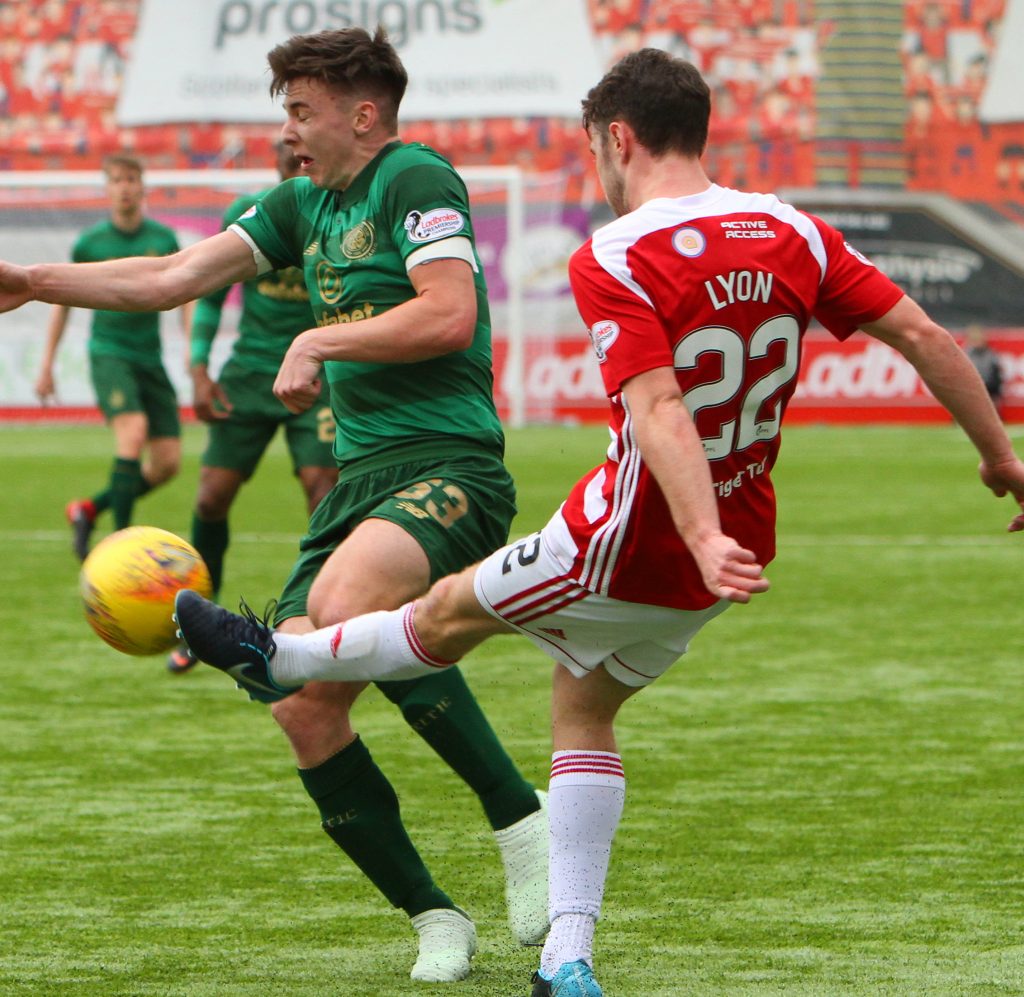 In the 27th minute, the eager McGregor, thrusting forward at every opportunity, fired in an angled drive that Fulton did well to push to safety.

Eight minutes later. Dembele, who struggled to show his best form, was wasteful with a free-kick from a good position. It was not a surprise when he was replaced by Odsonne Edouard in the 68th minute.

Four minutes from the interval, Lyon, who had been booked earlier, saw a second yellow card after an altercation with Tierney in full view of referee Andrew Dallas.

Griffiths came on for Hendry at the start of the second-half and marked his return with the winning goal inside 57 SECONDS of his appearance.

There was a lot of movement on the ball following the restart before a pass found Sinclair on the left. He swung in a perfect cross and Griffiths mobed ahead of the Accies defence to glide a header beyond Fulton.

Basically, that goal killed the game and made certain the Hoops were still on course for a seventh successive title.

Undoubtedly, there will be a more upbeat tempo from the champions in the Scottish Cup semi-final a week today.