CELTIC’S second derby of the season will be played in front of only FIVE HUNDRED fans at Parkhead on January 2.

The Hoops’ hopes of a full house for the visit of Giovanni van Bronckhorst’s side were scuppered after crowd restrictions were imposed on clubs after this afternoon’s announcement from First Minister Nicola Sturgeon.

The Holyrood leader has insisted on tighter measures on large gatherings and that will mean all SPFL clubs have been limited to limits of 500 of their stadium capacity from Boxing Day. The Hoops play St Johnstone at McDiarmid Park on that date and are due to face Hibs in the east end of Glasgow a week tonight.

Physical distancing measures have been reintroduced and they will be in place for a minimum of three weeks. 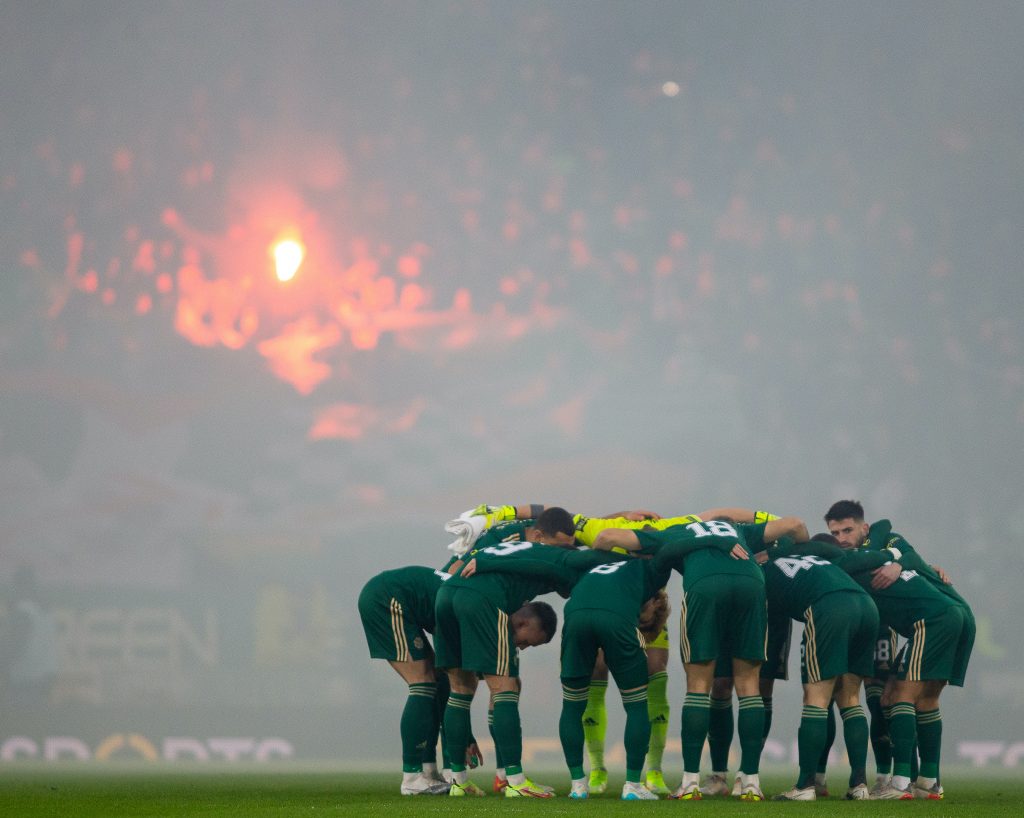 FULL HOUSE…Celtic players in their traditional huddle at a packed Hampden at the weekend.

That means there will be thousands of Celtic fans left massively disappointed after they were locked out of the first meeting of the Glasgow clubs at Ibrox on August 29.

The Govan c;ub refused to sell tickets to the Hoops followers who then looked forward to the next head-to-head showdown between the teams.

Unfortunately, there will essentially be no crowds in grounds across Scotland until late January with Ange Postecoglou’s men due to play at Alloa on the opening round of the Scottish Cup on the 22nd of the month.

In her statement, Sturgeon said: “First, from December 26 – inclusive – for a period of three weeks, we intend to place limits on the size of public events that can take place. This does not apply to private life events such as weddings. 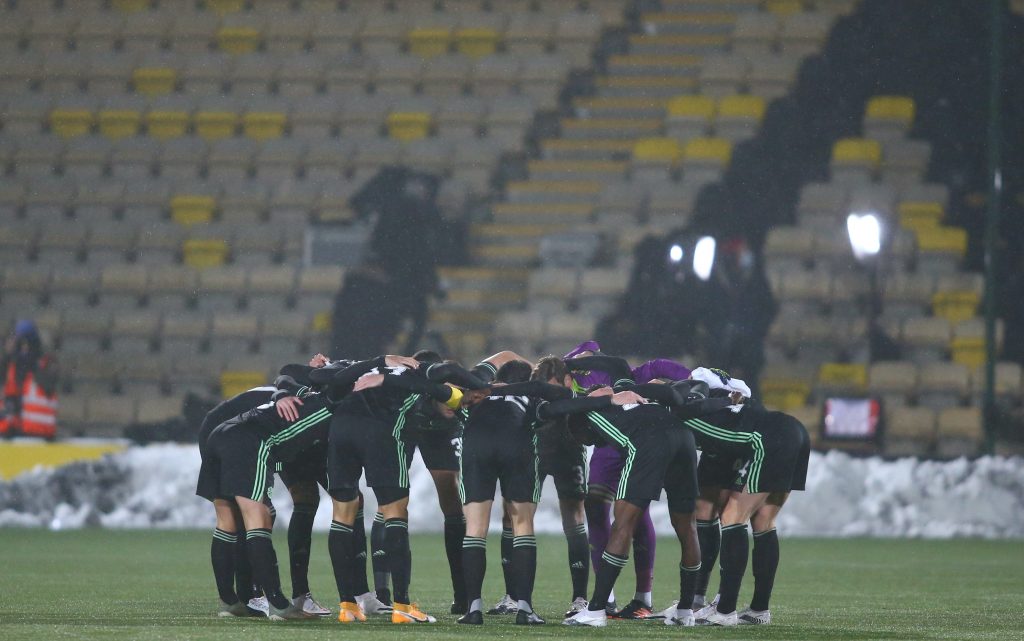 EMPTY STADIUM…Celtic players perform the huddle at a deserted Livingston in January.

“Physical distancing of one metre will be required at events that go ahead within these limits.

“This will of course make sports matches, including football, effectively spectator-free over this three week period.”

The drastic measures are in response to increased concerns over the Omicron strain.

Supporters were absent throughout the entirety of the 2020/21 season – minus a few test events – but fans were gradually allowed to return at the start of the season.

Clubs were allowed to fill a percentage of their stadium’s capacity before all restrictions were lifted on August 13, which was referred to as ‘Freedom Day’.

After today’s announcement, it’s unclear when full houses will be allowed to return to Celtic Park and the other Scottish grounds.