SCOTT SINCLAIR will reach crisis point in his Celtic career next month.

The 30-year-old winger has been used sparingly by Neil Lennon this season and has dropped down the Hoops pecking order with on-loan Mohamed Elyounoussi and MIkey Johnston appearing to be the main choices for his left-sided attacking role.

Sinclair, who cost ex-boss Brendan Rodgers £4.5million when he joined from Aston Villa in August 2016, is out of contract in the summer and will be able to walk away for free.

He will also be allowed to talk to interested clubs in January and agree a pre-contract move as Scott Allan did with Hibs last season.

Lennon insists he doesn’t want to lose the player who netted 61 goals in his first three campaigns at Parkhead.

His last strike for the Hoops came in the 5-0 Betfred League Cup quarter-final triumph over Championship side Partick Thistle after coming on as a substitute in September. 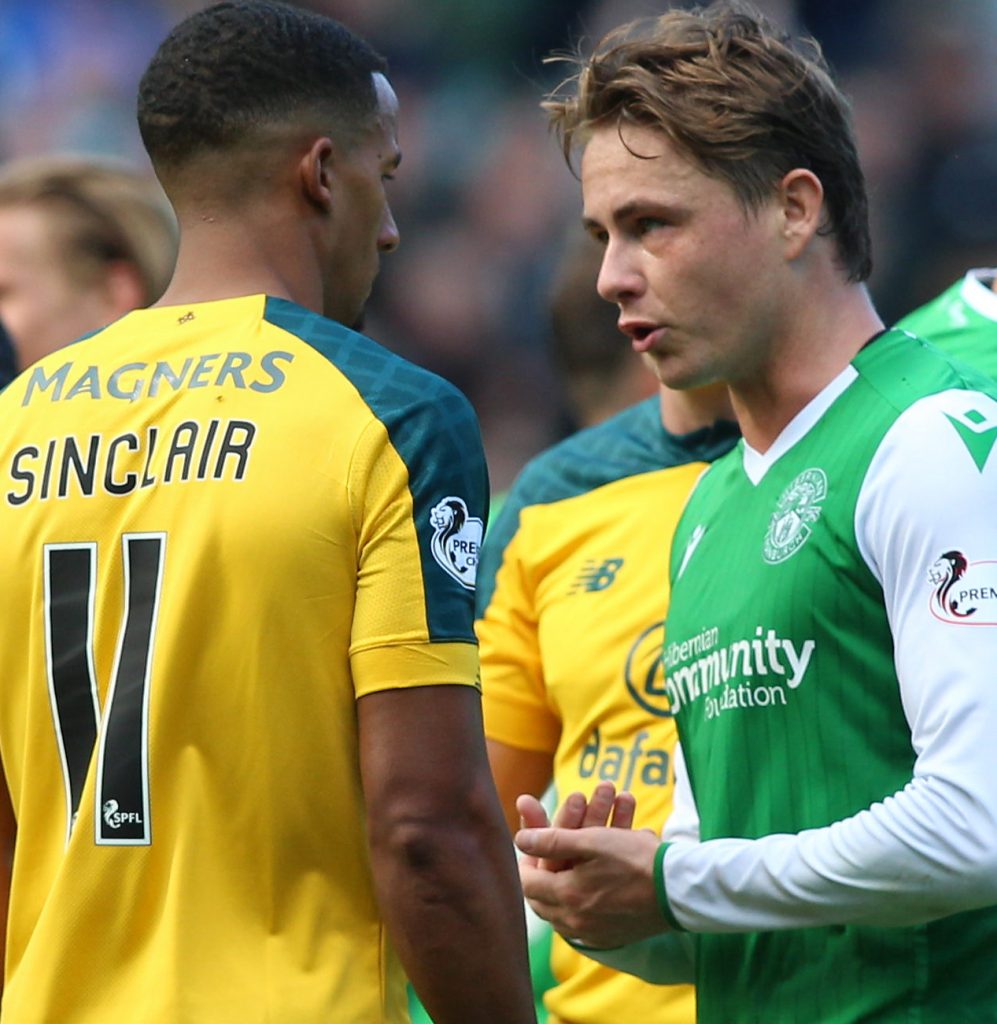 TRANFER TALK? Scott Allan who quit the Hoops at the end of his contract for Hibs chats to Scott Sinclair at the end of September’s 1-1 draw at Easter Road.

He failed to win a place on the substitutes’ bench for the 2-0 Premiership win over Motherwell on Sunday, but Lennon still believes he has role to play with the eight-in-a-row champions facing a hectic schedule next month.

Lennon told Sportsound: “We’ve got nine games in December and I imagine Scott will figure the squad or even the team in some of those games.

“With Tom Rogic coming back into contention, Scotty has been squeezed out at the minute.

“I’ve got real competition in those places and Scott’s finding himself out of the picture at the minute.”

It will be a use-him-or-lose-him scenario next month or Sinclair will almost certainly be compelled to take an identical route in June.