KRISTOFFER AJER, Celtic’s Norwegian international centre-back, is valued at £8million by struggling Newcastle who are planning a move in the summer.

The Tyneside outfit will be told they have NO chance of landing the 22-year-old defender for that kind of money.

Ajer, who is still under contract until June 2022, has been linked with Steve Bruce’s team who are edging closer to relegation from the top flight following a series of dreadful results, culminating in their 3-0 thrashing from Brighton last week.

The versatile youngster was linked with the transfer bid in a report in the Daily Mail, but the offer will fall way short of the sort of cash the Hoops may even consider for the skyscraper centre-half who has also interested Serie A giants AC Milan over the past 12 months where a fee of £15million was mentioned. 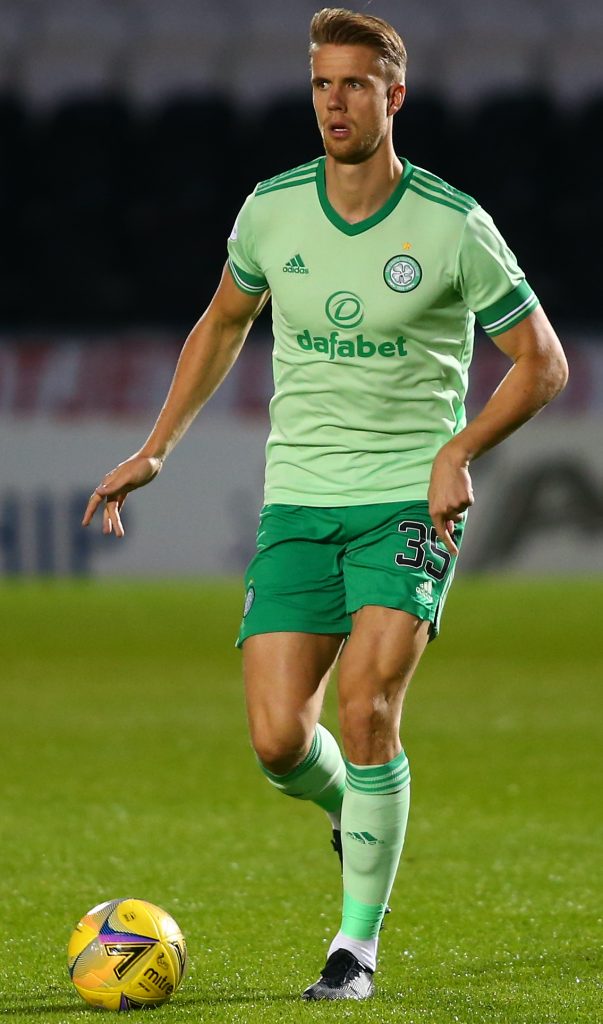 ON THE BALL…Kristoffer Ajer in control.

That figure, too, is not at the level the Parkhead men will consider for Ajer – especially with the club picking up £25million for left-back Kieran Tierney from Arsenal in the summer of 2019.

The player’s new international boss Stale Solbakken has already urged Ajer to quit Scotland, as CQN reported during the week.

He insisted: “He has to change league now. He must. He does not have enough challenges in everyday life there.”

There will be an upheaval at Celtic in the summer, but interested clubs in the likes of Ajer, Odsonne Edouard and Ryan Christie will be told to deal only in realistic prices.

Ajer joined the Hoops from local side FK Start in 2016 for £750,000 and was loaned to Kilmarnock for a season to aid his progress.