NEIL LENNON will shift his focus from Europe to the Premiership against Aberdeen at Pittodrie tomorrow.

The Celtic boss admitted he allowed himself only a “couple of hours” to enjoy the 2-1 Europa League Group E triumph over Lazio at Parkhead on Thursday before turning his thoughts to collecting precious points in the bid for nine in a row.

Lennon, speaking to Sky Sports, said: “It can be a bit unfair that you don’t get more time to lap it up because it was a great night and a titanic game.

“We will have a recovery day, the rest of the group will train and then we will travel.” 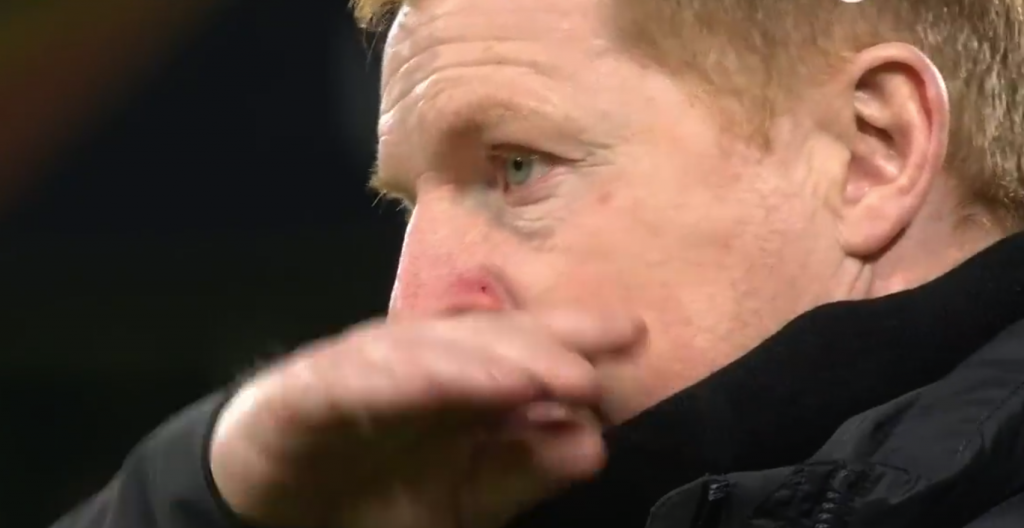 The European adventure will continue with the return game in Rome a week on Thursday where a victory over their Serie A opponents could guarantee a place in the last 32.

Goals from Ryan Christie and Christopher Jullien cancelled out Manuel Lazzari’s first-half strike to give them seven points from three games following the 1-1 draw with Rennes in France and the 2-1 victory over Champions League conquerors Cluj.

Asked if 10 points would be enough to secure qualification, Lennon replied: “You would like to think so because you always feel that other clubs would take points off each other.

“What we have done is made a great start to the group and I can’t ask any more than maximum points at home and picking up a point away from home. There is no guarantee of us picking up another point in the group so we have to calm down.

“We have enjoyed the night. It was a titanic game and one that we want to bring to Celtic Park on a regular basis, but we have to regroup now and we have a big game tomorrow to concentrate on.”

Tom Rogic is standing by the step in for the banned Christie against the Dons while Olivier Ntcham continues to struggle to overcome an ankle injury.