Celtic Quick News on News Now
You are at:Home»Latest News»‘A BREAK IN THE ACTION IS JUST PERFECT,’ ARMSTRONG
By CQN Magazine on 5th January 2018 Latest News
CELTIC midfielder Stuart Armstrong reckons the winter break has come at the perfect time.
Competing on three fronts – the Premiership, the Champions League and the Betfred League Cup – the Hoops played an overwhelming 38 competitive games between July and December.
The classy playmaker admitted: “For me, it’s what I needed.
“There are a lot of tired legs and that can be seen by the number of games we have played and the amount of effort we have put into each match. 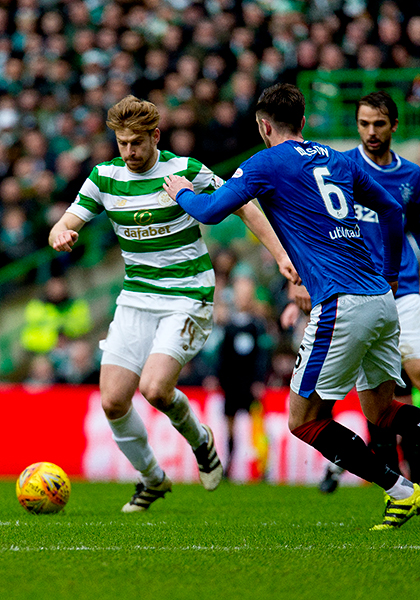 “The break has come at a nice time and I’m looking forward to it.
“Physically, your legs need to recover and with the amount of games you play, it’s important to get rest and re-energise and for the mind it’s important to get away from football sometimes with the relentless schedule we have.
“We have done exceptionally well to manage all those fixtures and come out where we are now.”

Armstrong added: “It is probably longer than the summer break we had and it’s very important.

“You have a couple of weeks to get some sun and some training in, along with some rest.

“There is a nice balance and we have no fixtures for a couple of weeks so it’s a nice feeling.”
* Armstrong was talking to the Celtic View, on sale now.