JONJOE KENNY is ready to hit the ground running during his six-month loan stint at Celtic.

Manager Neil Lennon is likely to push the 23-year-old defender straight into his first team in the right-back berth to face Kilmarnock at Rugby Park tonight in a move that will allow Kristoffer Ajer to return to centre-half.

Kenny met his new team-mates during his first training session at Lennoxtown yesterday before rubberstamping the temporary switch a couple of hours before the midnight deadline, as CQN reported.

The former England Under-19 international, speaking to Celtic TV, said: “The stature of the club and how big it is made it a decision I couldn’t turn down.

“I want to come up here and try my best and give my all to Celtic, get out there and play and get some games to show people what I can do and show my qualities.

“First of all, I enjoy playing football. I like getting the ball, playing nice football and getting forward and putting crosses in, but on the other side of that, I feel that I am aggressive, I like making tackles and just giving my all.” 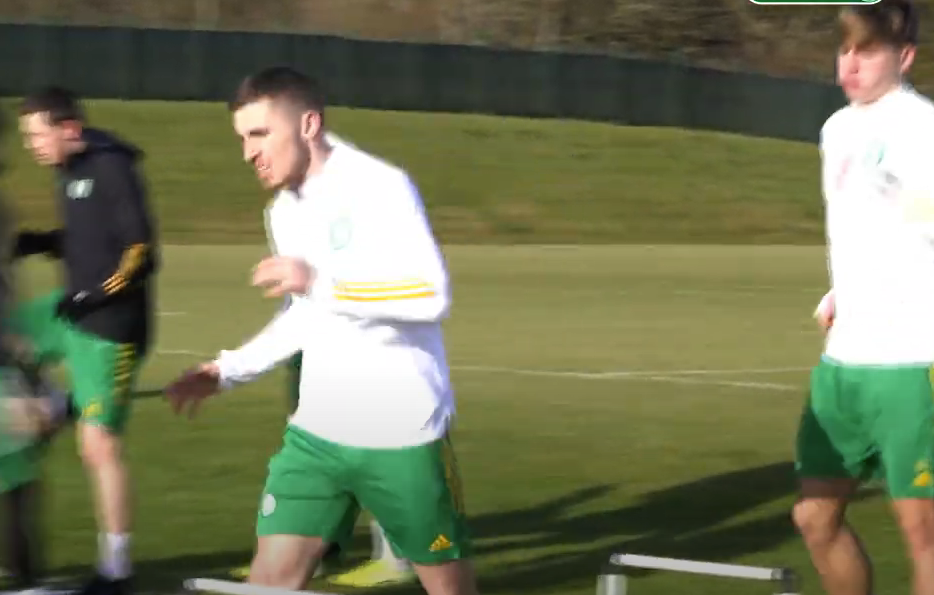 Kenny, who spent last season on loan at Bundesliga outfit Schalke, continued: “I know what’s coming ahead of me, what challenges I’ve got and that’s why I’ve come here. I want to challenge myself and see how far I can take myself.

“Going to Germany was a completely different experience – a different way of life, learning a new language and basically becoming like a German person. It was just great. It’s another string to my bow and all these experiences will come in handy now that I’ve joined Celtic.

“There’s a lot of history in the air and a lot of top players have come and gone from here, so it was the first day and it was just good to be involved and train with the lads.”

Kenny added: “The lads were brilliant – people from Glasgow are similar to Scousers – so it’s been brilliant for me to come in and settle in quickly.

“I want to be involved straight away. I’m just made up to be here and we’ll see what happens, but the quicker I can play, the better it’ll be for me.”

Kenny appears to be a natural for the No.2 role which has been vacated following Jeremie Frimpong’s £11.5million departure to Bayer Leverkusen.

Lennon had a selection among Hatem Abd Elhamed, Stephen Welsh and Anthony Raltson, but has opted for the Englishman to take the role through to the completion of the campaign.