Celtic Quick News on News Now
You are at:Home»Football Matters»‘A DISAPPOINTING SEASON,’ 38-GOAL GRIFFITHS
By CQN Magazine on 28th April 2016 Football Matters
LEIGH GRIFFITHS has hammered in 38 goals, is about to pick up another Premiership League title, is odds-on to be named the PFA Player of the Year…and the Celtic striker still admits the season has been a disappointment.
The Hoops could clinch their fifth successive title against Hearts at Tynecastle on Saturday if Aberdeen drop points to Motherwell.
However, Griffiths still feels the hurt of two humiliating Cup semi-final exits, a pathetic European campaign and the end of the two-year managerial stint for Ronny Deila at Parkhead. 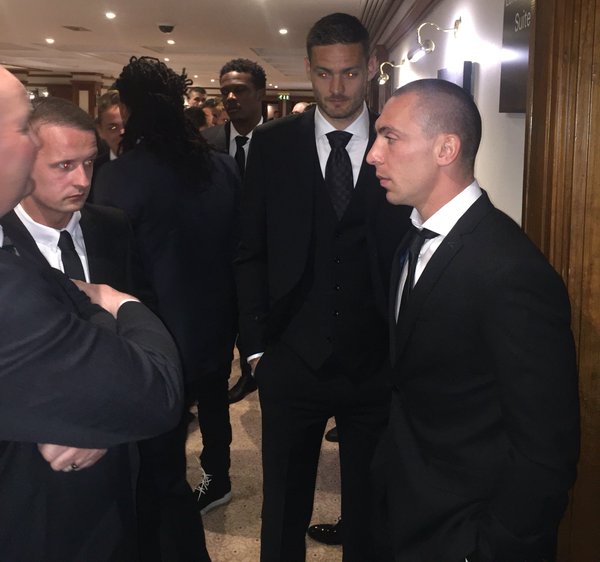 The prolific hitman said: “It’s always nice to get individual awards, but, collectively as a team, it’s been a disappointment.
“Europe wasn’t great and going out the Cup competitions wasn’t great, either. However, we still need to stick together as a squad and we can make history by getting that five in a row.

“Expectation levels at Celtic are exceptional. You are demanded to win every game and if you don’t there’s questions asked.- and rightly so.

“But we are still going for the fifth consecutive championship and when we get over the line, we can have some fun.”

Griffiths also has his eyes on becoming the first Celtic player to reach the magical 40 goals in one season since Henrik Larsson managed the feat 12 years ago.

The 25-year-old Scotland international attacker added: “It’s going to be hard to better it. But last year I just said I wanted to get a run in the team and continue the form I had last season.

“I have managed to get a clear run this time. I missed a few games in December with injury, but I came back and started scoring again, which is always positive.”

————————————————-
ORDER your SIGNED copy of Charlie Gallagher? What a Player! by David Potter, published this week by CQN Books. Click HERE or on the image below to order.