SKIPPER Scott Brown is poised to miss his first Premiership game of the season against Kilmarnock at Parkhead on Sunday.

The 34-year-old midfield dynamo was forced to come off with a calf injury in the 73rd minute of the 1-1 draw with FC Copenhagen in the Europa League last-32 clash in the Danish capital last night.

Israeli international Nir Bitton replaced the captain and he could be handed the role again when Killie visit at the weekend.

Brown has led the team in the previous 27 encounters in a crucial campaign with nine in a row on the radar, but he could be sidelined this weekend.

Boss Neil Lennon, speaking to the Sunday Post, admitted: “He might struggle, but that’s just an initial reaction.

“He felt something in his calf when he stretched. It’s not like him to come off. He will be assessed and we’ll know more.” 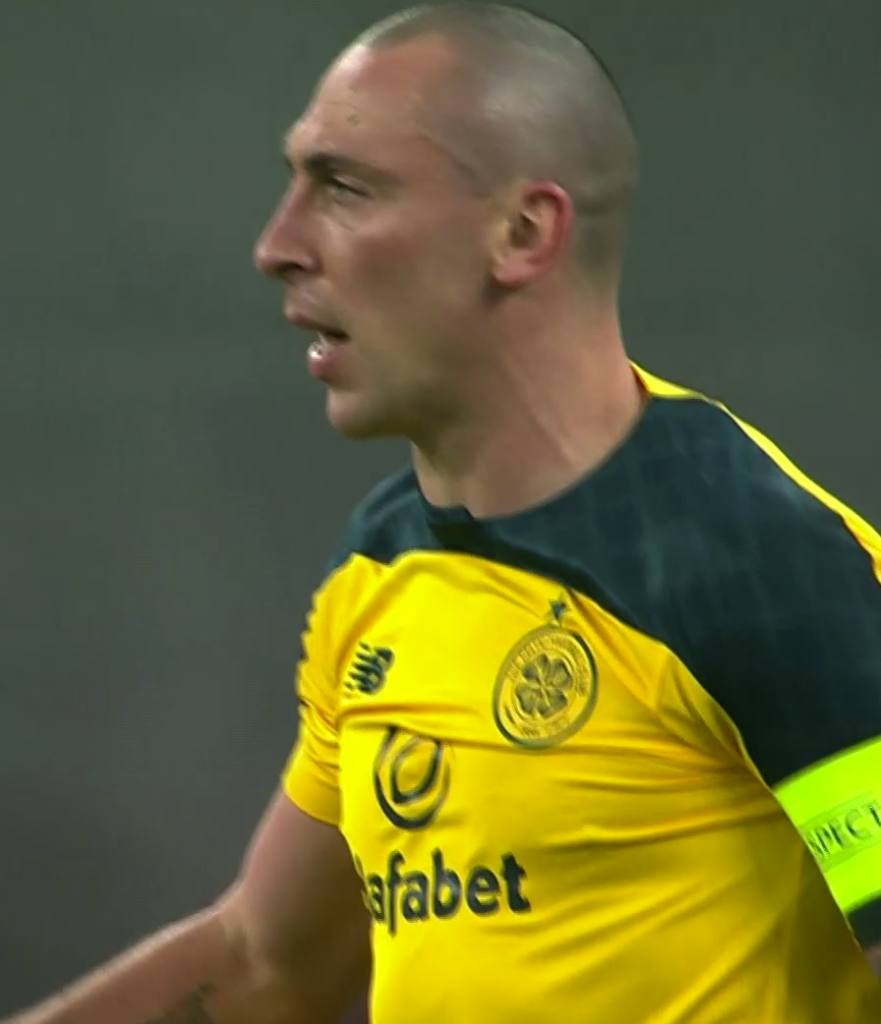 The Hoops gaffer has now switched his focus from Europe back to the Premiership with the champions aiming to maintain their 10-point advantage at the top of the league.

The Ayrshire side toppled out of the Scottish Cup earlier this week when they allowed Aberdeen to come back twice to overcome them 4-3 in extra-time at Rugby Park.

Lennon examined the Killie challenge and added: “They are difficult opponents who probably had a bitterly disappointing night in midweek, but Alex Dyer has them playing pretty well.

“They scored goals against Aberdeen and they obviously beat Rangers the week before.

“They are tough opposition and we will have to be very wary of them.

“We will have to see how our players are and we’ll get a good look at them on Saturday.”