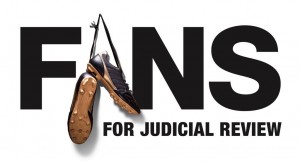 The Commission reported in 2013, finding that while Rangers failed to correctly register dozens of players employed from 2000 – 2011, as Rangers use of EBTs was legal, the methods deployed by the club were open to any other club.  Lord Nimmo Smith therefore found that no competitive advantage was gained by this use of EBTs.

Acknowledging this predicament, the SPFL board last week announced that it “supports the calls that have been made for an independent review concerning the way in which Scottish football’s authorities have dealt with non-payment of tax by clubs, have applied their rules and regulations”.

The League added that their senior counsel advised them they do not have the levers to investigate this matter.  The only other body able to investigate the issue is the Scottish Football Association.  However, within hours of the Supreme Court verdict, they hastily issued a statement to assert they would take no action.

A Judicial Review could provide the League with such a lever.

Instructing solicitor, senior counsel and senior junior counsel have been retained.  Funding has been secured for the initial undertakings.  No crowdfunding will be required at this time, although fans from many clubs have intimated support and a crowdfunding project may commence in the weeks ahead.

Support for this Review cuts across club colours and stretches the length of Scotland.  Many fans paid into a sport and feel that they were watching a rigged game for over a decade.  It is crucial for the future of Scottish football that wrongdoing, especially if it involved office-holders in the game, is properly investigated and has consequences.

As such, it is hoped the SPFL back the people who put money into the game by welcoming the opportunity for a Judicial Review.

I expect a period of dialogue will commence.  This will be conducted in private, there will be no informed leaks until counsel have completed preliminary dialogue and reported their assessment of the Review.  At that stage, a decision will be made on what course of action, if any, should be taken.