CRESTFALLEN defender Greg Taylor admitted Celtic only have themselves to blame for blowing the opportunity of reaching the Europa League last 16 after last night’s horror show.

The Hoops were poised for today’s ballot following their 1-1 draw against FC Copenhagen in the Danish capital last week.

However, some atrocious defending undid all the good work on the team’s travels as they surrendered three times in the second-half to tumble out on a 4-2 aggregate.

Taylor, speaking to the Evening Times, said: “I thought in the first-half we had pretty good control of the game, we were creating chances and we were unfortunate not to be up at the break.

“The second-half was an even tussle. I felt they came into it a wee bit and we obviously went a goal down.

“But we got ourselves back in the game and we should have kicked on from there, but we shot ourselves in the foot losing a goal so soon after equalising.

“I didn’t feel like there was even a minute between us equalising and them going back in front.

“That is the one thing that doesn’t sit well with us. We got ourselves back into the game and that should have been enough to get us through to extra-time, at least. 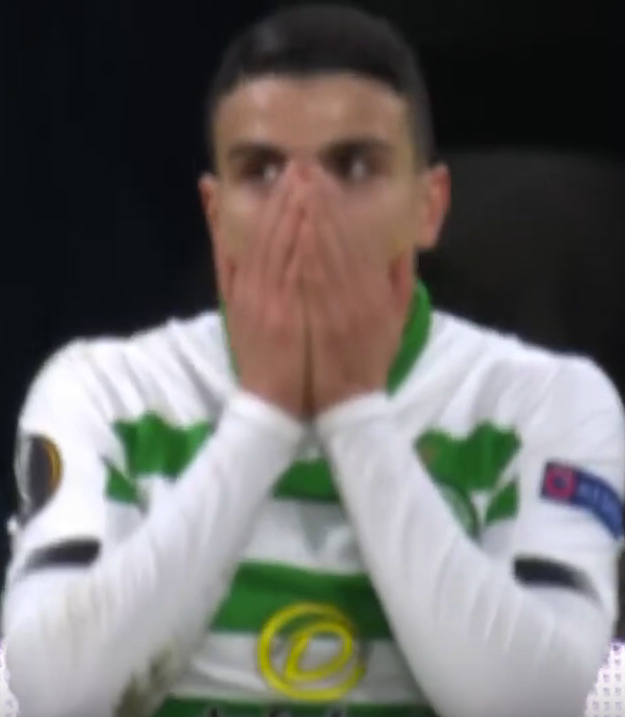 “Of course, there is no doubt we will look back on this one with a lot of regret.

“It was a massive chance for us to get to the last 16 and the incentive was there for us.

“We wanted to get through and we are all disappointed we haven’t been able to do that.”

It’s the second time this season the Scotland international defender has suffered a painful and embarrassing European exit.

He missed out on the Hoops’ 4-3 flop against the Romanians of Cluj on August 16 as he was still with Kilmarnock before his deadline-day £2.25million switch to the champions.

However, Taylor was in the Killie line-up that crashed to Welsh minnows Connah’s Quay Nomads 2-0 at Rugby Park to topple out on a 3-2 aggregate.