ANGE POSTECOGLOU praised the spirit of his Celtic players as he got his managerial reign off to a winning start with a 3-1 victory over Sheffield Wednesday in a closed-doors friendly in Newport this afternoon.

The former Australia international manager saw Vasilis Barkas beaten in only three minutes when Josh Windass scored, but captain for the day Albian Ajeti responded with the equaliser just after the half-hour mark. Teenager Owen Moffat drilled in the second in the 55th minute and Odsonne Edouard rolled home the third in the fading moments.

Postecoglou took the opportunity to field two entirely different line-ups as he prepared for Saturday’s encounter against Charlton.

Planning ahead, Neil Lennon’s successor said: “We’ll see how everyone is, obviously the lads who played today were the ones who have been with us from the start 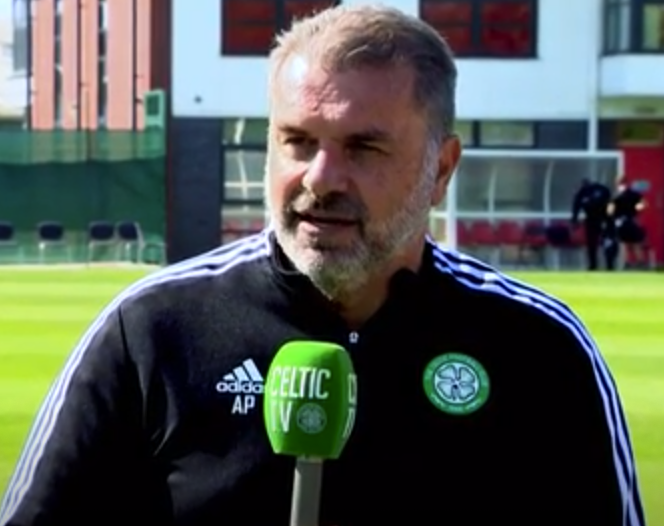 “We’ve just got to make sure we don’t throw guys in too early, but looking at the international boys and some of the others, they’ve come back in good condition.

“So, I think they’ll play a part at the weekend.”

The 55-year-old gaffer, speaking to Celtic TV, continued: “To be fair, they worked hard although we didn’t have a great start to the game.

“We took a while to get into it, we had a solid session yesterday and the boys probably felt it a little bit.

“But we grew into the game and, to their credit, I thought the better part of the first-half and then definitely the second-half we played some decent stuff, scored a couple of good goals and finished strongly.” 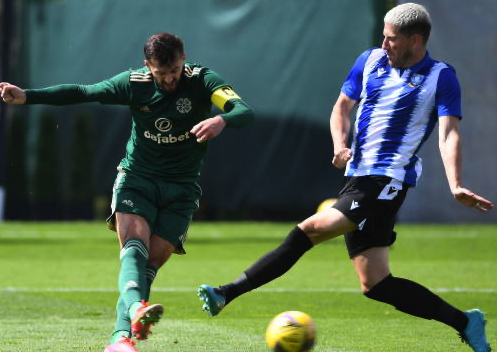 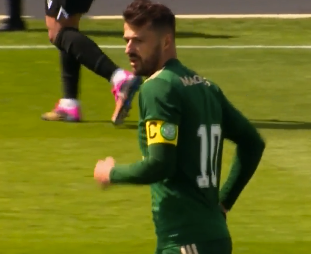 CAPTAIN…Albian Ajeti was given the honour of leading Postecoglou’s first line-up. 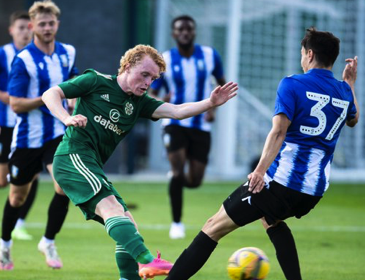 BY THE RIGHT…Owen Moffat fires in the second goal. 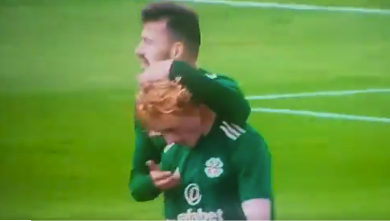 THAT’S MY BHOY…Ajeti congratulates teenager Moffat after his strike.

Postecoglou added: “We’ve been working hard in training and part of it is that we want to make sure we continue to play at a certain tempo for the whole game, we don’t drop off.

“I thought second-half we maintained that and got our rewards in the end with Albi and Moff scoring a good goal.

“Aside from that, it was good to see the young boys, because it would have been very easy for them after the start we had to go into their shells and not be as positive, but they reacted really well and that’s a good sign.

“There’s nothing wrong with winning and particularly in the manner we did because we didn’t start well, we didn’t play well and we go a goal down.

“But it kind of shows you that there’s a bit of spirit within the boys that they weren’t prepared to accept that, which is a positive sign.” 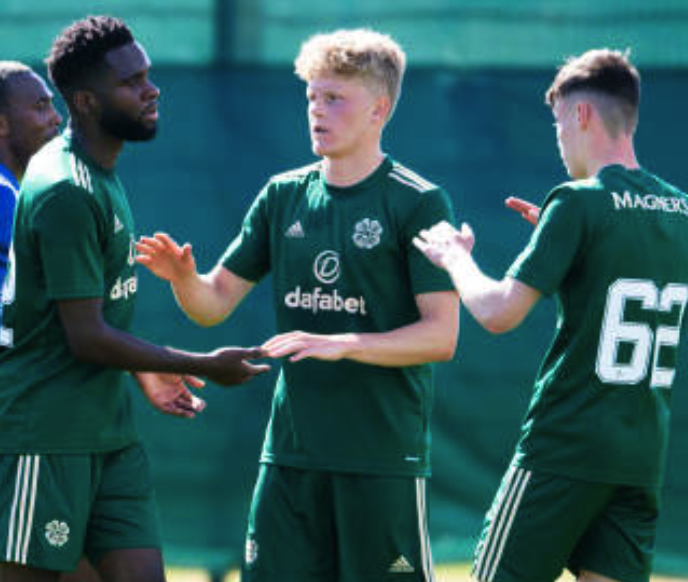 CHEERS…Odsonne Edouard is congratulated after netting the third goal.

It took a while for the team, wearing their new all-green second strip, to get into their stride although Moffat showed signs of what was to come with a long-range drive that was splendidly pushed away by the Wednesday keeper.

Ajeti, who scored only six goals last season, hit the leveller when he accepted a neat ball from Ewan Henderson before slotting a drive low into the net.

Postecoglou’s side took over after that strike and Moffat put the Hoops ahead with an excellent drive from 18 yards that sizzled past the helpless netminder and Edouard claimed the clincher with a cool finish a minute from the end.