ON the day of Billy McNeill’s 78th birthday, long-time friend and author Alex Gordon recalls a magical evening in the history of the Celtic legend.

Alex remembered: “One of my most prized pictures in my study is one of a joyous Billy McNeill leaping out of the dug-out to celebrate his team’s remarkable 4-2 success over Rangers that won the title.

“It was May 21, 1979, I was twenty-seven years old and Chief Sports Sub-Editor at the Daily Record at the time. I was in charge that evening and actually designed the back page that is now in a frame on my wall at home.

“I knew Billy was a reader of the Record and would have enjoyed the final edition of the newspaper when it dropped through his door at his house on the south side of Glasgow the following morning.

“In 2013, I wrote a book entitled, ‘Celtic: The Awakening’, which was published by Mainstream, and I devoted a chapter to Billy’s return to Celtic in season 1978/79.

“Thank you for the cherished memories, Billy.

“Here is an edited extract for CQN readers. I hope it makes you smile.” 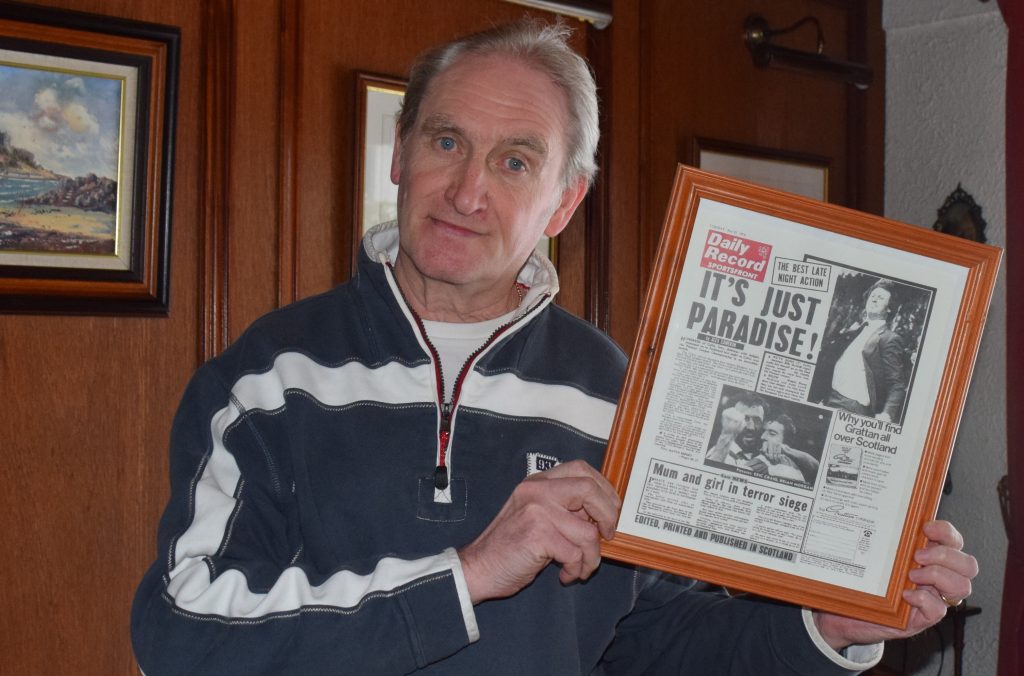 Rangers had been relentless in their pursuit of Celtic. The situation for Billy McNeill’s team was clear cut; a triumph would take the Premier League championship to Parkhead. A win or a draw would suit Rangers who still had two more games to play against Partick Thistle and Hibs. That being the case, Celtic, in McNeill’s return, would have to settle for second best. McNeill was never comfortable with that mantle.

The hottest ticket in town was for Parkhead on the Monday evening of May 21 when football’s greatest and most ancient foes would lock horns. The scramble had been more frantic than ever with a union strike keeping TV cameras away from Parkhead. If you wanted to see this one, you had to be there. Only flickering images shot by a fan from the terracing still exist.

Ten minutes after the turnaround, McNeill winced as he saw his side go down to ten men. Johnny Doyle was involved in a scuffle with MacDonald, both fiery characters, and the referee dismissed the Celt for retaliation. He sobbed uncontrollably as he raced off the pitch. 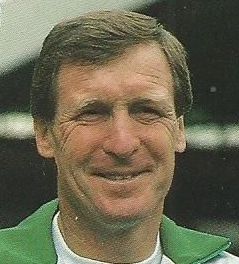 The game restarted at a punishing pace during this rawest and most rumbustious Old Firm confrontation, a rollicking rollercoaster, one of the most nerve-shredding in memory.

Breathtakingly, Celtic drew level midway through the half as Roy Aitken surged forward to belt one past Peter McCloy. In the 74th minute the roar that went up from the east end of Glasgow must have registered on the Richter Scale; Celtic were ahead. George McCluskey, wily and skilful, got through on the blindside to thump the ball low into the net.

Two minutes later, it was 2-2 with Bobby Russell scrambling one past Latchford from close range. This pulverising confrontation was going all the way to the wire. Rangers sat in, obviously more than satisfied to take a point. Celtic, driven on by McNeill from the touchline, had other ideas.

Six minutes were left when McCluskey fired in a dangerous low effort from the wing. It was an awkward one for McCloy to deal with. The towering keeper got down to parry the ball up and away where it struck the inrushing Colin Jackson. The defender could only look on in horror as the clearance bounced off him into the net. Cue bedlam on the terracings. Parkhead became a rhapsody in green and white. Could there possibly be anything left to witness in this no-holds barred, shuddering conflict?

‘The boys deserved it,’ recalled McNeill. ‘It was simply fantastic. I have never seen a game like it. When George McCluskey scored to make it 2-1 for us, I just couldn’t believe it. Then they came right back. One minute you’re up there, the next you’re down here. My players would climb a mountain and then find there was another waiting for them.

‘Our ten men did extraordinary things. To score four goals in just over half-an-hour with only ten men against Rangers was just incredible. Unbelievable.