Celtic Quick News on News Now
You are at:Home»Latest News»‘A STRUGGLE TO BE SECOND’ McINNES
By CQN Magazine on 23rd April 2016 Latest News
DEJECTED Derek McInnes has admitted Aberdeen faces a struggle to be second best in the Premiership as Celtic prepare to romp their their fifth successive title.
The Pittodrie boss was left shell-shocked after dismal Dons’ 3-0 hammering from St Johnstone in Perth last night, meaning that Aberdeen have shipped an incredible TWELVE goals to St Johnstone this season. We await the media onslaught against their manager and at least surely we will be spared the pitches from the hacks to have him installed as Scotland’s Manager of the Year.
There had been talk before the game of his team cranking up the pressure on departing Ronny Deila. The Hoops can now move ELEVEN points clear if they beat Ross County at Parkhead tomorrow afternoon. 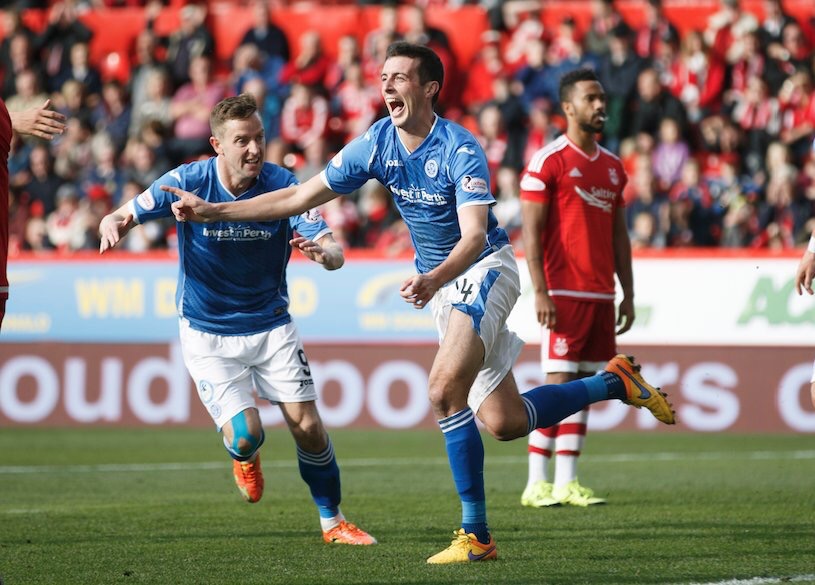 McInnes watched as his lacklustre team crashed to their their third consecutive defeat on their travels and Hearts are now looking at the runners-up spot. The Edinburgh outfit are eight points behind, but have a game in hand and play Motherwell at Fir Park today.
The Dons gaffer said: “At the minute, we just have to win enough points to guarantee second spot and there’s work to be done with that.

“We’ve got to heed the warning and recognise there’s work to be done in the next few games.

”The better team and the most determined team won. St Johnstone played the game exactly how the game had to be played.

“They got the ball forward quickly and played in our half of the pitch and then played some decent football there and asked questions of us. We got dominated at both ends of the pitch.

“That’s the type of game which we have lost a few of this season, based on a lack of physicality and size and strength. We looked vulnerable through a lack of strength and we were dominated.”