“Bring on Real Madrid,” was the battle cry from James Forrest after Celtic had progressed into the Champions League group stages following a dramatic 8-4 aggregate win over Astana.

The Hoops took a 5-0 lead to Kazakhstan, but toiled 4-1 down at one stage before late strikes from the excellent Olivier Ntcham and Leigh Griffiths confirmed Brendan Rodgers’ men had made it through for the second successive season.

Forrest and his team-mates are now eagerly awaiting tomorrow’s draw and he said: “Obviously, we have had Barcelona a couple of times in the last few years, so it would be nice to get Real Madrid. 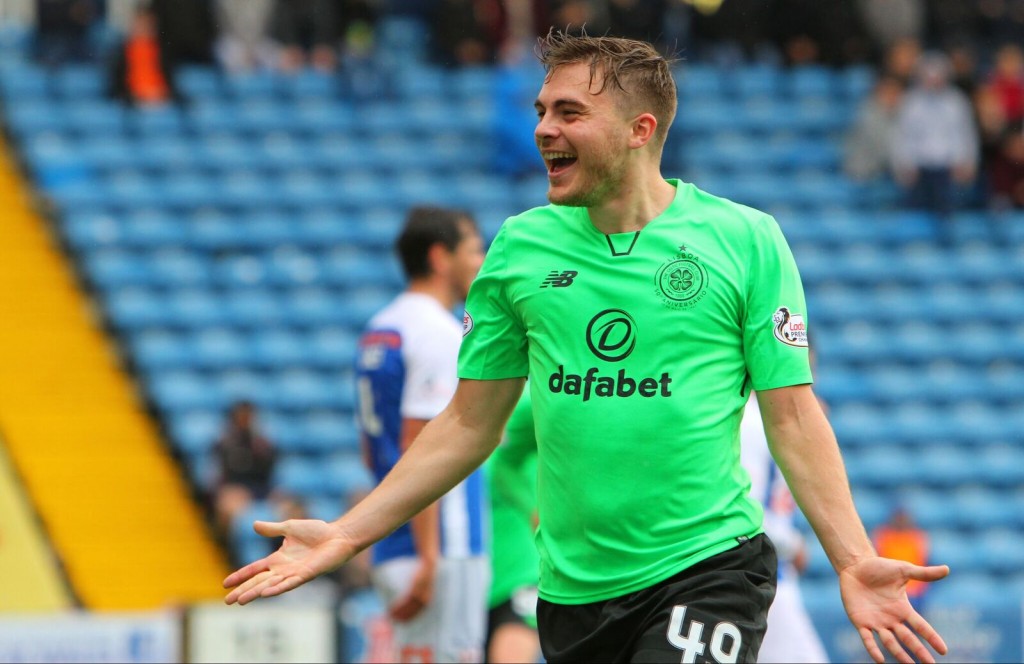 “They are going to be six good games to look forward to and the full staff will be buzzing.’

In a breathtaking, often nervy encounter at the Astana Arena, the Parkhead men suffered their first defeat in 43 games.

Forrest added: “I thought we did well in the first-half and went in at 1-1, then conceded two goals at the start of the second-half and that gave them a lift.

“We did it the hard way, but we got there in the end.

“Qualification was an aim at the start of the season, so we are delighted.

“We know when we play in Europe it is going to be difficult and you need to take your chances more than you do domestically.

“So, it is a bit of a wake-up call, but we are delighted to be in the Champions League.”