SCOTT BROWN has fond memories of playing at the Parc des Princes – and he hopes they remain that way after tomorrow night’s Champions League encounter with Paris Saint-Germain.

The Celtic skipper will lead his team out at the same stadium where Scotland shocked France in a Euro Championship qualifier a decade ago when James McFadden scored his remarkable long-range goal.

Craig Gordon was in goal that memorable evening and he turned in a superb display that defied the French attack.

Brown said: “A win on Wednesday would be a bigger achievement than the victory with Scotland because of the money they’ve spent and they want to win the Champions League. 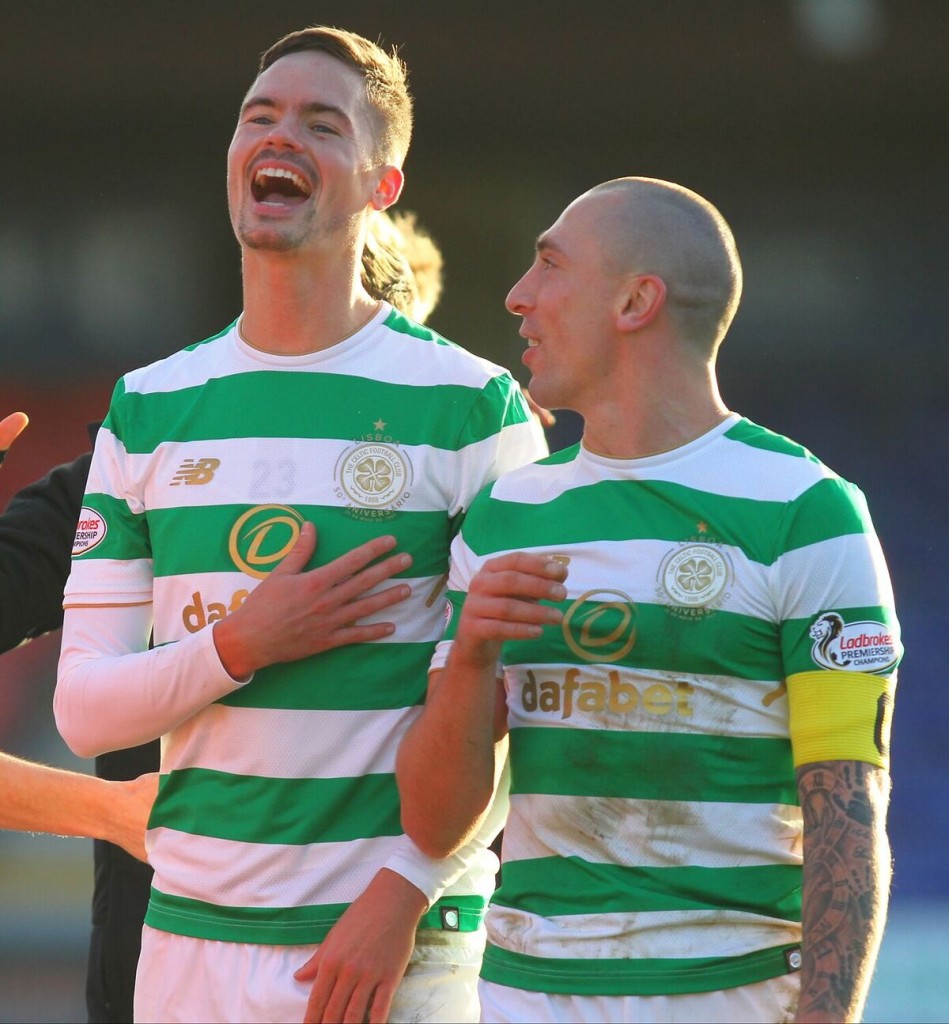 “They look like the team to beat, so if we go over there and get any sort of result it will be fantastic for us.

“It’s the hardest game in the world right now and then we go straight into a Cup Final on Sunday. The following midweek we play Motherwell again at Fir Park – well done the SPFL for that!

“But I can remember that night well with Scotland in the Parc des Princes. I ran about silly for 90 minutes, got three touches of the ball, defended really well and Faddy scored an unbelievable goal.

“Craig Gordon told me he assisted, but that about sums up the night. They were the best team in the world at the time and we went over as underdogs and defended for our lives.

“We created a couple of chances, nothing major and then Faddy scored that amazing goal from about 40 yards.

“The gameplan was to defend for 90 minutes and kick anything that moves – it suited me perfectly.

“It’s up there with the best results of my career because we were playing against top-quality players.

“We had two right-backs in me and Alan Hutton, nobody went forward, and we were up against Florent Malouda and Nicolas Anelka.

“We took a man each and defended and hoped they wouldn’t get past us. We did a good enough job to get away with that 1-0 and Craig Gordon was brilliant again in goal.”

Brown looked ahead to tomorrow night’s tussle and said: “It’s not all about miracles. It’s about playing hard and playing smart and we’ll have to do that again.

“We understand it’s going to be hard in Paris, but we know we have to try and express ourselves as well and you’ve got to be brave.

“We have a manager who likes us to go and express ourselves in the final third and if I ever get in there I’ll let you know how that goes.

“He puts demands on the front three or front four to express themselves high up the park or go and take somebody on one-on-one.

“For me, James Forrest with the way he has been playing this season, if anyone, is going to do it then you have to believe it will be him. He’s got the pace and he’s got the quality to score a goal as well.

“We have got Moussa and Griff who are scoring goals. We have players doing it at the highest level.

“There is no bigger occasion than going away from home in the Champions League against one of the best teams I’ve ever played against.

“We need to demand the ball from our team-mates and try and play a bit as well.”