Celtic Quick News on News Now
You are at:Home»Latest News»ABERDEEN DEMAND 50/50 HAMPDEN TICKET SPLIT DESPITE EMPTY SPACES AT LEAGUE CUP FINAL
By CQN Magazine on 25th April 2017 Latest News
ABERDEEN are poised to demand half of Hampden for their Scottish Cup Final against Celtic on May 27.
The Dons will make their case to the SFA for a 50/50 split of tickets, with the club expecting to bring more than 20,000 fans to travel and support them next month. 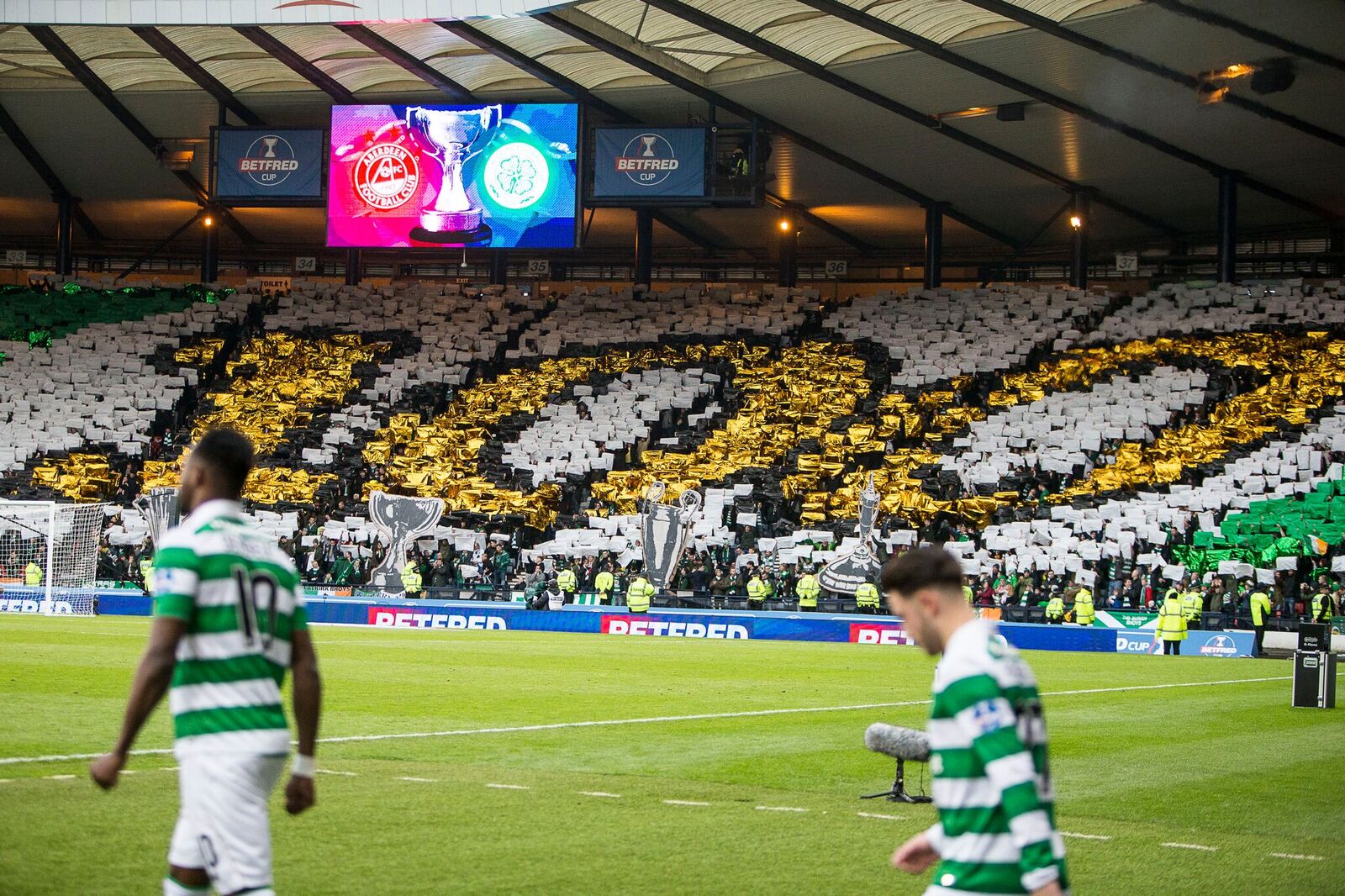 A PACKED CELTIC END AT THE LEAGUE CUP FINAL, MEANWHILE LOOK AT THE SPACES IN THE TOP PICTURE IN THE ABERDEEN END

There is set to be a stampede for the showpiece confrontation with Brendan Rodgers’ Hoops targeting a treble and the Pittodrie outfit aiming to lift the trophy for the first time in 27 years.

Aberdeen want an even allocation, despite taking just 12,000 to their 3-2 semi-final win over Hibs on Saturday. 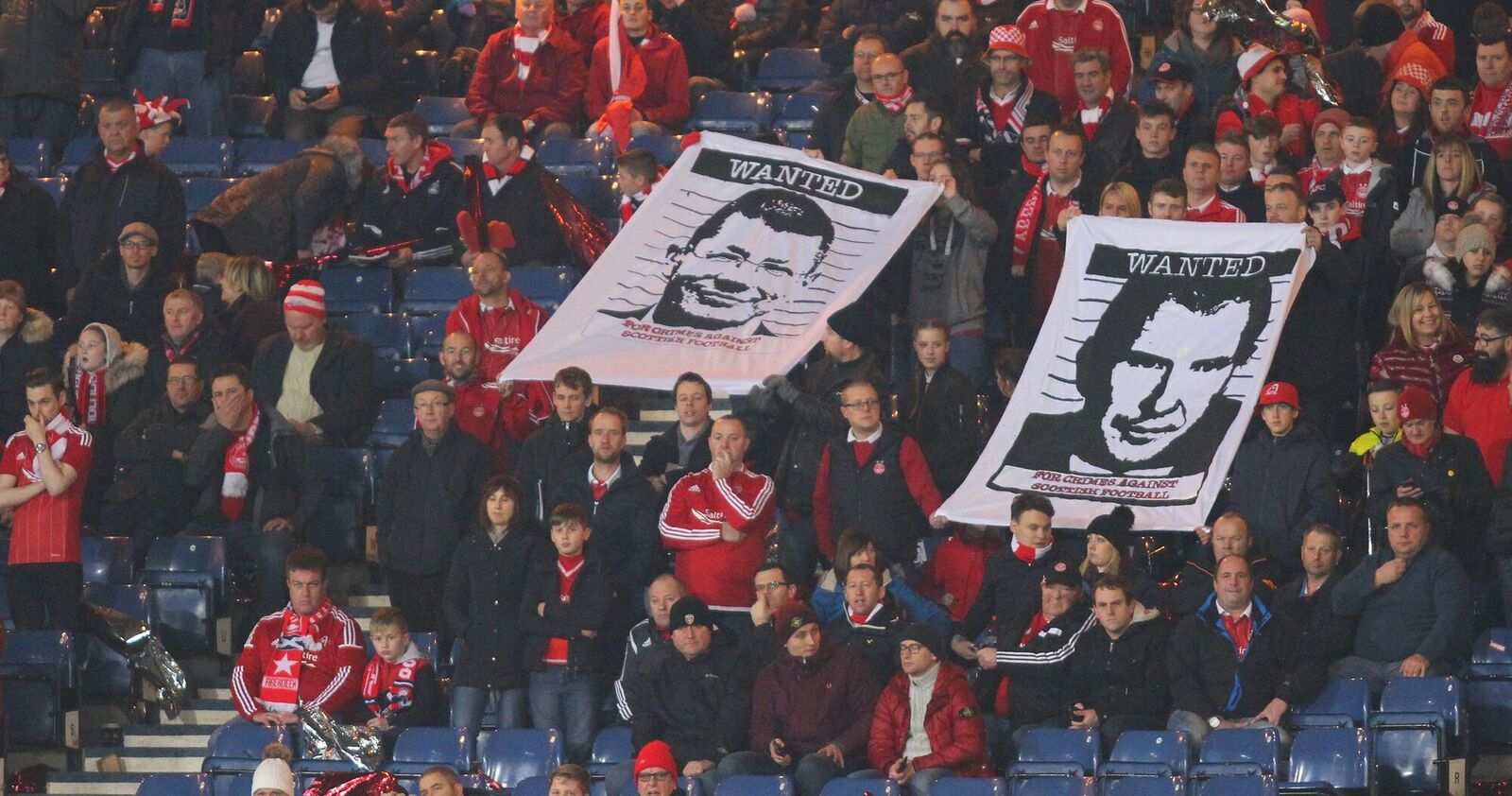 ABERDEEN FANS PROTEST AGAINST REGAN AND DONCASTER AT THE LEAGUE CUP FINAL, AMID EMPTY SPACES.

The club insist the 12.15pm kick-off was a major reason for failing to sell more briefs, with transport restrictions limiting the travelling contingent.
Celtic fans will point out that the Dons demanded and got 50% of the tickets for the Betfred League Cup Final last November but were unable to sell out their allocation, leaving an near empty section behind the goal at the Mount Florida end.
A sensible compromise would be for the SFA to hold back the section nearest the Celtic support an if Aberdeen do sell out 50% of the stadium, dandy. If however their ticket sales are similar to the League Cup Final, which Celtic won 3-0, then this section can be released to Celtic supporters, ensuring that the showpiece Scottish Cup Final is played in-front of a capacity crowd.

A UNIFORM SO SIMPLE IN ITS STYLE – GET YOUR LISBON INSPIRED JOCK STEIN T-SHIRT FROM CQNBOOKSTORE.COM WHILE STOCKS LAST!