BRENDAN RODGERS insists his Celtic players have given him their all since he arrived at the club in May 2016.

The Hoops boss has seen his team deliver seven out of seven domestic trophies and they can stretch their lead at the top of the Premiership this afternoon to EIGHT points if they beat Kilmarnock at Rugby Park.

They are also due to face Hibs in the Scottish Cup quarter-final at Easter Road on March 2 and a win in Edinburgh will edge them closer to an unprecedented treble treble.

It’s a silverware haul of which to be rightly proud, but Rodgers is aware of the blip on the radar after losing 2-0 to Valencia in the first leg of their Europa League last-21 encounter on Thursday. 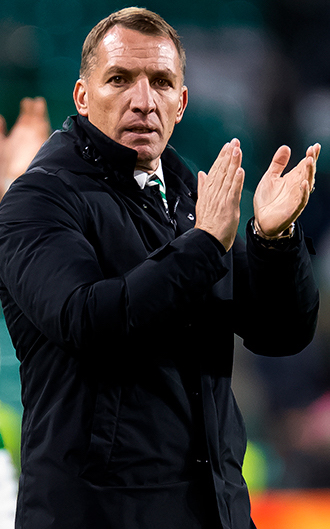 A BIG HAND…Brendan Rodgers applauds the fans after loss against Valencia.

It was a disappointing evening under the lights in the east end of Glasgow and followed on from the 2-1 defeat to RB Salzburg in the Group B tie in December.

But there is no way the Irishman is pointing the finger of blame at his playing staff for the frustration for the lack of real success on the European front.

He said: “The thing about my players is that for the last two-and-a-half years they have played 60 games a season. They’ve given me everything.

“I have absolutely no complaints.

“Yeah, sometimes we  are lacking at that higher level and especially at the level we play. Sometimes you have to try to bridge that gap however which way. You have to find a way of playing.

“If you try to just match up against better players, then the likelihood is  you’ll lose. Part of the development here since  I came was to have a blueprint that allows you to try to do it differently.” 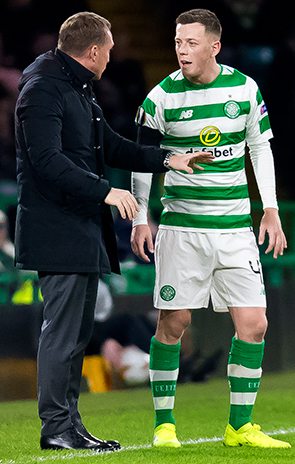 An injection of much-needed transfer cash in the summer would be welcomed by the Celtic manager when his squad will need to fill the gaps that will be left by loan players such as Filip Benkovic, Jeremy Toljan, Oliver Burke and Timothy Weah returning to their parent clubs.

And there will be the issue of replacing Dedryck Boyata in central defence when he walks away at the end of his contract.

Several players such as Mikael Lustig, Emilio Izaguirre and Cristian Gamboa are also coming to the end of their deals.

Rodgers said: “The money gives you belief. Otherwise, lesser players would be  up at that level.

“If you have players of that quality, and a big  number of them, they  have a belief.

“Sometimes ability-wise there isn’t a big difference – but the belief can carry them to a certain stature.

“That’s the difference between a lot of the players at that next level.

“But for us, Thursday was disappointing because we are a lot better than that. It was our own mistakes.

“It wasn’t as if they were peppering our goal or speeding up their game or even cutting through us.

“Games like that are going to be tight, but you can’t make  mistakes and we did that too many times. 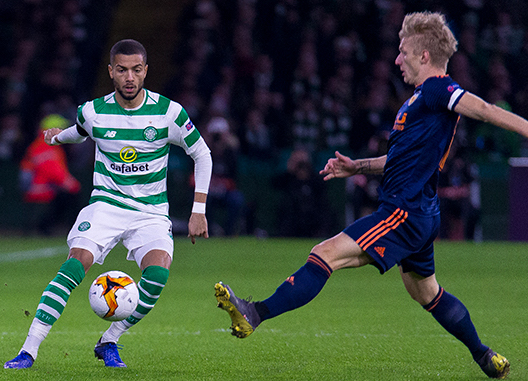 HEADING HOME…Jeremy Toljan will return to Borussia Dortmund in the summer.

“It’s just a certain level that you can go to. It’s as simple as that.

“The level is not only belief, it’s also concentration, which really plays a huge part at the highest level.”

Rodgers is refusing to write off his team’s chances of producing a shock in the second leg at the Mestalla on Thursday.

He added: “If we can get the first goal, it might just give you the belief to go and get something.

“It’s a historical stadium, one of the great ones in Spain. Valencia are a great team, but we need to believe that we can go over there and get a result.

* DON’T miss the unbeatable match report and the best action images from Kilmarnock v Celtic this afternoon – only in your champion CQN.