EMILIO IZAGUIRRE has joined the Saudi Arabian side Al-Fayha is a £1.25milion transfer deal.

Celtic had initially indicated that they wanted to keep the player who for the past two seasons has had to play understudy to Kieran Tierney, but decided not to stand in the player’s way with regard to the money bags two year deal he has secured for himself.

The hugely popular 31 year old will be missed by the Celtic support who have always held the Honduran in the highest of esteem since arriving at Paradise in 2010.

Now Izzy has the chance for a lucrative pay day in the Gulf at the Al Majma’ah-based club. He will join them in their Austrian training camp this week, although leaving Celtic will be hugely emotional for the left back.

Al-Fayha won the Saudi First Division title this year and won promotion to the top flight.

Izzy actually thought he was leaving a year ago and signalled his goodbyes both at the away defeat to St Johnstone – the last time Celtic lost domestically and again the 5 in a row trophy Day romp againstMotherwell.

But Celtic had a year extension clause on his contract and decided to activate this. That came in very handy when Tierney was  sidelined mid season through unjury and Izaguirre came into the side and enjoyed a fine run of form. He started in the 3-0 Betfred Cup Final win over Aberdeen last November. 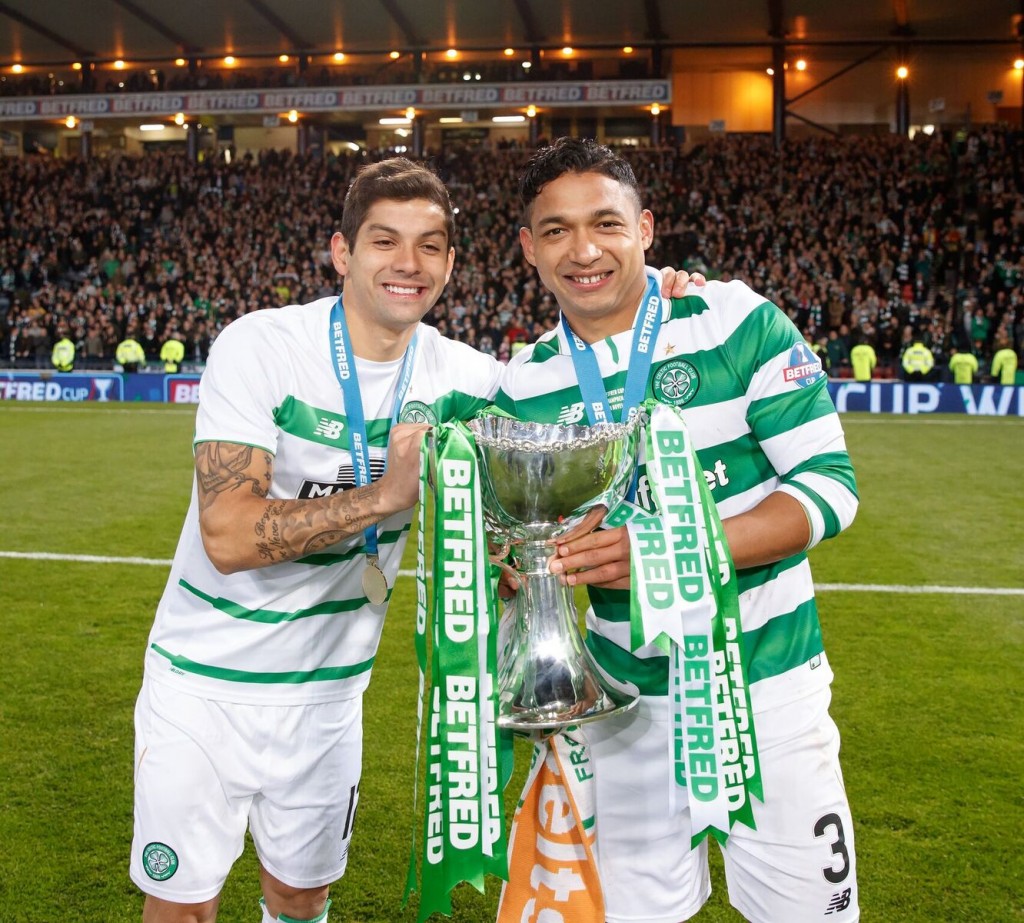 Just a few weeks ago the player revealed that he was ready to stay at the club and indicated Celtic wanted a new deal too.

“The Celtic manager has told me he wants to keep me,” Izzy said.

But things can happen quickly in football, and with regular first team football important to the player plus the great financial rewards in the Middle East, no one will wish him anything but the best for his next challenge.

He will be welcomed back anytime. Celtic love you more than you can know…