Celtic Quick News on News Now
You are at:Home»Football Matters»AFTER CELTIC, THE GRASS IS SELDOM GREENER
By CQN Magazine on 23rd February 2016 Football Matters
JAMES FORREST, as we reported yesterday, has knocked back a lucrative four-year contract extension offer from Celtic and is now heading for the Parkhead exit door, with a move down south likely in the summer. We said yesterday that Norwich City may be his destination.
Forrest will not be the first to have quit Celtic, believing that the grass is greener elsewhere.
Here are eight other Hoops stars who have left in the recent past only to find obstacles barring their path to glory.
AIDEN McGEADY 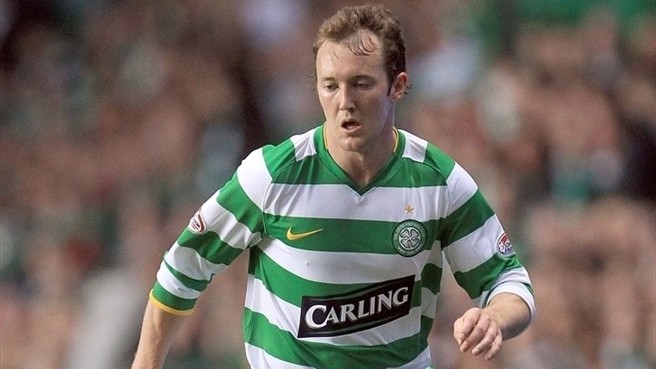 The winger moved from his boyhood heroes to join Spartak Moscow in a £9.5million deal in August 2010.
He won four league titles, two Scottish Cups and two League Cups at Parkhead – and nothing since his big-money move.
The nearest he got to silverware was a championship runner-up with Spartak, but provoked the club’s fans by revealing he had every intention of leaving when his four-year deal was completed.
McGeady, the Glasgow-born Republic of Ireland international, joined Everton in January 2014 for an undisclosed fee, but has failed to convince at the Merseyside outfit.
The 29-year-old attacker is now on loan at Sheffield Wednesday in an effort to get game time and attract Martin O’Neill’s attention in a bid to get into the Irish squad for the summer’s Euro 2016 Finals in France.
LIAM MILLER 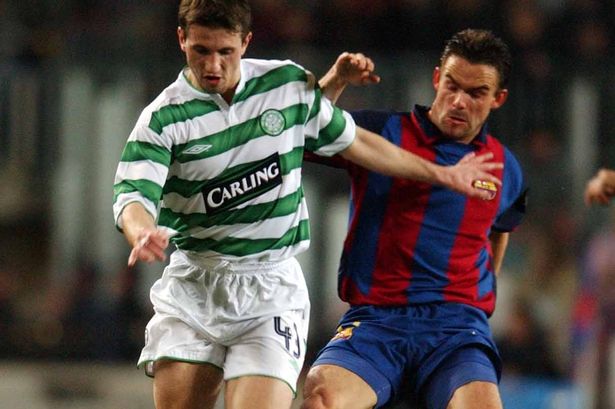 The Republic of Ireland midfielder was spirited out of Celtic by Manchester United boss Sir Alex Ferguson in July 2004, much to the annoyance of Martin O’Neill.
Miller, after only 26 first team appearances, left at the end of the contract and headed south with promises of a bright, new era at Old Trafford. Didn’t happen. He played a total of 26 times before being loaned to Leeds United a year later.
He moved to Sunderland in 2006 and his career took a distinct nosedive. In quick succession, he played for Queens Park Rangers, Hibs, Perth Glory, Brisbane Roar, Melbourne City and Cork City.
Miller, at the age of 35, joined American third-tier side Wimmington Hammerheads earlier this month.
GARY HOOPER
Ironically, the English-born striker is currently a team-mate of McGeady at the Hillsborough outfit after agreeing a £3.5million switch from Norwich City last month.
Neil Lennon paid £2.4million to sign the striker from Scunthorpe in 2010, but after 63 goals in 95 league games, it was obvious the player wanted to return south.
It appeared he believed he would have a better chance of England international recognition if he played in the Premier League.
Former Carrow Road boss Chris Hughton paid £5.5million for the frontman in July 2013, but the club were relegated in his first season.
Hooper managed to score only eight goals in his intital campaign in England’s top flight, but he claimed 12 as the club came straight back to the elite via the play-offs. He was an unused substitute in the 2-0 win over Middlesbrough in the Final.
Ex-Hamilton gaffer Alex Neill, Hughton’s successor, was obviously not a fan of the chunky striker, 28, and offloaded him to Wednesday on loan and then made the move permanent during the recent transfer window.
KELVIN WILSON 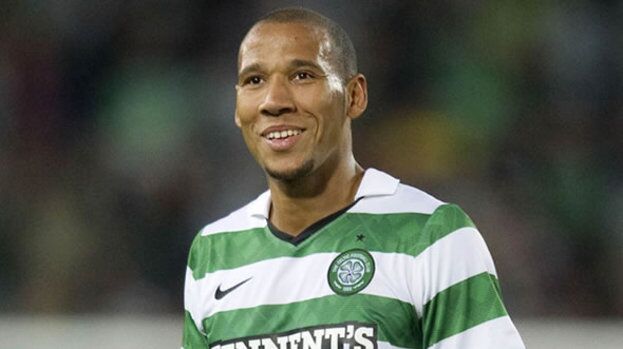 The raw centre-half arrived at Parkhead on a Bosman from Nottingham Forest in July 2011, signed by Lennon who had been impressed with him during his brief stint at the City Ground.
Wilson was seen as a no-frills stopper, but Hoops fans were never convinced with his lack of ability with the ball at his feet.
The homesick player made early noises about returning to Forest and Lennon didn’t stand in his way.
He was sold back to the Championship side for £2.5million – a great bit of business by Celtic – in August 2013 and has just about disappeared from trace.
To be fair, the  30-year-old defender has been hampered by a persistent ankle injury during his Forest comeback and didn’t appear in any games between October 2013 and April the following year.
JOE LEDLEY
The Welsh international midfielder, signed on a Bosman from Cardiff City in July 2010, became a favourite with the Hoops faithful – especially after his winning goal against Rangers at Parkhead in January 2012.
However, there were persistent stories of the hard-working Ledley seeking an escape route and a return to Enlish football.
As the 29-year-old grafter was running down his contract, he got his opportunity when Celtic accepted a cut-price £800,000 from Crystal Palace in January 2014.
Ledley, though, has struggled with the London outfit although he played in the 1-0 FA Cup upset over Spurs at White Hart Lane at the weekend.
ADAM MATTHEWS 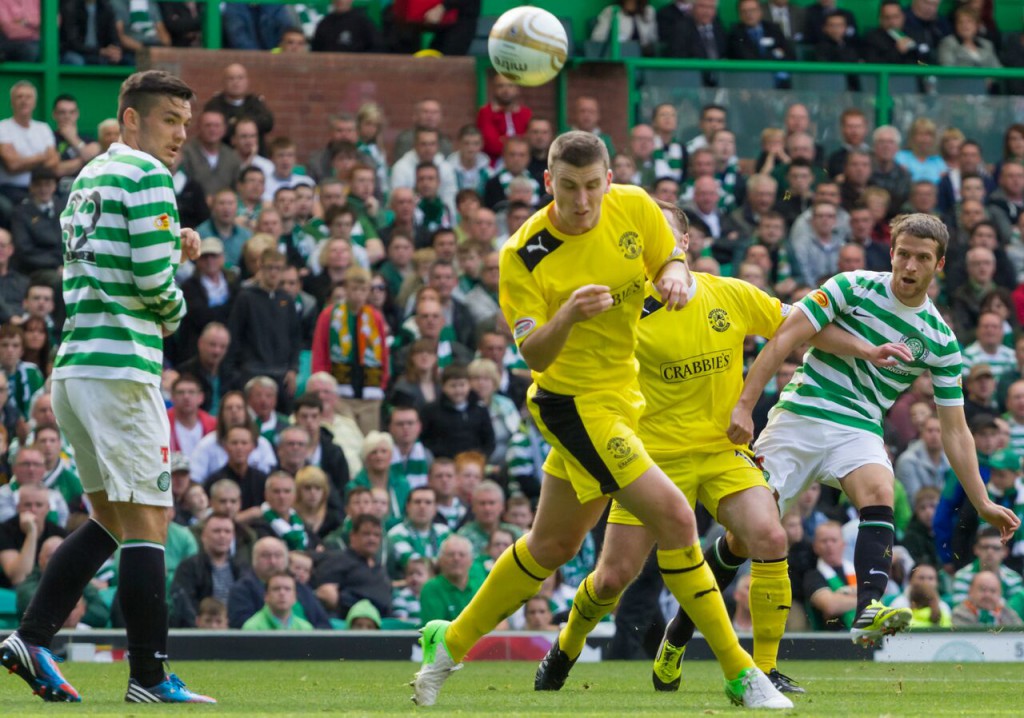 The right-back was another who arrived from Cardiff City at the end of his contract in July 2011.
He flitted in and out of the team, mainly as a rival to Cha Du-Ri and then Mikael Lustig.
The champions snapped up a bid of £2million from ex-Rangers manager Dick Advocaat to sell him to Sunderland in the summer.
Matthews made his debut as the Black Cats were hammered 4-2 by Leicester City on the opening day of the league season and hasn’t started a game since.
Sam Allardyce, Advocaat’s replacement, is eager to sell on the Welsh international, who is still only 24.
And don’t overlook the other Celtic player in this photograph.
TONY WATT
He had the world as his feet as he passed the ball into the Barcelona goals to put Celtic 2-0 ahead in that unforgettable night in Paradise.
Nothing he will do in football as he moves around clubs – he is currently at Blackburn Rovers – will ever come close to that feeling.
ISLAM FERUZ
The Somalian-born Scottish Under-21 midfielder is probably the best example of leaving Celtic far too soon.
Feruz, at the age of 15, quit the Hoops in September 2011 for Chelsea, with the Parkhead side picking up a paltry £300,000 in due compensation.
The youngster threatened to take the big-time by storm, but, at the age of 20, has yet to make a first team appearance for the Stamford Bridge side.
He has had unsuccessful loan spells at OFI Crete, Blackpool and Hibs and has been told he will be moving out on a temporary move again in the summer.
——————————————————
CQN SPECIAL OFFER!