Celtic Quick News on News Now
You are at:Home»Football Matters»‘AJAX FAVOURITES & MULGREW MISSING’ JOHN COLLINS
By CQN Magazine on 16th September 2015 Football Matters
JOHN COLLINS reckons Ajax are favourites for tomorrow night’s Europa League crunch tie at the Amsterdam ArenA.
The Celtic No2 admitted facing the four-time European champions on their own ground will feel like playing in the Champions League.
And he accepts his side will have to be in top form to take anything from the encounter against Frank de Boer’s outfit.
He said: “Ajax are a good young team. I watched their Champions League qualifiers and they were very unlucky not to qualify. 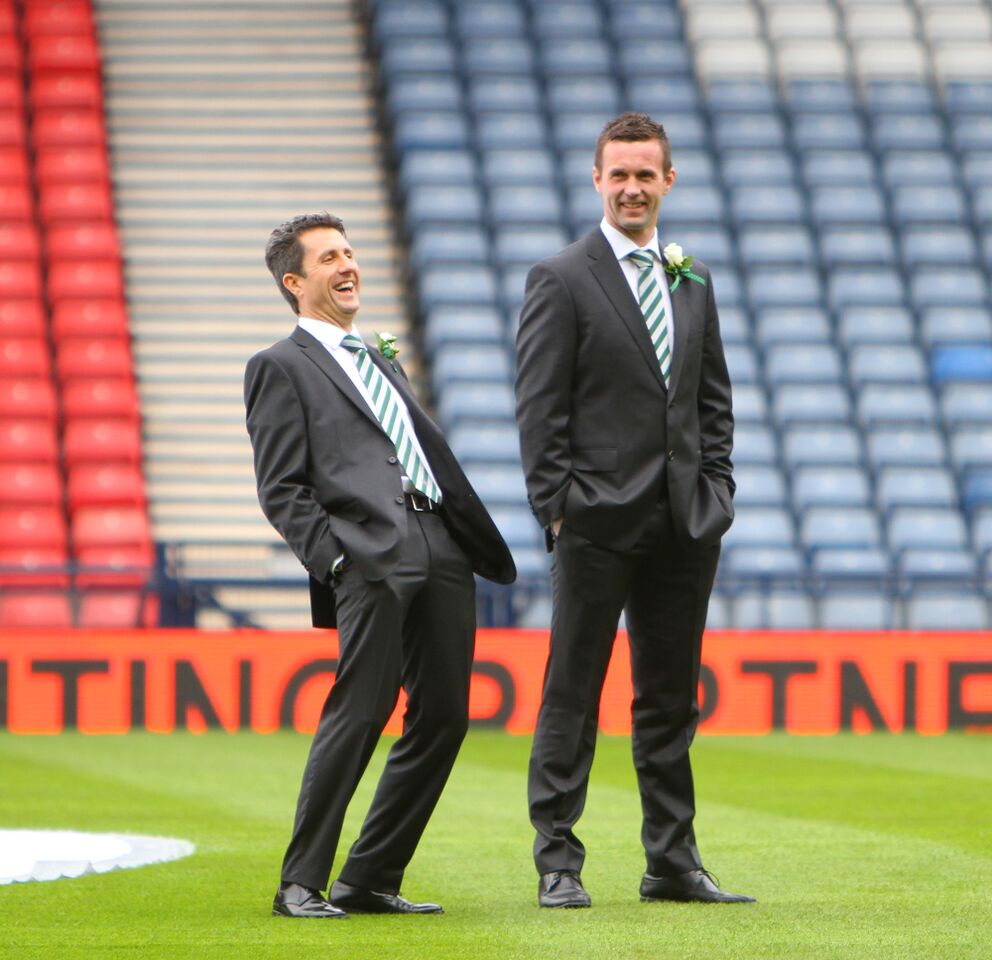 “We don’t play teams like Ajax every week. They have a lot of new players, doing very well and only lost their first points of the season at the weekend in a 2-2 draw.

“It is another game, another tournament, and I thought we did fairly well in it last season getting out of the group stages, so we want to do exactly the same this season.

“We won’t be favourites, it will be a tough match, but one we feel we can go and win. I’m very excited. You have to look forward to these big games.”

Meanwhile Celtic have suffered a blow with the news Charlie Mulgrew will miss the crucial Europa League opener against Ajax in Amsterdam tomorrow night.
The versatile defender didn’t even travel with the rest of the squad today after sustaining an injury against Aberdeen on Saturday that could see him sit out several games.
On Mulgrew’s injury Collins said: “Charlie has a thigh muscle injury, so we’re still waiting for confirmation of the scan result, but it looks like it will be a few weeks.

“It is a blow, he’s an experienced player. He’s played in a lot of big games, so we just hope he makes a speedy recovery.”

Mulgrew’s absence could hasten the introduction of new £5.5million signing Jozo Simunovic, who joined from Dinamo Zagreb at the end of the transfer window. Collins revealed he could make his first appearance at the Amsterdam ArenA.

Collins said: “The team has not been picked, but Jozo trained very well and there’s every chance he could get his debut.”