KRISTOFFER AJER will not let sentiment stand in his way as he attempts to help Celtic crush Kilmarnock at Parkhead tomorrow afternoon.

The 21-year-old Norwegian international central defender admits he holds the Ayrshire club in high regard after spending half a season on loan at Rugby Park.

However, last Sunday’s matchwinner against Aberdeen at Pittodrie has his focus firmly on the Hoops’ ninth successive title and that means three more crucial points against Alex Dyer’s side with 11 league games still to be played.

Ajer, speaking to the Evening Times, said: “I still have affection for Kilmarnock, of course I do, I loved my time there.

“It’s a fantastic club and they really took care of me during my six months there. I only have positive things to say about Kilmarnock.

“I was young when I went there, but it was important for my career. I went there and played nearly every single game as a centre-half.

“Everyone was very positive, and they gave me a lot of good feedback from the manager. It stood me in good stead for where I am today.

“They have been playing very well recently and managed to achieve some big results. It will be a difficult game, but, hopefully, we can continue to perform the way we have this year and we can win the points.

“It’s difficult to play so many games but that’s what it’s like to be a Celtic player. You have to perform well in every game.

“We will recover from the game in Copenhagen and we will be ready for tomorrow. 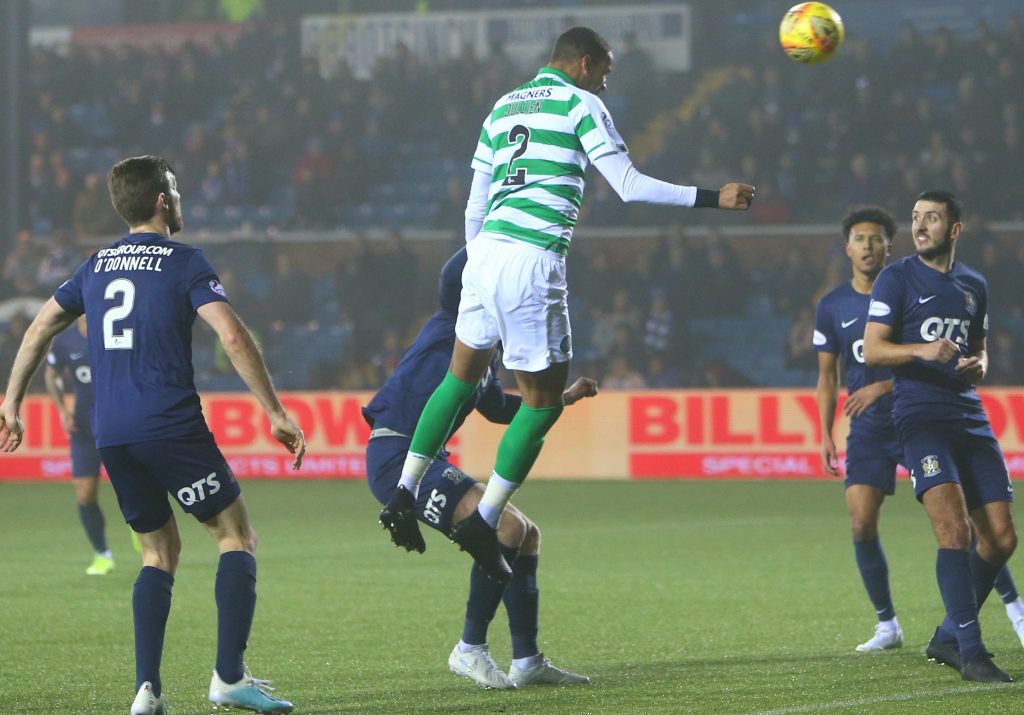 NUMBER THREE…rise and shine for Christopher Jullien as he powers in the killer goal.

“We want to keep this run going. We want to perform in every game.

“It will be tough, but we will be very positive because we want another three points.”

The Hoops won 3-1 at Rugby Park last month, but had to battle all the way for the victory after Killie had pulled one back after Neil Lennon’s men had taken a two-goal lead through Odsonne Edouard and comeback Bhoy Leigh Griffiths.

The points were heading for the east end of Glasgow, though, when the towering Christopher Jullien rose spectacularly to thunder a header from a Griffiths left-wing corner-kick into the roof of the net for the third goal.

Coincidentally, the champions enjoyed an identical result at Parkhead in September. A similar scoreline will be acceptable tomorrow with the points all important in the run-in for another crown.