The 19-year-old centre-back made his senior debut in the 4-1 victory over Tom Rogic’s Australia last week and followed that up with a 1-0 success in Albania on Monday night.

Kennedy insisted Ajer’s latest elevation was thoroughly merited and said: “Obviously, he has had a very good season and I think we forget how young he is.

“He came over from Norway and went out to Kilmarnock on loan to play and improve. He came back, waited for his opportunity and he’s taken it and he’s been excellent for us.

“Kristoffer is on a good run of games and the manager has shown great confidence in him, sticking him in and keeping him in.

“That has led to the international side now which is great for him. It’s a great achievement at his age and it’s thoroughly deserved as he works ever so hard on his game.

“And he’s only going to improve with games at Celtic and benefit from the international stage.

“He’s a player who gives everything he’s got. He wants to be a top player and do everything he possibly can to get there.

“When he first came in, his pathway was probably going to play in central defence and he had been a midfielder most of his days.

“He had adjustments to make and he had to go and restart in a way as he was playing in a new position and had to learn new things.

“To be fair, he rose to the challenge and was willing to go for it. The Kilmarnock move did him the world of good, giving him that experience, putting him in situations where he was forced to defend a lot, make mistakes and learn from them.” 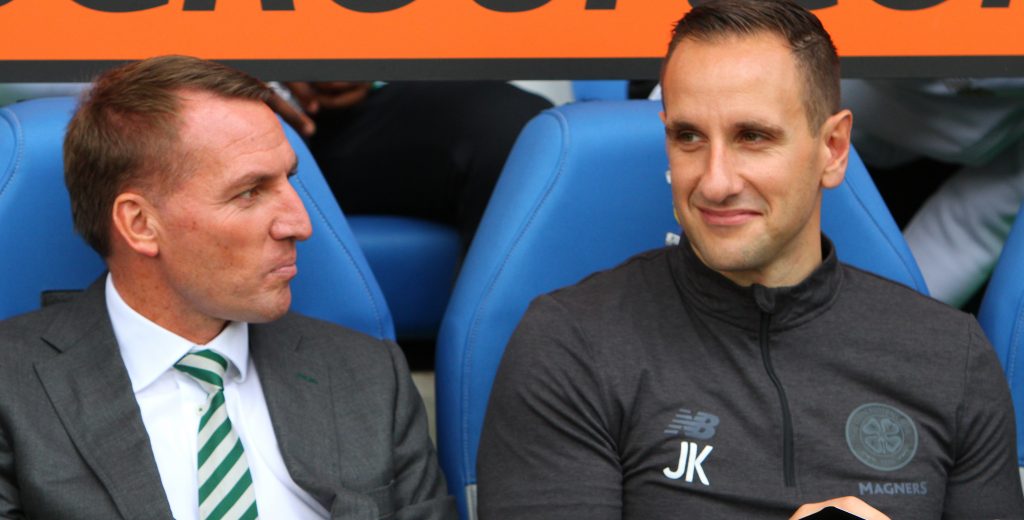 Kennedy added: “This season, he has obviously developed a great deal. The manager showed the confidence to put him in and when he got the opportunity he took it – and that’s what it’s all about.

“The players work on their game but they need that opportunity and the manager will give them it when the time is right.

“It’s then up to the player to take that and he’s certainly done that. He’s getting better, game on game, and, hopefully, that keeps going for club and country.

“You don’t want to put too much pressure on him too soon and build him up to be something he might not become, but he certainly has a lot of attributes.

“We’ve got a lot of confidence in him and we see him as one for the future.”

* Kennedy was speaking to the Celtic View, on sale now.