KRISTOFFER AJER has revealed he is “EXCITED” about the massive challenges that face Celtic as they attempt to turn their season around.

The Hoops have been knocked out of two European tournaments and the Betfred League Cup while plummeting 19 points behind in the pursuit of the historic tenth successive title.

The champions have three games in hand and that will move to four by the time they play Hibs at Parkhead on Monday night after Steven Gerrard’s Ibrox outfit have faced Aberdeen at Pittodrie at the weekend.

Ajer and his team-mates are due to return from their warm-weather training camp in Dubai tomorrow and it’s clear they must get back into their stride after losing 1-0 in Govan on Saturday where their impressive performance was undone with a red card for Nir Bitton and an own goal from Callum McGregor.

The 22-year-old versatile Norwegian international, speaking to Celtic TV, said: “We’re disappointed with the defeat. We are a club who are expected to win every single game and the players expect it, as well. 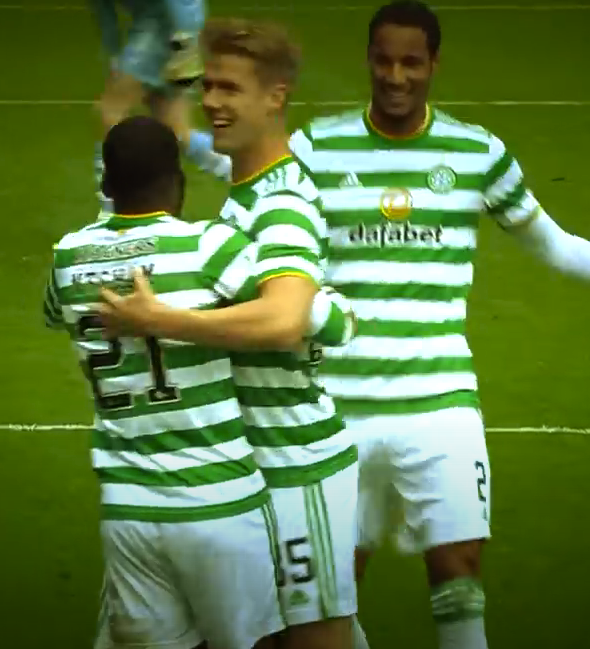 “We must try to perform better in the second half of the season.

“We are excited for the challenge and are really looking forward to it.”

Ajer dismissed the unnecessary controversy and Scottish Government attempted intervention of the Dubai break to add: “It’s always a really good trip. We come out here, get some sun, great training and to get the opportunity to be together for five full days now is really beneficial for the whole squad.

“That’s always our target, we’ve done that every single year we have been here and we’re doing exactly the same thing we have done for the other years.

“We’re training hard, pushing each other and, hopefully, we come back even fitter this time.”