Celtic Quick News on News Now
You are at:Home»Latest News»AJER SIGNS UP FOR RONNY’S QUALITY STREET GANG
By CQN Magazine on 17th February 2016 Latest News
CELTIC have snapped up Norwegian wonderkid Kristoffer Ajer on a four-year deal, as CQN stated yesterday and predicted at the end of last year.
The 17-year-old midfielder will spend the remainder of the season with FK Start, who are believed to have accepted a fee of £800,000 for their hottest property, before returning to Scotland in the summer.
Ajer, a skyscraper player at 6ft 5in, had trials at Lennoxtown and impressed manager Ronny Deila. He arrived in Glasgow yesterday for a thorough medical before agreeing the contract that will keep him in the Hoops until 2020. 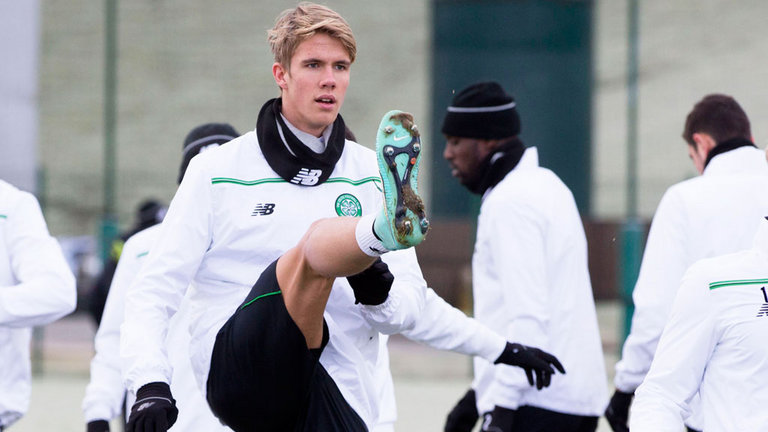 He said: “I can’t wait to get started. I enjoyed my time training with the first team players and I know I will be happy here.”
Ajer shares an agent with fellow-Norwegians Deila, and Stefan Johansen and will be aware of the challenges that come with wearing the famous green-and-white hooped shirt.
Ex-Celtic favourite Vidar Riseth, who played for the club between 1998 and 2001, has followed his progress closely at home and believes he has chosen well in joining the Glasgow giants.
He said: “I think it’s a very good choice. Firstly, Ronny Deila is there and he has shown that he is willing to put faith in young players.“I believe he will get playing time and be given a chance next season, but I would not expect him to have a permanent place. Nobody will expect too much of him in his first season.”
Riseth added: “Celtic, of course, are very different as a club from the time I was there. Back then, there were established players such as Chris Sutton, Mark Viduka, Paul Lambert and, of course, Henrik Larsson.“The emphasis is now more on young players. Also, I think Ajer will probably be surprised at how the fans are there. 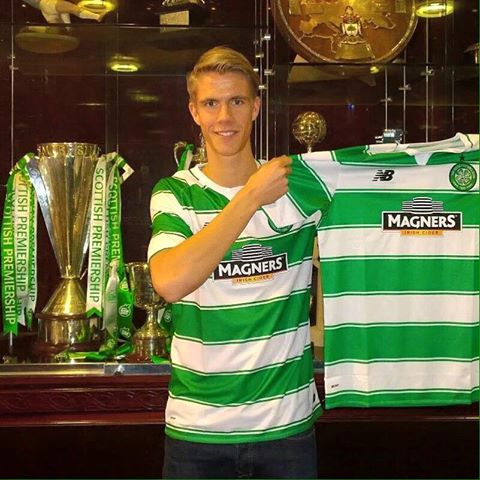 “It’s fantastic to be a Celtic player. You can not get any bigger when it comes to fans.“Celtic supporters are also especially supportive of younger players. In his debut, he will definitely play with goosebumps.”Harald Brattbakk, another ex-Celt from Norway, will be forever remembered as the player who scored the second goal in the historic 2-0 win over St Johnstone in May 1998, which stopped 10-in-a-row and rubberstamped his place in the club’s history.He said: “Celtic are a great club with an incredible fan base. He should just enjoy every day he gets at Celtic Park.

“It is only after I left that I realised how big club it actually is. I am still recognised by Celtic fans worldwide.

“Kristoffer has shown he will be a good player in the future and I am glad that he chose Celtic.”

Celtic TV will have an exclusive interview with the new signing shortly – actually here it is…
http://www.celticfc.tv/archive?video=3643
———————————————
CQN SPECIAL OFFER!