KYOGO FURUHASHI is determined to hit the ground running in his second season at Celtic following his £4.6million arrival from Vissel Kobe 11 months ago.

The 27-year-old striker is preparing for Lennoxtown – with pre-season training due for non-internationals on Monday – by working out with his former club team-mates in Japan. 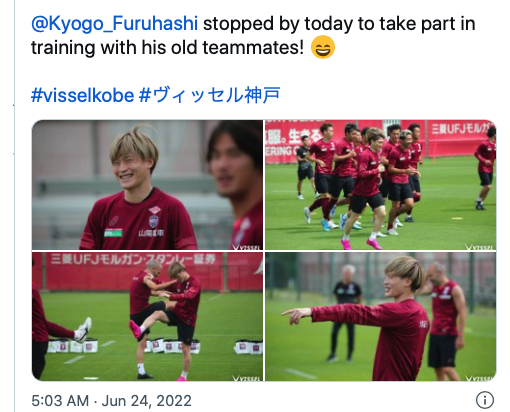 It’s been all-go Kyogo as he popped in to see Barcelona legend Andres Iniesta and his old pals.

It wasn’t long before he was in the club’s training kit and going through a session, as Vissel Kobe put some images on social media.

The former fans’ favourite is set to receive special applause from Kobe followers before their game against Urawa Red Diamonds on Sunday night.

Kyogo will be excused a return to the Hoops at the start of next week as one of the players who was involved with his national team during the summer. 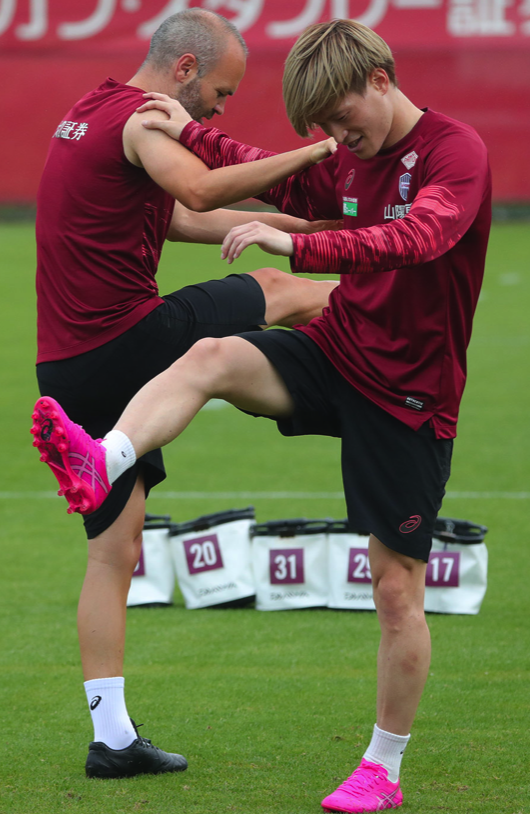 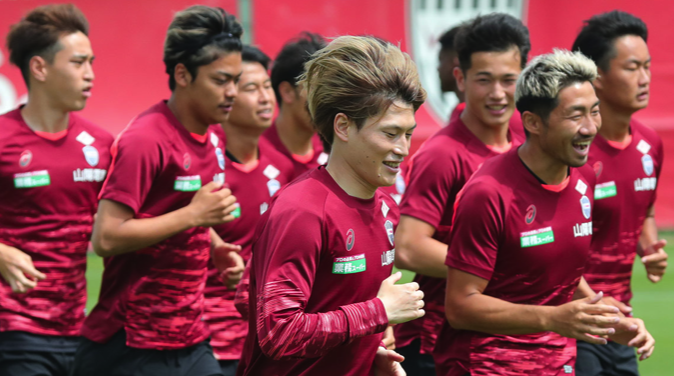 FRONTRUNNER…Kyogo is a racing cert as he loosens up. 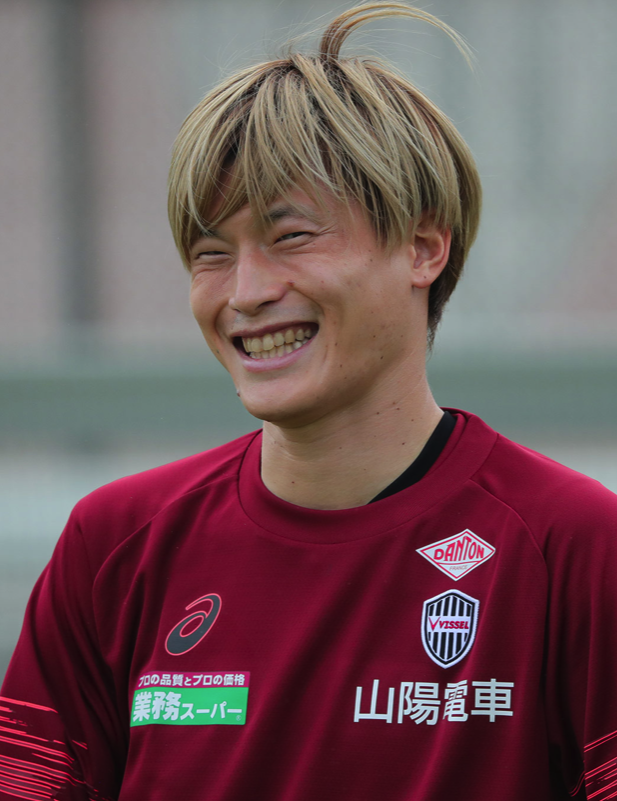 HAIR-RAISING…Kyogo is all smiles as he prepares for another routine.

Far East team-mates Reo Hatate and Daizen Maeda will also be missing with others such as the Hoops’ Scotland quartet of skipper Callum McGregor, Anthony Ralston, Greg Taylor and David Turnbull.

Kyogo, who claimed 20 goals – including a double in the League Cup Final triumph over Hibs in December – during his debut campaign, missed 17 games after the turn of the year with a persistent hamstring problem that also sidelined him for five outings in the first half of the term.

It looks as though the pacy raider is out to make sure he is in perfect condition for the launch of the new campaign with the first Premiership encounter due against Aberdeen on Flag Day at Parkhead on Sunday July 31.