Celtic Quick News on News Now
You are at:Home»Latest News»ALL OVER FOR JULLIEN
By CQN Magazine on 19th February 2021 Latest News

The towering defender hasn’t kicked a ball this year after colliding with a goalpost in the 3-0 win over Dundee United at Parkhead on December 30.

Jullien has now returned to France for intensive rehab on his problematic knee injury. The 27-year-old centre-back, who cost £7million from Toulouse in the summer of 2019 as a replacement for Dedryk Boyata, has checked into the FFF’s Clairefontaine medical centre in his efforts to regain peak fitness.

The Hoops star, who netted the Betfred League winner against Steven Gerrard’s Ibrox outfit in his first season, still has a brace on his knee. 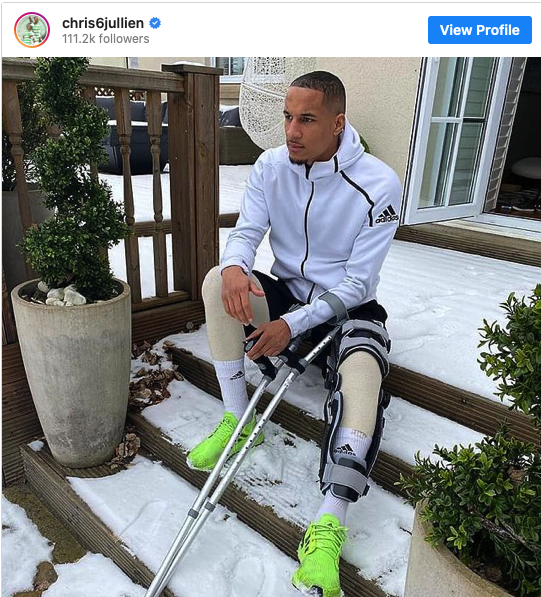 He is desperate to get back to action before the completion of a jinxed campaign, but it is more likely he will now concentrate of being fully fit in time for what is certain to be a crucial new term, according to the Scottish Sun.

Jullien has made only 15 appearances this time around and was out for a lengthy spell after sustaining a back injury in the 5-0 win over Ross County in early September.

The former Under-21 international, who tested positive for Covid-19 after the Hoops’ ill-fated Dubai trip last month, could now write off the season to forget.