Celtic Quick News on News Now
You are at:Home»Latest News»ALL YOU NEED IS LOVE: ELYOUNOUSSI BACK ON FAST TRACK
By CQN Magazine on 4th November 2019 Latest News

FRASER FORSTER insists all Hampden hero Mohamed Elyounoussi required to get him back on the fast track is a little bit of love.

The Moroccan-born Norwegian international forward scored two, made two and hit the woodwork as Celtic overwhelmed Hibs 5-2 in the Betfred League Cup semi-final at the national stadium on Saturday night.

Elyounoussi, who, like the towering keeper is at the Hoops on a season-long loan from Southampton, can now train his sights on Steven Gerrard’s side in the Final on December 8 after the Ibrox team beat managerless Hearts 3-0 yesterday.

The 25-year-old left-sided raider, who was bought by ex-boss Mark Hughes for £16million from Swiss outfit Basel last summer and then snubbed by his replacement Ralph Hasenhutti, has now claimed seven goals in as many games and was Man of the Match against the Easter Road outfit who had no answer to his skills. 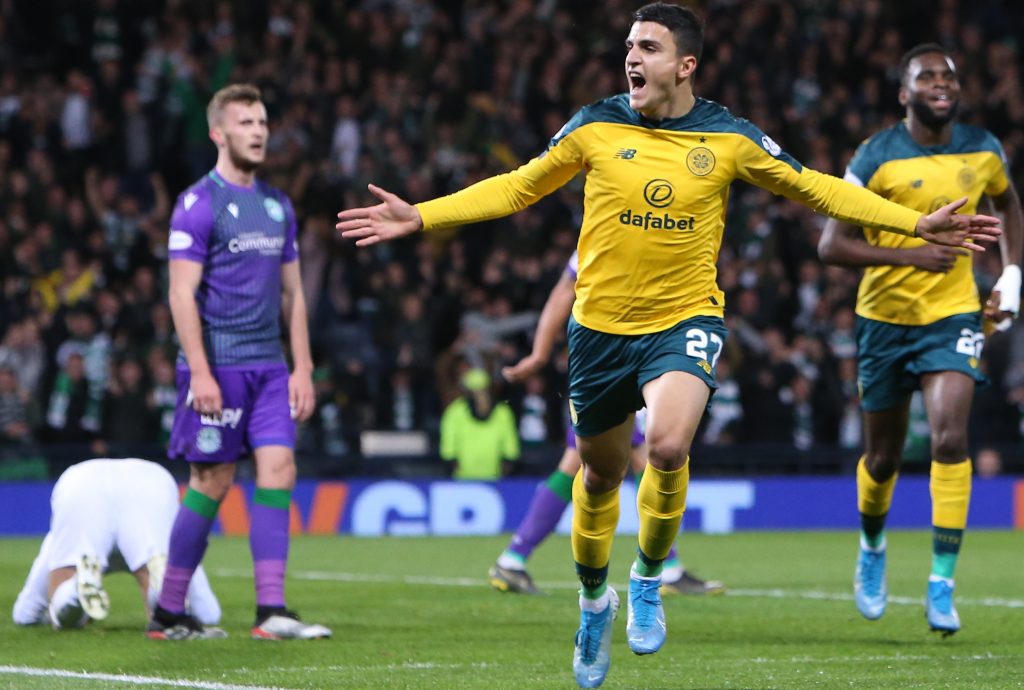 JOY BHOY…Mohamed Elyounoussi turns away in delight after the opening goal against Hibs.

It’s a remarkable transformation for the player and Forster, speaking to the Daily Record, said: “I’m delighted for Moi. He had a tough year last year, as well, it is amazing what a bit of love and  confidence can do for you.

“Ever since he scored that  first goa l(against Cluj), he has not looked back. He keeps chipping in and contributing and that’s just fantastic for us.

“It is a positive, multiplying effect. Last year, Moi did not really play much football at all. He has come here and you need that run of games in the team, it’s hard to come in and be expected to do it from day one.

“But he has come in, had a few 90 minutes under his belt and scored and had assists. His  confidence can only grow and grow if he is doing that. I am absolutely delighted for him.

“I know more than anyone how hard it was for him last year and he just looks like a completely different player.”