It’s back to business for Celtic with important matches at Aberdeen and Amsterdam looming on the horizon.

Skipper Scott Brown, a target for the click bait ‘Celtic’ sites over the last few days, played through the pain barrier for his country and could be a doubt for Celtic. Nir Bitton and Tom Rogić both had better luck in their international games over the past week, both getting on the score sheet for Israel and Australia respectively. Both are vital for Celtic over the next two away matches. 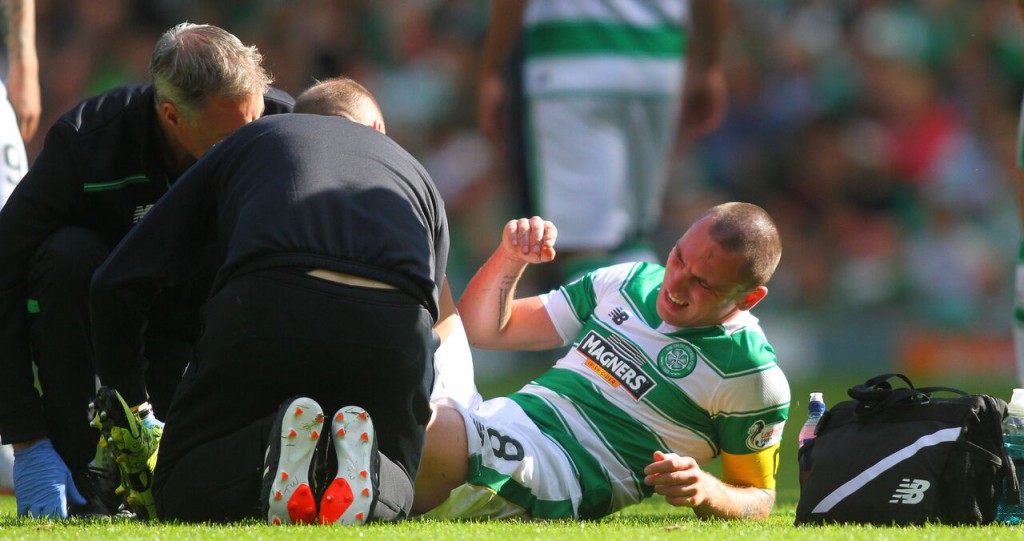 Joining them in midfield could be Celtic’s new creative midfielder Scott Allan who spoke to the media today ahead of Saturday’s lunchtime trip to Pittodrie and next Thursday’s tea time kick off in Amsterdam.

Allan was not included in the international squad so will be one of the few in the squad who has had a good rest.

Like the rest of us Scott is glad for the focus to be back on all things Celtic and he’s hoping to be involved.

“There are a lot of games coming up so I think everybody well get a chance,” said Allan.

Looking ahead to Saturday’s crucial match at Pittodrie, Scott Allan has nothing but respect for the Aberdeen side Celtic will come up against in the top of the table clash.

“I saw them a few times last year and they did well,’ said Allan.

They’ll be hoping to progress this year, I know a few of their players and they’ve got a really good team so it’ll be a difficult game.

“Them and Hearts have strengthened and had decent starts so we need to look after ourselves and pick up points.”

Allan arrived at the club in one of the most high profile transfers in recent seasons, and the news of his arrival, you may recall, was revealed on these pages. He has however turned his early days at Celtic into a much more low key affair, to deliberately avoid the limelight and any hassles that may have otherwise come his way.

He’s simply been concentrating on his football. 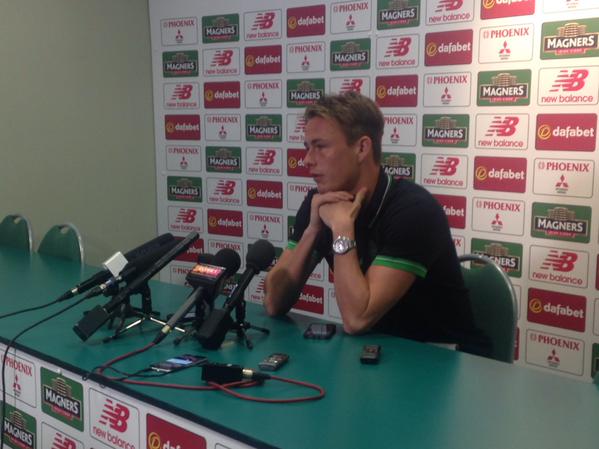 “I’ve been learning about blending into the way we play and how we work off the ball,” the midfielder explained, “and what we want to do going forward so it’s just about being part of that and developing. ”

And it is good to hear that he’s managed to avoid the hassle that some predicted would befall him.

“Things have been fine. I’ve kept my head down and just got on with my football.”

Allan realises he must work hard on developing his game while he waits his chance to impress the Celtic management team of Ronny Deila and John Collins, who himself starred for Hibs before making a successful move to Celtic.

“I knew when I signed here I’d need to be patient. I’ve had minutes to come on and show but I know I just need to wait for my chance.”

“The manager will pick the team he thinks is right and it’ll be the same come the European games.”

Allan is looking forward to being involved in the forthcoming Europa League campaign which starts next midweek against Ajax in Amsterdam, which has a 6pm kick off.

“We have some big teams to play against and there are some big fixtures there.”