Celtic Quick News on News Now
You are at:Home»Football Matters»ALLAN CAN ANSWER SOS
By CQN Magazine on 26th November 2015 Football Matters
SCOTT ALLAN, the Hibs midfielder who snubbed Rangers 2012 for Celtic, is poised to make his first top team start against Ajax at Parkhead tonight.
The 23-year-old playmaker has had only three substitute appearances totaling 41 minutes since his move from Easter Road three months ago.
However, Allan is now poised to answer a Europa League SOS from Ronny Deila whose team will have to face the Dutch cracks without crocked skipper Scott Brown and Kris Commons while Nir Bitton and Stefan Johansen are both suspended.
He made a emergence from the bench in Saturday’s goalless stalemate against Kilmarnock – his first top team sighting since August – and it could prove well-timed.

Leigh Griffiths has no doubt Allan has the class and the quality to get pitched into the first team in a crucial must-win confrontation for the Hoops, who are bottom of Group A on two points without a victory in four outings. 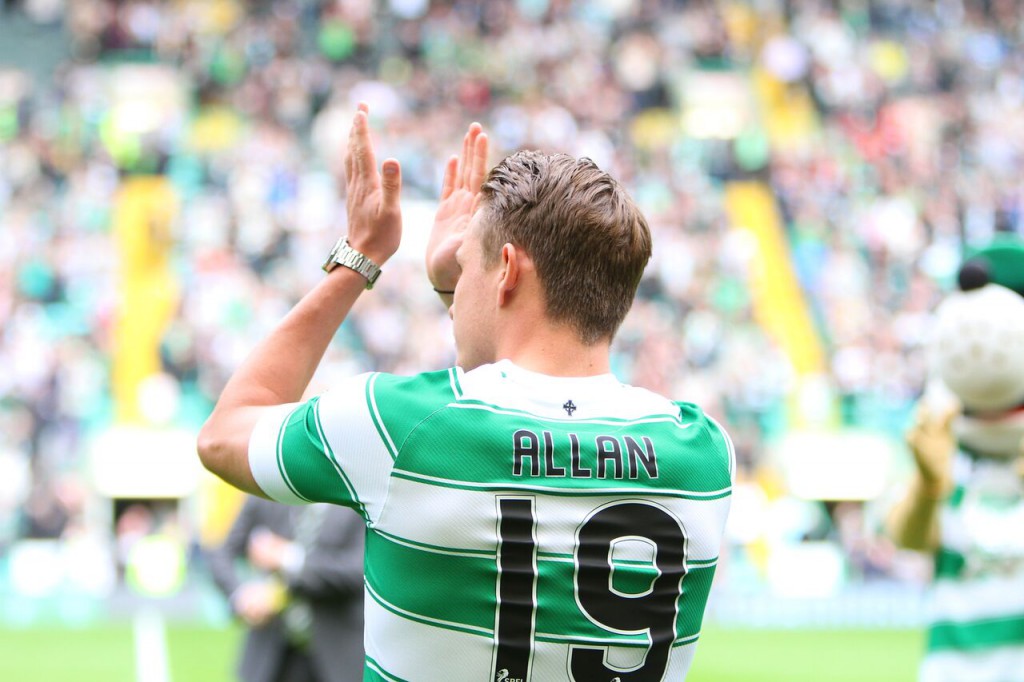 The striker said: “That’s why Scotty is here, he is a good player. If the manager decides to throw him in, then I am sure he will do a good job for us. But, ultimately, that is up to the manager and what team he picks.

“The position Scotty plays in has made it difficult for him in terms of games. He can play a couple of roles, but when you look at the likes of Stefan Johansen and Scott Brown then it has been hard for him to get in.

“I’m sure, though, that he will take his chance when he gets it. He has been looking really sharp in training, always trying to get on the ball and make things happen.

“If he gets the shout against Ajax then he will be looking to impress the manager.

“Overall, I would say the boys are excited. It is a big-name team coming to Celtic Park and we need to win the game.

“The lads who are out will be disappointed, but it’s an opportunity for others to come in.

“We have boys who are capable of doing a job. We saw it last year when Stuart Armstrong and Gary Mackay-Steven got dropped in at the deep end against Inter Milan and how well they played that night.

“This will be no different. The boys coming in know what is at stake. We need to put on a performance for the manager and for the fans.

“It would be a massive result for us given the players we’re missing.”