Celtic Quick News on News Now
You are at:Home»Football Matters»ALLAN, CHRISTIE WANT TO START BUT WHO WOULD YOU PLAY?
By CQN Magazine on 23rd February 2016 Football Matters
SCOTT ALLAN is targeting a starting place when Celtic take on Hamilton at New Douglas Park on Friday night.
The classy midfielder, signed from Hibs for a bargain £300,000 in August, was impressive when he came on with 25 minutes to go in the 3-0 win over Inverness Caley Thistle at Parkhead at the weekend. 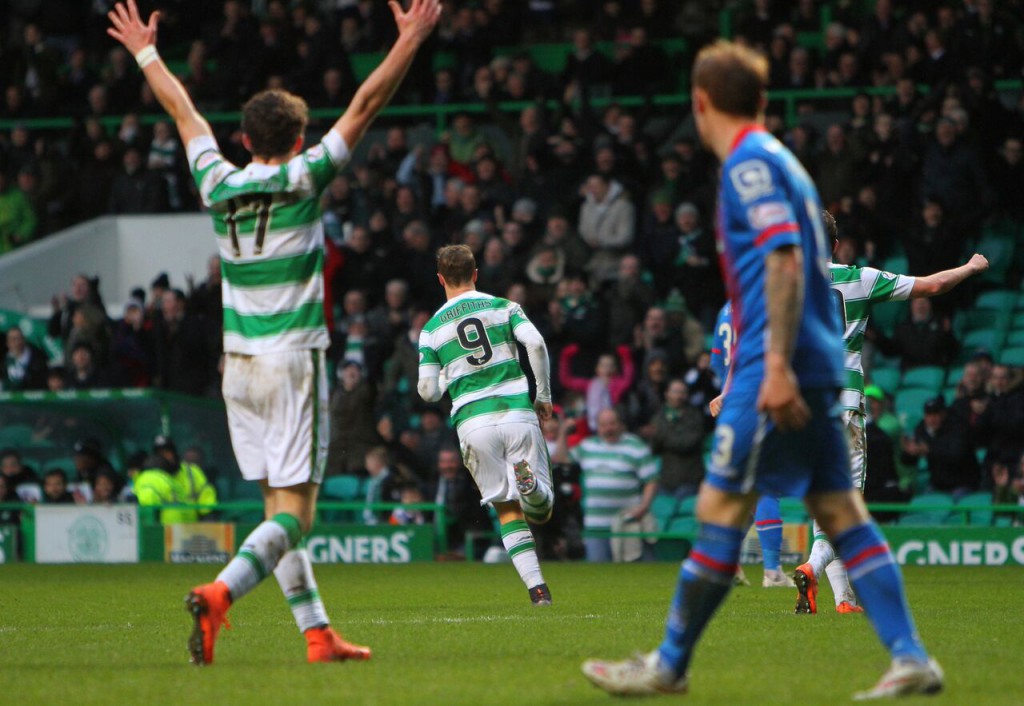 Allan hopes he has done enough to prove to boss Ronny Deila he is worthy of a place in the line-up for the game that could see the champions go nine points clear of nearest challengers Aberdeen.
He said: “I don’t want to come here and always be making appearances off the bench.
“I want to get on from the start and I am working hard every day to try to do that.
“I was delighted to get on the park against Caley Thistle and get some minutes to show what I can do.”
Allan and fellow-substitutes Ryan Christie and Patrick  Roberts, the on-loan Manchester City winger, lit up Parkhead when they made their second-half appearances against the Highlanders.
So while it is up to Deila to decide what roles the classy kids will play against the Accies, who were thumped 8-1 when the teams last met in the east end of Glasgow last month, we thought that we’d have a bit of fun and run a survey to see which three players you’d select to play in the forward midfield positions.
On Saturday Celtic started with Stefan Johansen, Stuart Armstrong and Gary Mackay-Steven, who opened the scoring. All three were withdrawn and replaced by Ryan Christie (who celebrated his 21st birthday this week), Scott Allan and on loan winger Patrick Roberts, with all three impressing the Celtic support.
Kris Commons, just back from injury and illness, was an united substitute and Callum McGregor and James Forrest didn’t strip, possibly due to off the field issues.
So let’s see which three players you’d select to start at Hamilton on Friday evening:
Sorry, there are no polls available at the moment.
Click Here for Comments >
Share. Twitter Facebook Google+ Pinterest LinkedIn Tumblr Email
Previous ArticleBarca calling out Uefa, sympathy for Forrest
Next Article ‘KT FOR SCOTLAND,’ DEILA