Celtic Quick News on News Now
You are at:Home»Latest News»ALLAN STAKES FIRST TEAM CLAIM
By CQN Magazine on 24th March 2016 Latest News
SCOTT ALLAN and Stuart Armstrong were both on target as the Celtic Under-20s side beat their Dundee United counterparts 4-1 yesterday afternoon.
Calvin Miller and Jack Aitchison added the two others before the Tannadice outfit claimed a late consolation goal from Ali Coote. 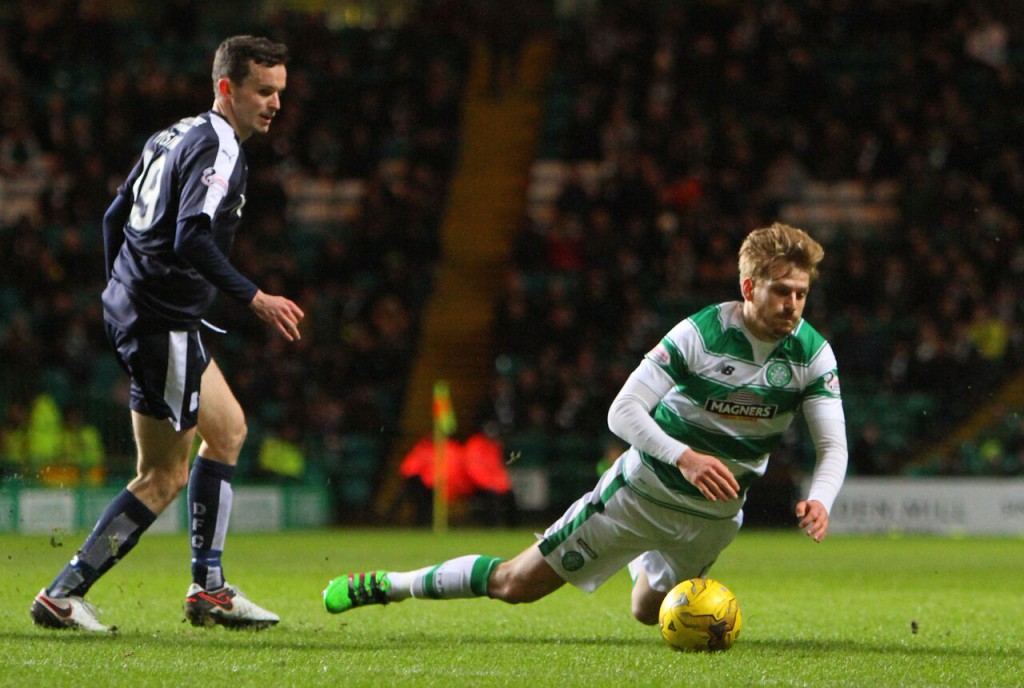 Allan, bought from Hibs for a bargain £300,000 in the summer, staked his claim for more first team minutes by virtually running the show. As well as scoring an excellent goal, he also had two assists.
The talented midfielder has been used sparingly by manager Ronny Deila since his arrival from Easter Road, but performances like this will surely have him in contention for the run-in to the season with a league and Cup double up for grabs.
Eighteen-year-old Miller also caught the eye with his goal and, on another day with a little bit more fortune, he may well have had a hat-trick.
Coach Tommy McIntyre was pleased with the overall play of his team and Aitchison, 16, was another who put in an impressive performance. Looks like one for the future!