ALLY McCOIST admits Celtic are the best team in the country and believes his old side are still some distance before they can match them.

The former Ibrox player and manager disputes the claim by the club’s chairman, Dave King, they are “within tangible reach” of becoming the dominant force in Scotland. (See Paul 67.)

The Govan guru made the extravagant announcement as season tickets rose by five per cent for the new campaign.

King, of course, assured the support last summer – before the appointment of Steven Gerrard as team boss – that glory and triumphs were on the way.

Back then, he said: “Whoever is appointed must be able to meet the unique challenges of managing Rangers and ensuring IMMEDIATE success.”

In September, 2015 – six months after seizing control of the boardroom – he predicted a title victory by 2017.

He claimed then: “We would start next year with the ambition of winning the Premiership. We understand the gap against Celtic, but the ambition is not to come second.”

However, during King’s reign, the team have reached only one major Cup Final – the 2016 Scottish Cup – where they lost 3-2 with on-loan Celt Anthony Stokes scoring two goals.

They currently trail Celtic by ELEVEN points as the champions zero in on their EIGHTH title success and the Parkhead men can bring down the curtain on another successful campaign by beating Hearts in the Scottish Cup Final on May 25 to complete an unprecedented treble treble. 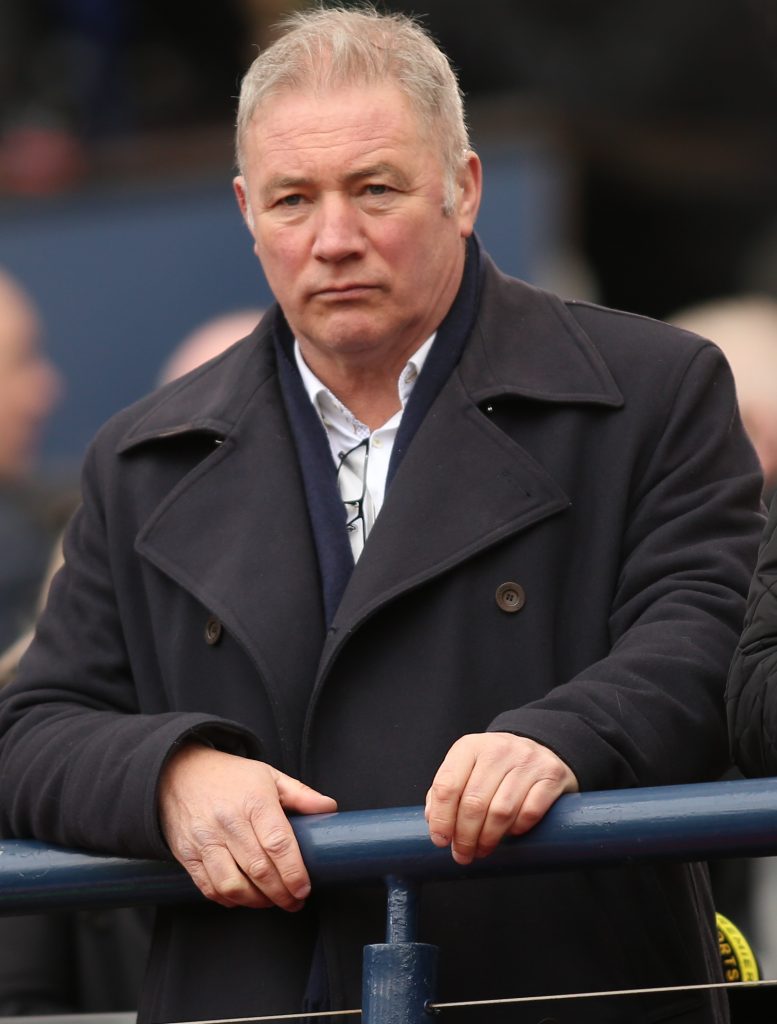 HAMPDEN ONLOOKER…Ally McCoist at Celtic’s 3-0 win over Aberdeen on Sunday.

Now a media pundit, fifty-seven-year-old McCoist, speaking to The Scotsman, reflected on King’s observations and said: “It depends how you define ‘tangible reach’, but I would certainly see the dominant force as being the number one team in the country and Rangers are a good bit off becoming the dominant force in Scottish football.

“I hope it happens sooner rather than later. They can stop 10-in-a-row, but a lot of things have to happen. It’s a massive summer for both clubs in terms of transfer activity.

“For Rangers to compete consistently with Celtic at the top of the league, they need three or four players. I know they won the Old Firm game at Ibrox and probably should have taken something out of the recent one at Parkhead.

In yesterday’s statement, King had claimed: “It was never going to be easy and it is extremely gratifying to have witnessed the progress that has been made over the last year.

“We are now within tangible reach of Rangers becoming the dominant force in Scottish football again.”