Celtic Quick News on News Now
You are at:Home»Football Matters»‘ALWAYS A CELT, I’LL ALWAYS HAVE THIS CLUB IN MY HEART,’ PADDY
By CQN Magazine on 31st May 2017 Football Matters

PADDY ROBERTS’ future is up in the air as his 18-month loan spell from Manchester City comes to an end.

But for now the Hoops’ fans’ favourite declared: “I just want to say thank you to the supporters for everything that they’ve given to me.

“All the support on and off the pitch has been tremendous.

The English Under-20 international winger praised his pal Kieran Tierney for showing true grit at Hampden on Saturday after taking a brutal smash in the jaw from Aberdeen striker Jayden Stockley that saw him forced off in the first-half. 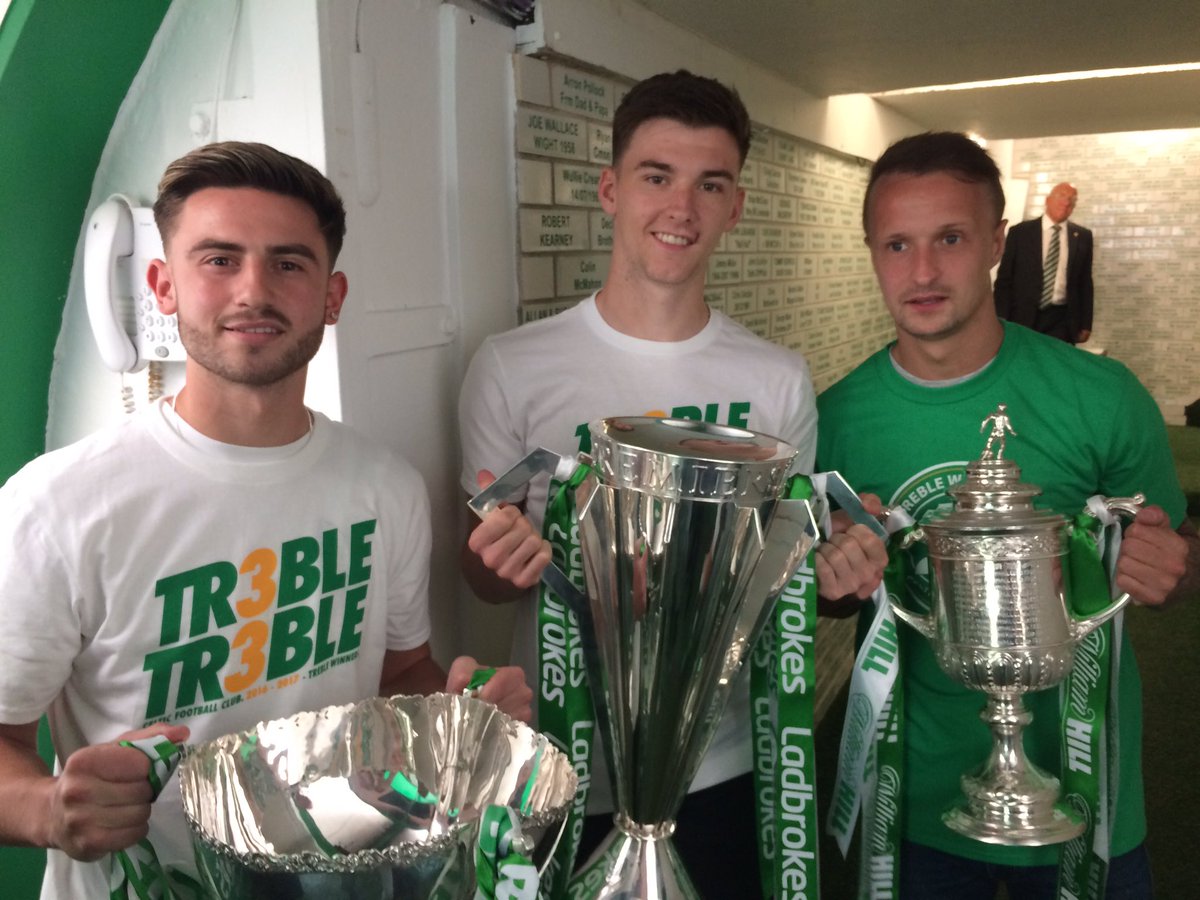 Roberts found a spare No.63 shirt and put it on back to front to display the name Tierney as the Scottish Cup was about to be presented following Tom Rogic’s dramatic stoppage-time winner.

He said: “I think Kieran was hoping to get back for full-time. When the final whistle went we were cheering and, obviously, he wasn’t there, so I thought he’s Mr Celtic, and he’d want to be here.

“The fans love him and he’s the golden boy, so I thought I would get his shirt and show them he’s a big part of Celtic.

“I was hoping he’d make it back because I couldn’t take the trophy to hospital.

“I’m glad he was there in the end, though, and he’s alright. He’s a tough cookie. He tells me he’s a Lanarkshire boy and he’ll just get on with it. I’m sure his jaw will fix itself.” 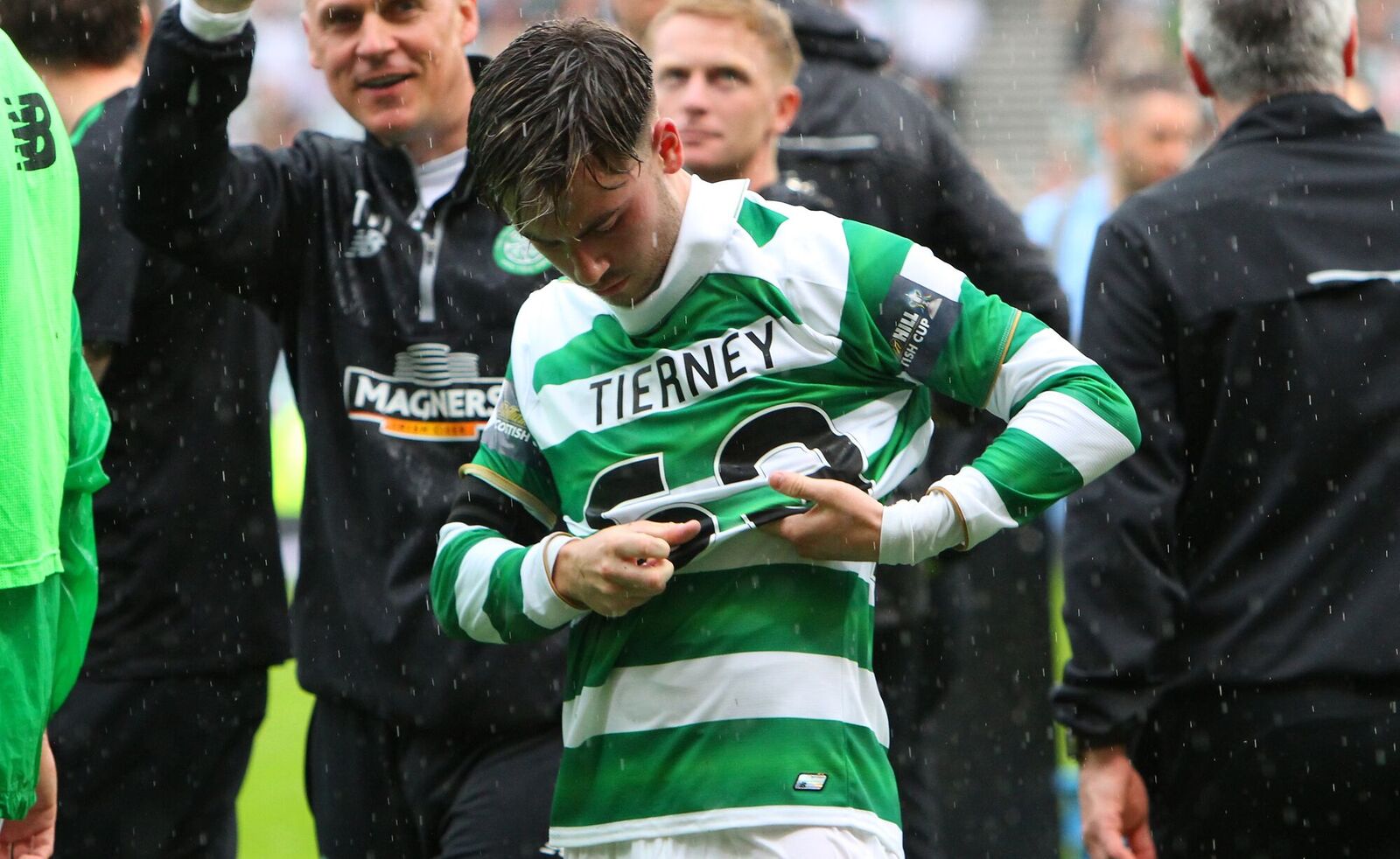 The 20-year-old entertaining attacker made 60 appearances for the champions during his temporary deal and scored 17 goals.

Roberts added: “Perfect is the exact word I’d use. To be ‘Invincible’ is one thing, but then to go and win the treble is really something else. We’ve done it and it’s full credit to all the boys.

“It just feels unbelievable. We had our tasks to do this year and we’ve completed all of them. It’s been a great season and I’m thankful for it.

”I was ecstatic when the ball hit the Aberdeen net on Saturday. I kept looking at the clock and could see that time was running out, but I knew we could do it.

“When Tom hit that ball and it went in the net, there was a massive sense of relief.

“It was a tough game against Aberdeen, though. They’re a good side and we knew that – that’s why they’re second in the league.

“But we stuck to our guns and in the end, thanks to our perseverance, we got there.

“To win the treble has been amazing and there’s no better feeling than scoring in the last minute.

“It was a good game and a tremendous occasion.”

Paddy Roberts was talking to the official Celtic website, probably not for the last time.