FILIPE JOTA insists he is taking care of the present before the looks too far into the future.

Celtic fans are demanding the club make the Benfica winger’s stay permanent after he agreed a season-long loan move in the summer.

A transfer fee of £6.5million is built into the contract and the Hoops will have the option to attempt to persuade the exciting 22-year-old raider to remain in Glasgow. 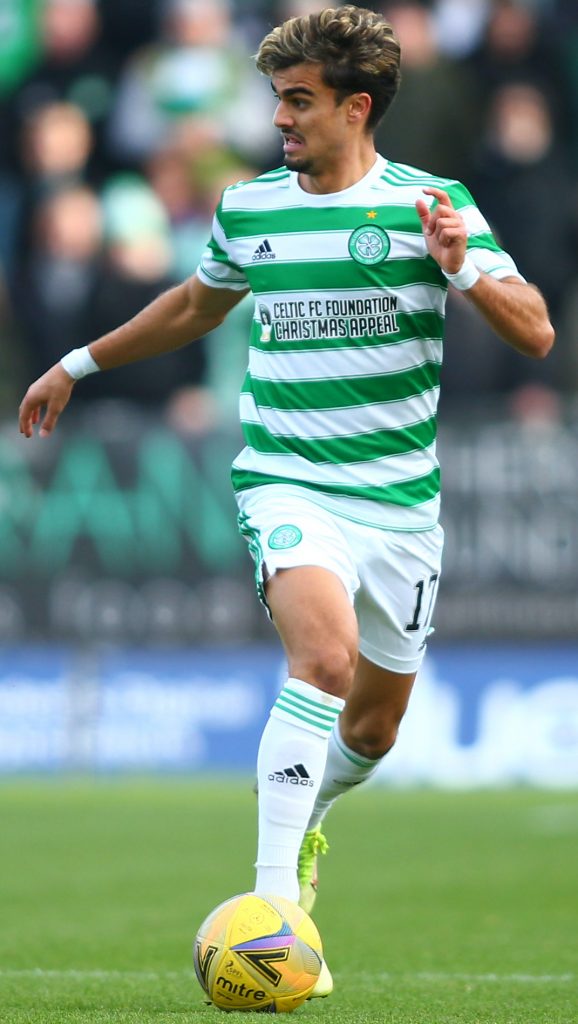 WING AND A SLAYER…Filipe Jota in a typical pose as he raids on the flank.

However, Jota, who spent last term at troubled Spanish outfit Real Vallodolid, is content to maintain the steady progression that has seen him win a legion of new followers with his dazzling displays since his arrival with the latest starring performance coming at the weekend in the 1-0 Premier Sports League Cup victory over holders St Johnstone.

The wide Bhoy, voted the Premiership Player of the Month for October, helped set up the only goal of the game when his left-wing cross was diverted to substitute James Forrest who thumped the opening beyond the stranded Zander Clark.

That strike set up an intriguing Cup Final against Hibs, 3-1 victors over their Ibrox rivals, with Ange Postecoglou 90 minutes away from his first piece of Scottish silverware on Sunday December 19.

Quizzed about the possibility of a permanent switch, Jota answered: “A lot of people ask that, but my focus is not on that just now. 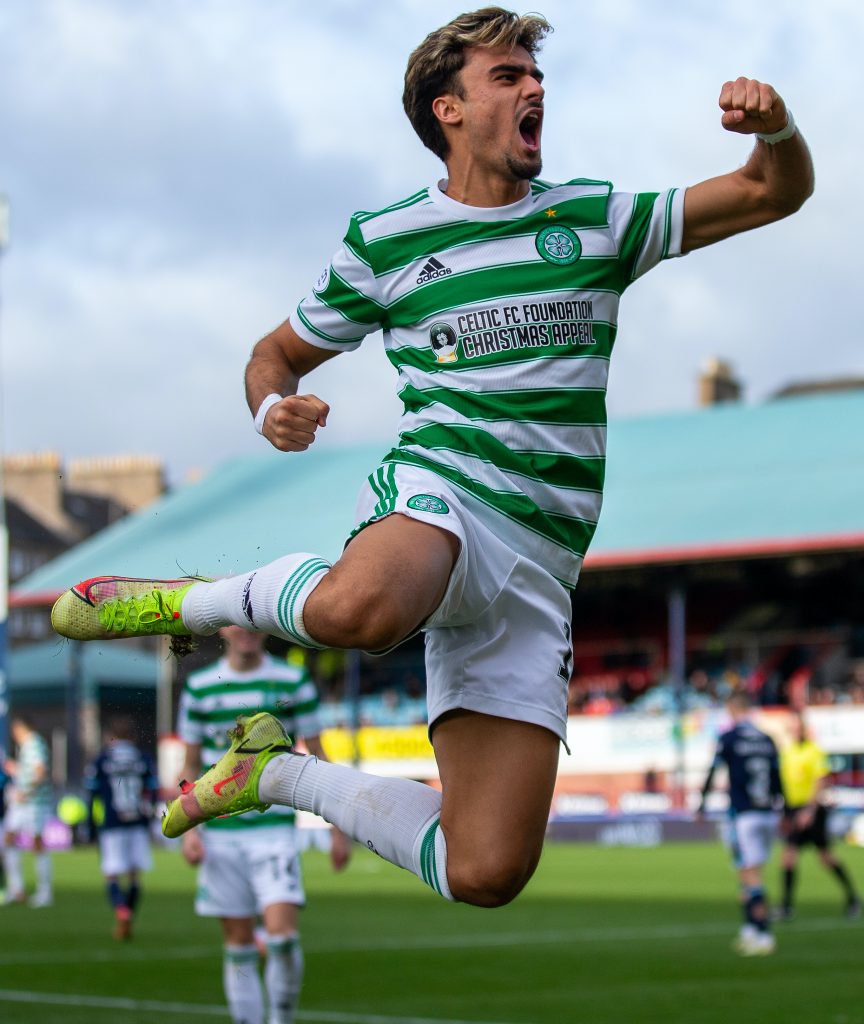 AIR WE GO…Filipe Jota celebrates the second of his double in the 4-2 win over Dundee at Dens Park.

“My focus is on the team, on our games, on our victories and the process.

“I just want to stick with it and be a better person and better player every day.”

Jota, in a report on Sky Sports News, added: “In every place you can learn and I’m trying to do that every year and last season I learned a lot of things although we got relegated.

“This season we are fighting and winning and we can definitely do good things throughout the season and it’s just new things to learn and it’s been an amazing journey.”

Jota will go into action again in the crucial Europa League Group G encounter against Bayer Leverkusen in Germany on Thursday night.