The on-loan Benfica winger thumped in the winner in the 2-1 success – amazingly Celtic’s first domestic away victory since beating St Johnstone 2-1 in Perth on February 14 when Odsonne Edouard claimed the strikes.

Almost eight months later, Jota, who had been playing for Spanish outfit Real Vallodolid at the time of the game at McDiarmid Park, popped up with the clincher six minutes from the end of a fraught confrontation in the north east following an eye-catching intricate move concerning David Turnbull, Tom Rogic and Adam Montgomery in the build-up. 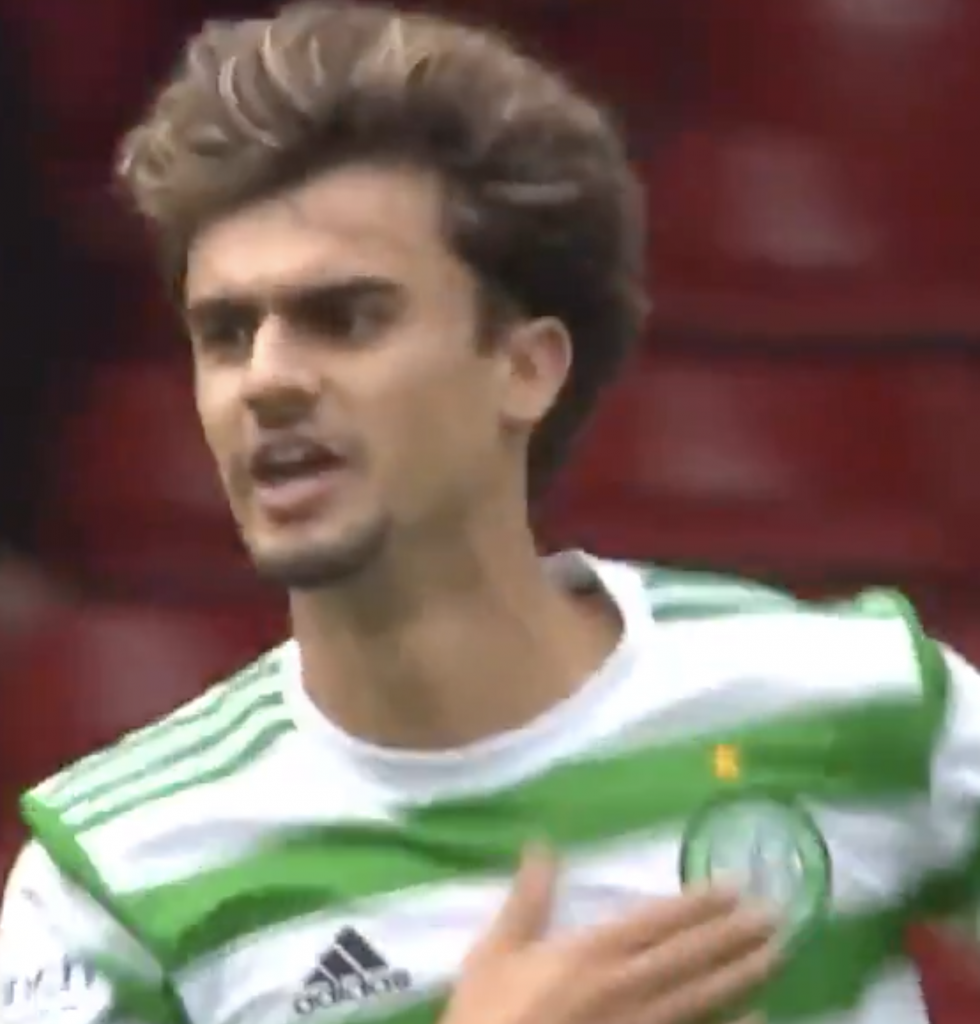 HEARTWARMING…Filipe Jota races away after netting the winning goal at Aberdeen.

The travelling fans whooped up the win – including Jota’s parents and his girlfriend who were in among the travelling support.

The matchwinner smiled: “That was an amazing feeling, I’ve never seen something like this, and my family was in the middle of them, so I’m just waiting to get home and ask how they felt, because I think they have never experienced something like this.”

Jota, speaking to Celtic TV, said: “I’m very happy that we could win this game. We were looking to win this game with our process and our ideas and it was definitely a hard game that brought us the victory.

‘”I’m delighted to have scored the winning goal, but I only did that with the help of the team, because we are a strong team and we fight for everything.

“I’m just glad that I’m in this amazing group of boys that fight for each other, and I got the goal, so I’m very happy.” 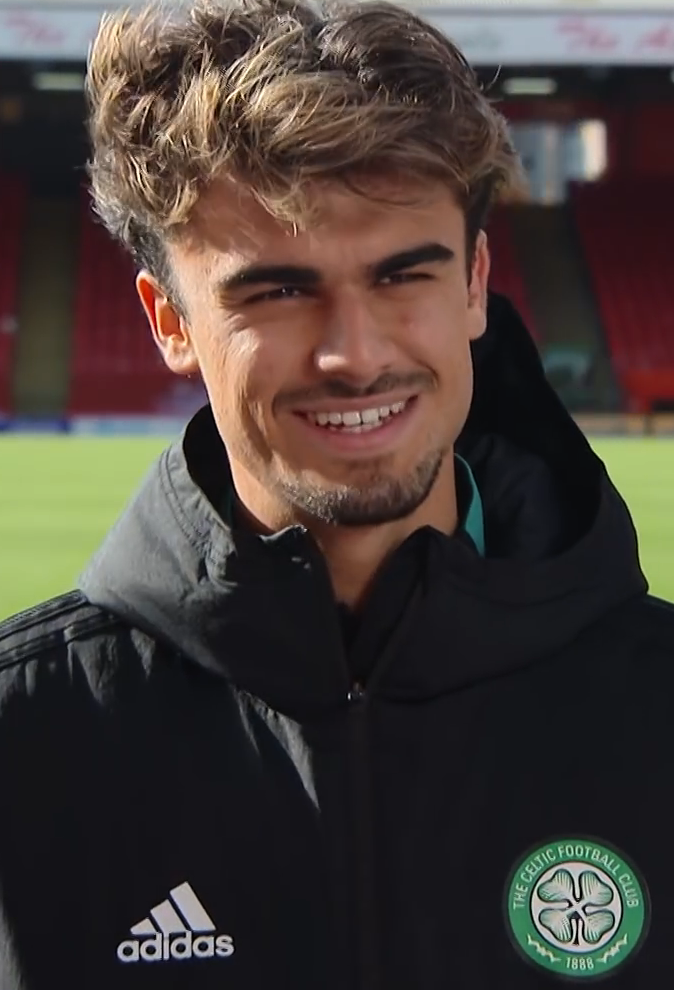 WINDSWEPT AND INTERESTING…Filipe Jota is introduced to the delights of the north east. Image courtesy Celtic TV.

Jota added: “It shows that we are a team that is looking forward to winning games, to good things in football in this league and we just have to stick with each other, fight for each other because we are a family, and achieve the goals.

“Every time we win, it’s like that, but we keep our feet on the ground as we still have to work a lot, because this is just a victory and the championship is long.

“So, we just have to rest just now because of the international break and then come stronger.”