Celtic Quick News on News Now
You are at:Home»Latest News»‘AMAZING TO CELEBRATE WITH FANS,’ BOLI
By CQN Magazine on 2nd September 2019 Latest News

BOLI BOLINGOLI has played 12 games for Celtic since his £3million summer switch from Rapid Vienna – and has yet to be on a losing team.

The left-back has had his critics since his arrival, but he went a long way to providing answers in the 2-0 win over Steven Gerrard’s side at Ibrox yesterday.

Bolingoli formed a good understanding on the flank with Mikey Johnston as the Hoops maintained their 100 per cent Premiership record with goals from Odsonne Edouard in the 32nd minute and substitute Jonny Hayes in stoppage time.

The Belgian, speaking to Celtic TV, said: “It was amazing for me. It was my first derby game and to win it in the way we did. It feels great and we showed that we’re a strong team and I really enjoyed the win.

“We knew that it wouldn’t be an easy game, but we came here with a lot of confidence. From the beginning, we controlled the game and won 2-0, so it was a very good performance from the team.” 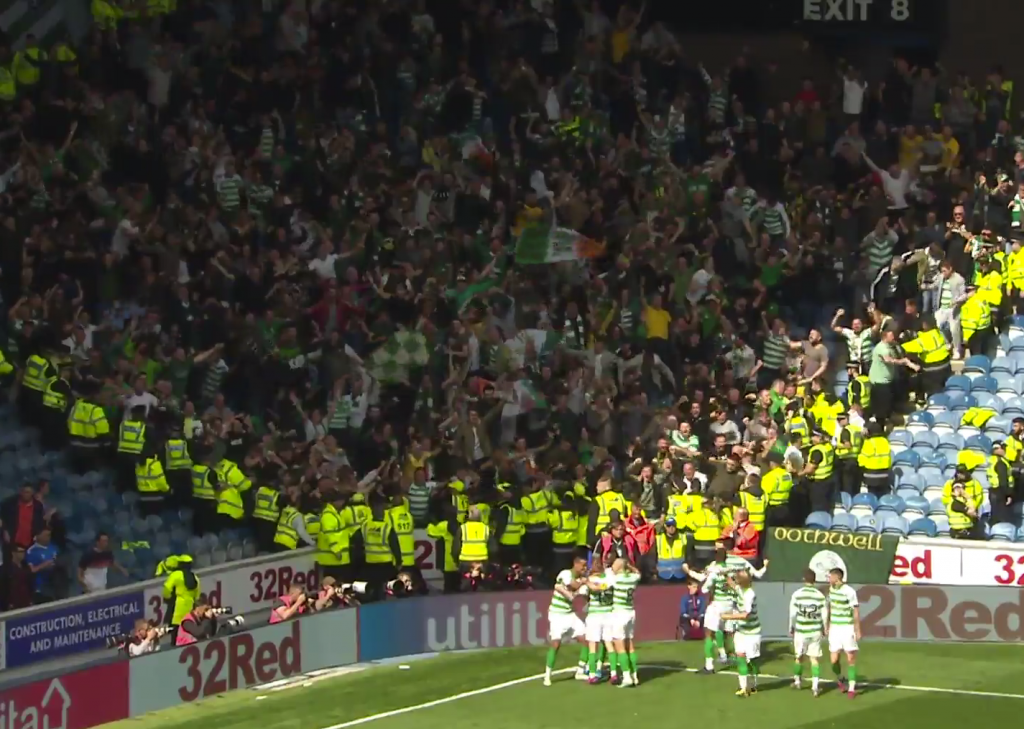 Bolingoli made his debut in the Glasgow derby fixture as well as fellow new Bhoys Christopher Jullien and Hatem Abd Elhamed while Moritz Bauer, who arrived on Wednesday on a season-long loan from Stoke City, was introduced in the 66th minute as Nir Bitton, who had been immense, was forced to limp off.

The Belgian added: “It was our first derby game for Celtic and we all enjoyed it.

“The whole team worked hard. It starts from the front with Odsonne Edouard, and everyone defended very well. When we defend like that, we’re going to get plenty of clean sheets.

“It was great and it felt amazing to celebrate with the fans.”