Celtic Quick News on News Now
You are at:Home»Football Matters»AMBROSE DISCUSSES MADE UP LEVERKUSEN STORY
By CQN Magazine on 9th July 2016 Football Matters
EFE AMBROSE has admitted he knows nothing about reported interest from Bundesliga outfit Bayer Leverkusen.
This is hardly surprising because, as CQN reported earlier in the week, this is an entirely made up story and one which the German club has dismissed as nonsense.
The versatile Nigerian defender has been linked in the Scottish media with a £1.5million switch to the German side. 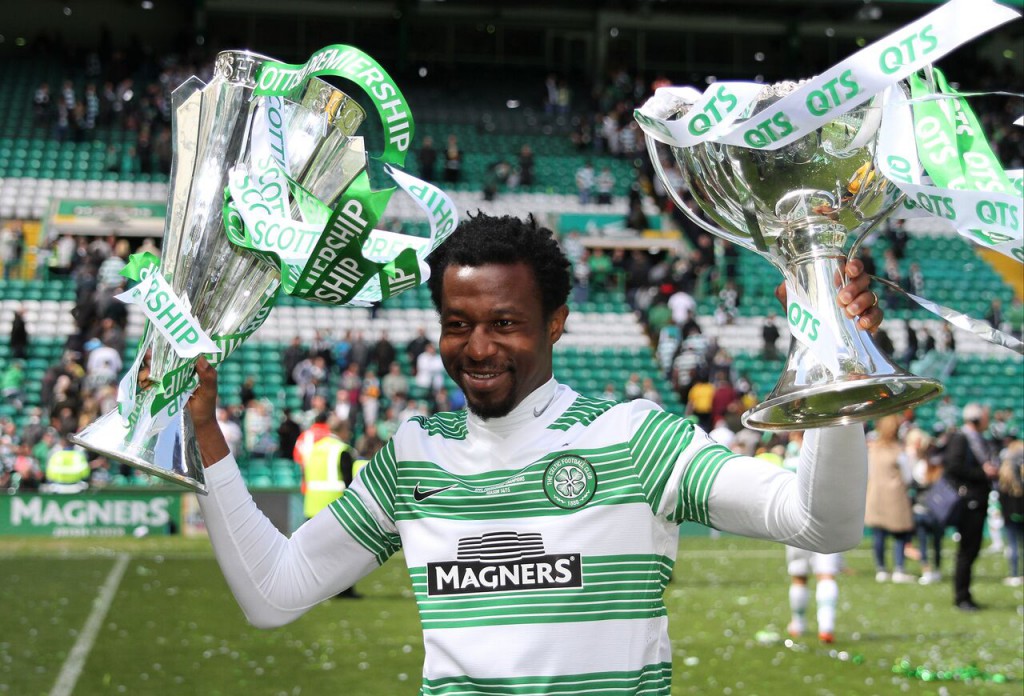 However, Ambrose, who cost ex-boss Neil Lennon £1million when he arrived from Israeli club FC Ashdod in 2010, said: “I am not aware of the move.
“I read about it in the papers like most of you, but God is in control. He has the final say on everything about my life.”
The 27-year-old international also revealed he had no hard feelings about the champions’ refusal to release him to play for Nigeria in the Rio Olympics while they have early-season injury problems with Joze Simunovic and Dedryck Boyata. Charlie Mulgrew, too, has yet to agree an extension.
Ambrose said: “It”s always a thing of joy for me when am called up to represent my country, so you can understand why Celtic refusal affected me negatively.
“But then, as a professional, one has to learn to accept what you can’t change.”
The right-back or central defender missed the first two pre-season games due to visa problems.
However, he caught up with the squad during the week and played alongside Erik Sviatchenko in the 2-1 win over Slovenian champions Olimpija Ljubljana on Wednesday.
——————-
Have you ordered your copy of the fantasy book that is driving the Zombies even more mental yet?
Once Upon a Time in the Kingdom of Govania is written by CQN poster MEA CULPA and tells the story of the two Govania clubs  – one living and one dead (and we have the letter from UEFA to prove it!)
It is the funniest, most colorful wee book you will read all year. Illustrated by Cartuja, it takes us through the entire fiasco and you just won’t stop laughing.
Get yours now at www.cqnbookstore.com