Celtic Quick News on News Now
You are at:Home»Latest News»AMBROSE ‘I’LL LEARN FROM MY MISTAKE’
By CQN Magazine on 15th October 2015 Latest News

EFE AMBROSE spoke today about his mistake that gifted Fenerbahce a goal and a route back into the recent Europa League match at Celtic Park.

As half time approached and a rampant Celtic leading the Turkish side by  2-0, Efe misjudged a long ball straight down the middle of the Celtic defence and gifted a goal to the visitors.

This error against Fenerbahce clearly had an enormous impact on the Nigerian and he spoke about trying to get over it and moving on today, ahead of the resumption of the league campaign at Motherwell on Saturday.

“It wasn’t easy, admitted Ambrose. ” Sometimes as a player you find yourself in those situations. 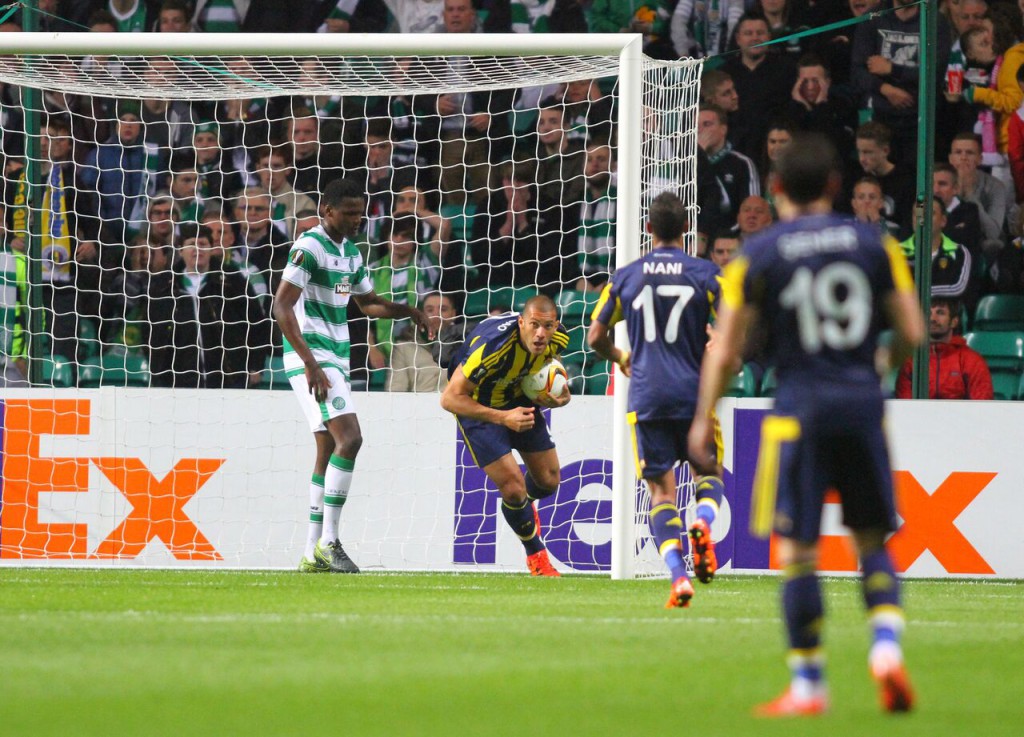 “It can happen to anyone. The most important thing is the gaffer, management, the players stood by me.

“We need to take the positives out of the game which was how well we played in the match.

“I have put that behind me and I will work harder and make sure I won’t do it again. You learn from your mistakes. I have moved on.”

Efe Ambrose, as you would expect, had an eventful International break away with Nigeria. He even managed to score a goal against Cameroon.

Speaking about his time away on international duty Efe said: “I tried to be positive with the national team. To be part of the squad was amazing again after a long while.”

“It was a different from before as we have a new manager. Still on track and the most important thing is we develop into a team.

“The new gaffer has brought unity and togetherness, being a team, not a team of stars.

“We have been doing quite well and it was great to get the win over Cameroon.”

Looking ahead to Motherwell and the resumption of Celtic’s busy season Efe had this to say earlier today: “We are prepared for the challenge and we have the squad to handle all the games.

“We know what is required of us as Celtic players and what it means to pull on the green-and-white. We can handle the pressure.

“We will take it game-by-game. Our minds are concentrated on the Motherwell game and then the Europa League game with Molde.”