Apparently, the Celtic skipper is on the wanted list of the American outfit and also their rivals Minnesota United.

Brown is out of contract in June next year, just days after his 34th birthday, and has spoken to the champions about signing an extension.

It is believed the club are working on a new deal that will keep him at Parkhead until 2021, at least.

The Western Melbourne FC consortium, who are bidding to take a new club into Australia’s A-League, have also declared an interest in the inspirational Celt. 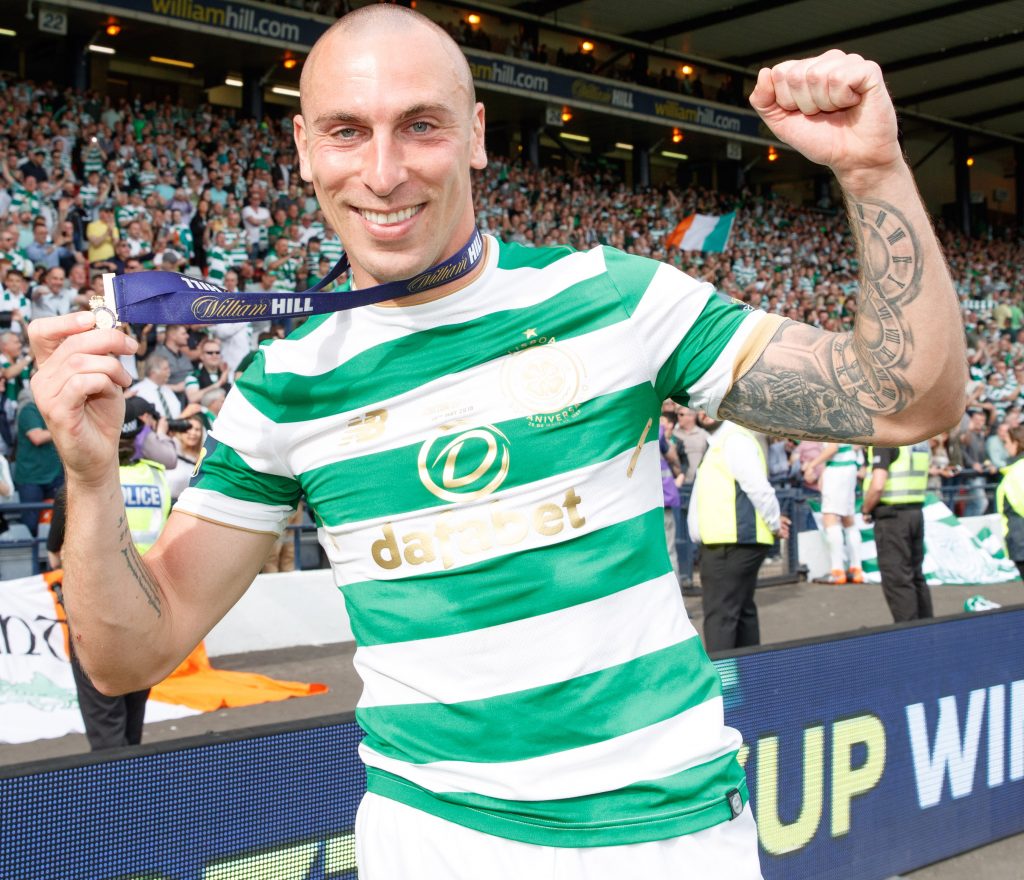 HAMPDEN HERO…Scott Brown and his prized medal after Celtic’s 2-0 Scottish Cup Final win over Motherwell in May.

Sporting Kansas City, who already have Scotland international striker Johnny Russell on their books, plan to push ahead after initial enquiries.

They face Portland Timbers next week in the first leg of the MLS Conference Final and have emerged as one of the country’s top teams.

Brown, who cost Gordon Strachan a record £4.4million when he arrived from Hibs in the summer of 2007, could become a “Designated Player” for Kansas or Minnesota which would mean a percentage of his salary could be outwith the strict wage structure.

Western Melbourne’s bid to win a place in an expanded A-League has been delayed, but they are hopeful of getting the go-ahead within the next few weeks.

Brown has been sidelined recently through injury while Callum McGregor has stepped into his anchor role and been a revelation in a more withdrawn role. 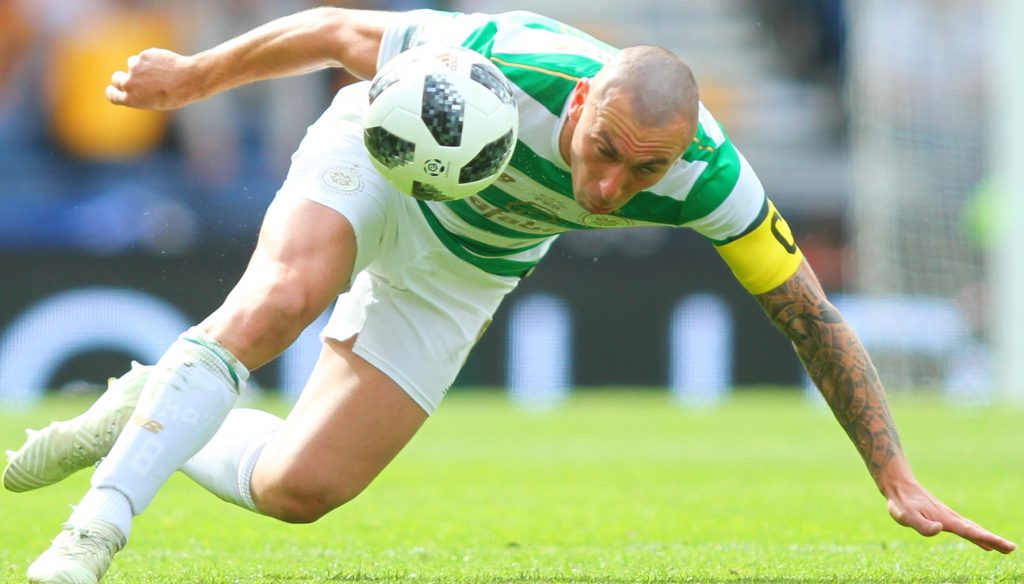 Mr DETERMINATION…Scott Brown displays the energy that has made him such a hit with the champions. Pics: Geo.

He has been absent since limping off in the 4-2 win over Neil Lennon’s Easter Road outfit on October 20 – six games ago and there is no chance he would be risked on Hamilton Accies’ artificial surface on Saturday even if he was passed fit.

However, the captain has been Brendan Rodgers’ rock since he arrived in May 2016 as has led the club to back-to-back trebles.

And he admitted recently: “The club and I are speaking. There is no problem between myself and the club.

“I still feel I’ve got a good few years left in me. I think two or three years easily. I feel fit and I feel good.”