Celtic Quick News on News Now
You are at:Home»Football Matters»AN OPEN LETTER TO MARTIN O’NEILL
By CQN Magazine on 5th November 2015 Football Matters
MARTIN O’NEILL has revealed that whatever happens after HMRC’s victory in the “big tax case” against Rangers that it doesn’t change a thing during his tenure as Celtic boss.
It has now been established that Rangers cheated to win two Premier League titles on the final day of the season in 2003 and 2005 to deny the Parkhead outfit – once on goal difference and another by a single point.
However, O’Neill, who was in charge at the Hoops from 2000 to 2005, remains reluctant to advocate any retrospective punishment, insisting that whatever action is taken years later does little to affect what happened at the time.The Ireland manager said: “What is comes down to is this: there were titles and cups that were won and lost on a field of play when two teams went up against one another,” although Celtic played by the rules and Rangers cheated. 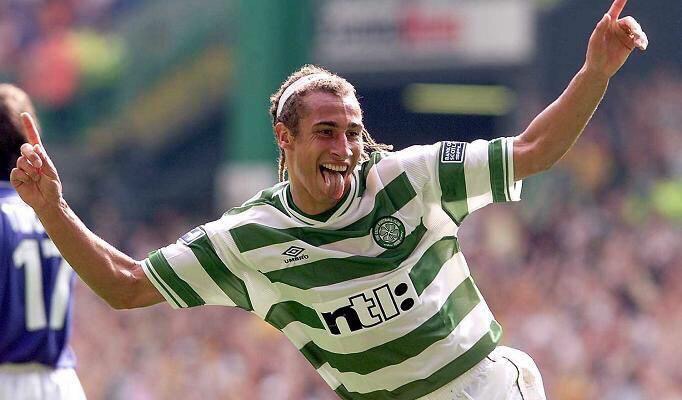 “You do not know what is going on at a football club behind the scenes and you assume that everything is as it appears.” Clearly that was not the case at Ibrox as Sir David Murray fiddled the books and cheated the taxman to put players on the park that he outsize could not afford.MON continues, “But these games were played a long time ago and, as far as I am concerned, all these years later my emotions have not changed in terms of how I recall those great days of winning the title with Celtic and the bitter disappointment when we did not.
“Memories of times of great joy and times of loss stay the same.“There is nothing that can change how I feel about those experiences. The games were won and lost at the time and there is nothing now that is going to change that.“It is not as if you are going to feel any better about for it, whatever happens.”
The ruling from the Court of Session in Edinburgh that the use of undeclared EBTs broke tax rules has once more thrown into question the suggestion that the Ibrox club could and should be stripped of honours won during the years between 2001 and 2010, when the untaxed salary payments where in use.
They won five league titles and four Scottish Cups during that time-span and yesterday’s ruling emphasised the belief they gained an unsporting advantage by enticing players to the club that they otherwise would not have been able to afford.A clearly ‘duped’ Lord Nimmo Smith ruled in 2013 that Rangers would not be stripped of honours accumulated during this time, but this most recent ruling should see that overturned. Nimmo Smith proceeded on the basis that the EBTs were legal. He has said nothing at all on the situation that now exists; that Rangers cheated the taxman and cheated in domestic and European football.
This is of course not the first time that Martin O’Neill has expressed the view that stripping Rangers of titles would do nothing to ease the hurt experienced by the Celtic family on days like Black Sunday. He said this at the time of Lord Nimmo Smith’s flawed enquiry and at that time CQN poster Auldheid wrote to Martin making some very decent points. Before we look at the letter here’s what Martin’s old boss at Nottingham Forest would have said to Rangers….
Here’s what Auldheid write then….

“You were a great Celtic manager and gave the Celtic support some wonderful memories.

“Top of the memory list has to be the bitter sweet season of 2002/03 when you took Celtic to Seville but lost out on the SPL title to Rangers by a goal.

“Rangers that season won the treble under Alex McLeish.

“I note your view that Rangers have been punished enough but I wonder if it is a view you would still hold if you knew that.

“1. Ronald De Boer was paid for the first half of that season by an illegal ebt. Not an ebt that Rangers are still contesting with HMRC but one for which they accepted liability because they had lied to HMRC about the existence of the side letter to De Boer that was part of the tax arrangement they had with him since August 2000.

“2. You were kept in the dark about the above because details of that side letter and why the ebt in question was illegal were kept from the SPL when they commissioned Lord Nimmo Smith to investigate the use of ebts and side letters at Rangers. How De Boer‘s ebt from August 2000 was treated as legal by Lord Nimmo Smith is something that the SPL have failed to answer.

“There are punishments and there are consequences and what is happening to Rangers is a consequence, first of their behaviour and second the ongoing consequence of avoiding the football punishment that would have to have happened had the nature of the De Boer ebt not been hidden from those charged with the investigation.

“How much less hurtful would 2002/03 feel now if you knew it was a title you had lost by unfair means?

“I am not suggesting that the 2003 title be stripped or awarded to Celtic but the truth behind it has to be told so that pronouncements such as yours are made based on the facts.

“You and Celtic and our support were cheated. If you can forgive that then so can I, but let’s not pretend what Rangers indulged in from 2000 is anything but the total corruption of Scottish football of which Celtic were but one of the many victims.

“I decided after receiving many favourable comments that perhaps the matter was important enough to draw to your attention more directly, which I am doing via the FAI. That De Boer was paid by an illegal means can be confirmed by Celtic because they, like the other clubs on the SPFL Board were provided with the evidence during 2014.

“I have copied this to Mr. Desmond who, having invested a lot in Celtic, particularly at that time, might wish to be acquainted with the detail.     I do appreciate that there are always social consequences to be considered when it comes to any involvement with matters surrounding Rangers FC from 2000 but I think it only right you be made aware about the reasons why your sentiments with regard to Rangers are not shared by those supporters who have read about the evidence of duplicity and feel proper football punishment was avoided.”

CQN Books has just completed our new book THE WINDS OF CHANGE which covers the period 1991-2005, so takes in Martin’s period as Celtic manager. This morning we had to include a final page to the book, so that all that happened during the previous decade of cheating by Rangers was recognised.