KYOGO FURUHASHI has NOT been ruled out of this afternoon’s Premiership meeting with Motherwell at Parkhead.

It was feared the 14-goal Celtic striker may face a lengthy spell on the sidelines after limping off in the 3-2 win in the Europa League over Real Betis on Thursday night.

Kyogo, who had replaced hamstring victim Albian Ajeti inside half an hour against the Spanish cracks before being forced off after the interval, was a concern for Ange Postecoglou whose initial prognosis of the problem was “not good”.

DISMAYED…Kyogo Furuhashi makes his exit in the Euro tie.

However, it appears the Japanese striker is not as seriously injured as first thought while the Hoops boss awaits results on a scan on the fans’ favourite.

Postecoglou said: “I don’t want to put a time frame on it. We don’t think it is anything serious, but as to whether he will be available for the Motherwell game, we probably won’t know until Sunday.

“I’ll make a decision then, but nothing is confirmed.”

Kyogo, who missed five games earlier in the season after sustaining a knee injury while playing for Japan in the World Cup in September, looked to have damaged a hamstring as he raced back to challenge a Betis player in his own half of the thrilling Group G finale.

He went off with what appeared to be the same trouble that has seen Filipe Jota and Ajeti struck down in this campaign. 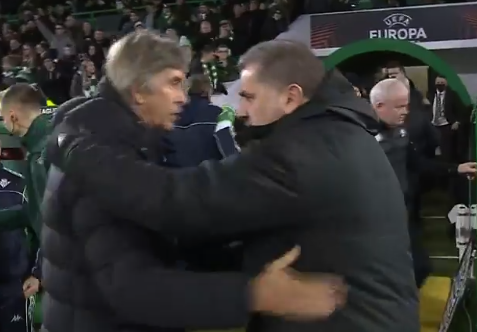 Postecoglou commented: “It’s not a concern. It’s obviously something we want to get on top of, but it’s not new to me, either.

“The way we play – and at the clubs I’ve been at – I kind of understand that the beginnings are always difficult.

“We play differently and train differently, so it takes players time to adjust to that and along the way we obviously pay a price.

“People forget that a lot of these guys didn’t do a pre-season with us and came in late, so we’ve been playing catch up the whole way through.”

The Hoops gaffer, speaking to the Sunday Mail, added: “The one thing I’ve never done – and I won’t do in my whole career – is compromise the football team we want to be because we are not quite ready to be there. 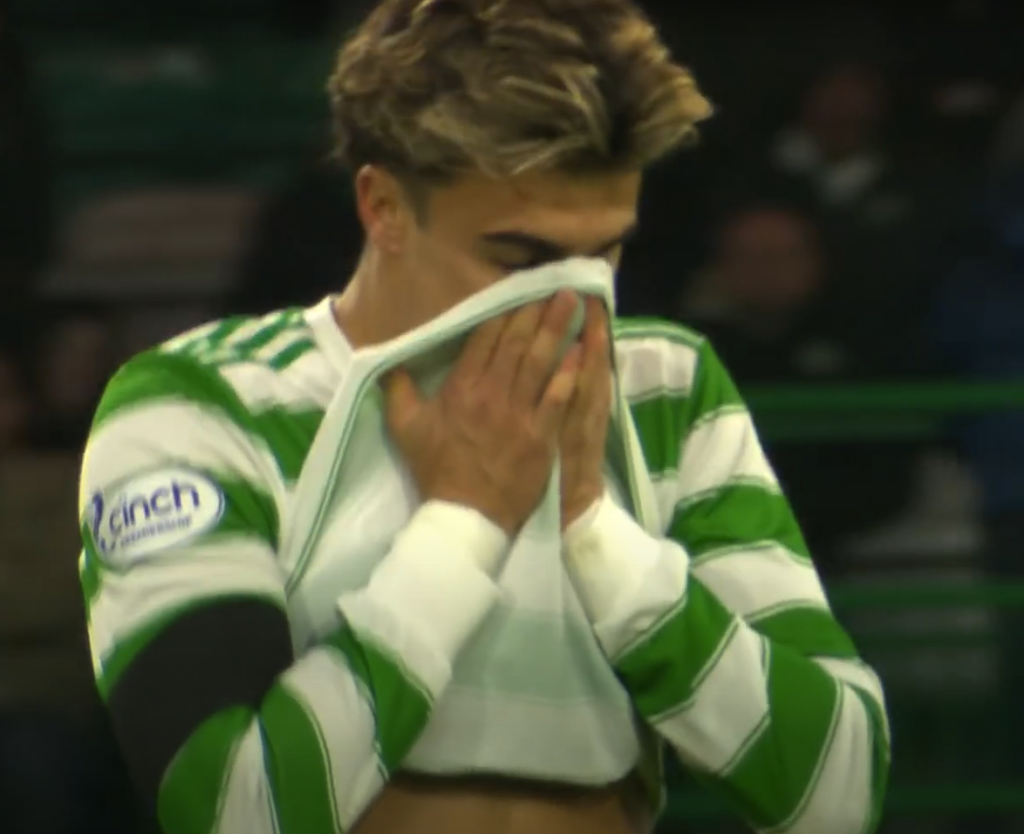 OUT…Filipe Jota faces a spell on the sidelines after injuring a hamstring against Hearts on December 2.

“I’d rather keep going at the pace we are going and it means we are going to have some casualties along the way and lose a few. But I still think, for us as a football team and club as we try to grow to be a certain type of side that plays a certain brand of football, it is just part of the process.

“We’ll get better at making sure our players don’t pick up these kinds of injuries, though the fixture scheduling makes it even more challenging.

“That’s because I know in the long-term that it’s going to give us the success we need.”

Celtic will continue the pursuit of precious Premiership points against a Well team they beat 2-0 at Fir Park in October and they will turn their sights on the trip to Dingwall to face Ross County on Wednesday evening.

A week today, Postecoglou will be within 90 minutes of winning his first silverware as Parkhead manager when the Hoops take on Hibs in the Premier Sports League Cup Final at Hampden.